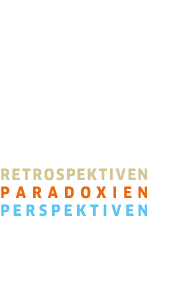 The First World War, the Olympic Winter Games in 1984, and the city’s siege from 1992 to 1995 are the three most important events in the modern history of the capital of Bosnia and Herzegovina. After the assassination at Sarajevo and World War I, when Bosnia and Herzegovina nominally sided with the Dual Monarchy, the demographic structure of the country changed dramatically. Austro-Hungarian rule, which was mainly positive for Bosnia and Herzegovina, was succeeded by the Kingdom of Serbs, Croats and Slovenes, whose very name already failed to include Bosnia and Herzegovina. Land ownership and population structure shifted radically in favor of Serbia and Serbs, and it was not until the 1970s that communist Yugoslavia managed to restore some balance, when Bosnian Muslims got the nominal right to declare themselves nationally.

The 14th Olympic Winter Games in Sarajevo were the crowning highlight of a positive era for Bosnia and Herzegovina, i.e. those two decades from the mid-60s to mid-80s when the communist leadership under Branko Mikulić and Hamdija Pozderac partly relaxed the totalitarian constraints and when Bosnia and Herzegovina won fairly equal status with the other Yugoslav republics at the level of the Yugoslav Federation. Contrary to the wishes of parts of the Yugoslav government to hold the Olympic Games in Slovenia, where winter sports and the infrastructure were more highly developed, the games came to Sarajevo and were an absolute festivity for all participants. It might even be said that the Sarajevo Olympics ended the crisis of the Cold War. Let’s recall that the Americans boycotted the Moscow Games in 1980, so the Soviet Union expected that American athletes might also be absent in Sarajevo. The general assessment was that the Sarajevo Games had been the best-organized Olympic Games to date, which won the city international respect and made it look as if Sarajevo had met one of its most important challenges.

This was not the case, however. The fall of the Berlin Wall and the disintegration of Yugoslavia was followed by a bloody war unparalleled in modern European history. All global media reported on the heroism of the inhabitants of Sarajevo who defied the intolerable, uncivilized conditions: without electricity or water, and under constant artillery and infantry fire, the inhabitants of Sarajevo had the strength to keep up their civil and even their artistic life. Besides famous visitors such as Susan Sontag, Bernard-Henri Levy or Joan Baez, the inhabitants of Sarajevo gave a higher dimension to Sarajevo’s resistance, the feeling that they were not only defending their city, but basic human principles.

What is Sarajevo today? It is a city that is changing, but also a city that remains the same, where there is much to discover and ponder for inhabitants and visitors alike. Sarajevo appears to be somewhat on the defensive, which may seem paradoxical. The city is spreading and growing, yet it seems to be lacking in substance to bring forth something big. This is not unusual, however, as far as history goes. There can be hardly any doubt that Sarajevo will make itself heard again with a historic event. This seems to be the city’s destiny.

Is the echo of Gavrilo Princip’s desperate gunshots still audible in today’s society of Bosnia and Herzegovina? Indirectly yes, since some yet unresolved conflicts are rooted in the time of the final dissolution of the Austro-Hungarian Empire which, although already rotten and ready for decay, for us at least brought a great deal of good. What lessons can we take from the past one hundred years, and why is it important for Sarajevo to regain its place on the map of Europe’s cultural capitals by dealing with the First World War? Because the future is best realized by properly interpreting and assessing the past. It is impossible to know what would have happened if Princip had turned around, but there is no doubt, had there been a little more understanding for the nuances and a little less emphasis on the interests of the great powers, that the conflict of the First World War would not have served as the model for the subsequent catastrophe that was World War II.

Today, Bosnia and Herzegovina and Sarajevo are in a situation where they must take care of their own destiny with the help of external factors. This will not be easy since the dysfunctionalism of the existing political system undeniably encourages those forces that are fundamentally opposed to integration. Still, the long, difficult and troublesome negotiations that continue from day to day are better than war. This is a country where “a speck of joy is paid with pure gold,” as the great Ivo Andrić wrote. It is also a country in which certain political incidents resonate more loudly than in other, more “normal” and well-ordered settings. This is why it is important to properly understand the last one hundred years. So that we can lead a better and fairer life in the next one hundred years, without the shadow of great wars and personal mistakes hanging over us.
Ahmed Burić,
born in Sarajevo in 1967, is a journalist, translator and lecturer in investigative journalism. He writes for several magazines, hosts a radio show on public radio, and regularly contributes to the popular website sarajevo-x.com.

PERSPECTIVES: Back to Overview >>