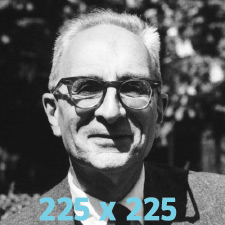 What are, in your view, the major issues and problems with respect to the Global South?

The regions that make up the “Global South” share an historical legacy of colonization and exploration, from which emerge issues and problems that are relevant to the entire region. These problems extend as much to material life, the local economy and the market as they do to the field of production and symbolic relations. With respect to the latter, the field of culture, this raises some fundamental questions: How to construct references and horizontal relations that no longer depend on the mediation of the (former) metropoles? How to value local traditions that are beyond the framework that defines European culture? How to deal with the complexity and the abundant fusion of traditions that characterize the region? How to deal with gender issues? How to record the voice of the descendants of the people who were massacred during the colonial period? While the “Global South” needs to confront these difficult questions, it also can and must be at the center of unusual encounters and the development of new perspectives worldwide. What are the contributions that the “Global South” would have to make in order to solve planetary problems? How to tackle ecological issues or confront late capitalism, taking into account the perspective and the history of these regions? Including the “South” perspective in the debate about the planet is an essential step.

And where are the gaps in the South-South dialogues? ?

Over the past years we have seen an effort to construct alternative spaces and institutions for South-South communication and horizontal interaction. But still, these bridges are few and fragile. In the field of the Humanities, we continue to think essentially from historically traced relationships between colonies and metropoles, giving priority, for example, to the relations between Latin America and Europe or the United States and looking very little at the enormous connections between Brazil and its neighbors, Brazil and Africa or Brazil and Asia. In the cultural context, we need to invest not only theoretically, but also in practices that involve South-South communication. We need to get to know the “Global South” in order to find similarities and differences and to introduce them in the field of our social imagination. There’s a lot to do.

How does the episode “Conversations with Objects” relate to these problems?

Conversations with Objects was designed to generate a critical approach with regard to theories and practices in the field of Art History and Visual Studies. As a European discipline, born in the 19th century, Art History developed as the study of European legacy as much in Europe as it did outside its borders. The theoretical tools and practices were designed to grapple with this reality, one of the major ones being the practice of comparing photographs. So, until very recently, all of the other visual traditions across the planet were incorporated into the larger tradition as only modified elements of the European tradition. A few decades ago, art historians have sought to reconsider their canons and theories, in order to expand the field beyond this European legacy. We want to consider the importance of the different visual traditions present in various regions, using their own terminologies and opening space for alternative discourses in Art History and in the new discipline of Visual Studies.

Conversations with Objects creates conditions conducive to the emergence of these debates, first by rejecting the traditional slide format for the presentation of objects and to promote direct confrontation with the materiality of the object. At the same time, we always present objects that resist traditional discourses of the field and we invite various experts in visual culture, whether art historians or not, to have a conversation with the work and with the public. The effect has been powerful, constructing new ways to decolonize the discourse and establishing new relationships with these objects and their cultures of reference.

Claudia Mattos is a professor at Unicamp and director of the project Expanding Art History: Teaching Non-European Art at Unicamp, funded by the Getty Foundation in Los Angeles.