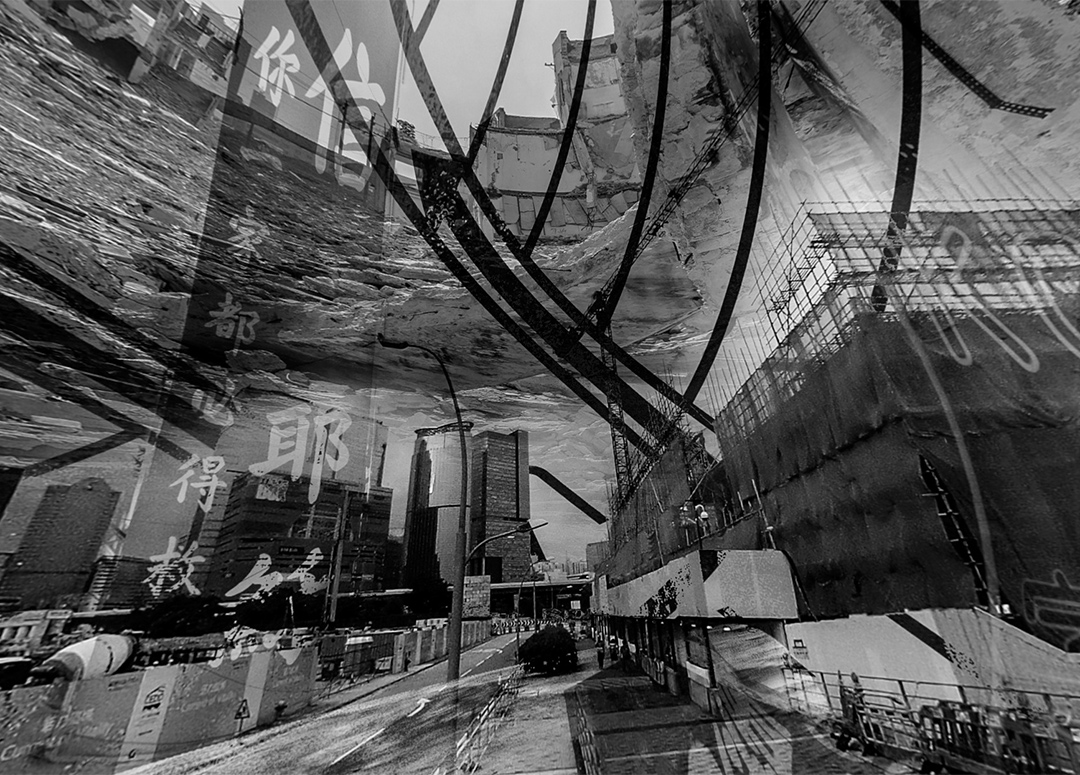 "(Don't) Dare to Dream" is a series of digitally manipulated imagery taken in places where massive redevelopment projects in Hong Kong are going on. Through these 360-degree images that depict the reality and the surreal imagination at the same time, the artist expresses his anxiety for the uncertain prospects of Hong Kong.

Dustin Shum is a Hong Kong based documentary photographer. He graduated from the Hong Kong Polytechnic University with a Bachelor of Arts (Honours) Degree in Photographic Design. Shum has received many awards for outstanding documentary photography over the years, including those by the Newspaper Society of Hong Kong, the Hong Kong Press Photographers Association, World Association of Newspapers and Publishers, and Amnesty International.

In his work, Shum focuses on the relationship between individuals and urban spaces, the living conditions of local disadvantaged groups, and the transformation of Chinese cities and towns in a rapidly developing economy. His works have been exhibited in solo and group shows locally and internationally. His works have been collected by the San Francisco Museum of Modern Art, the Hong Kong Heritage Museum, and private collectors.

Shum has published several photobooks including Live Alone a Life: People with Mental Illness (2007), and Themeless Parks: Photographs by Dustin Shum (2008), Life and Times (2014) and BLOCKS (2014)

He is also a cofounder of The Salt Yard, an independent, artist-run exhibition space dedicated to photography, where he curated a number of exhibitions by overseas and local photographers.