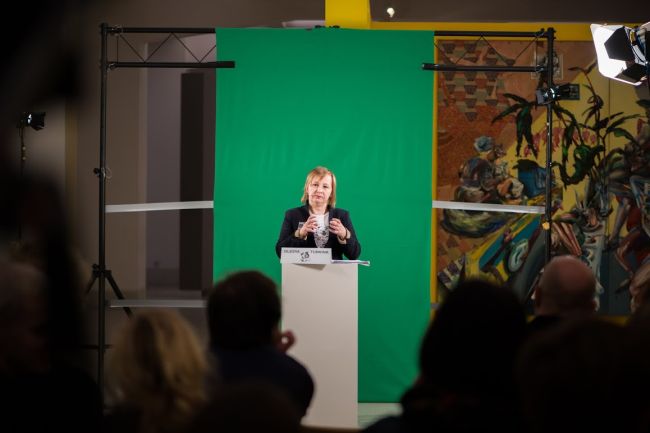 The lecture was dedicated to the dogs who were crucial to the success of the early Soviet space programme. All of them formerly homeless on the Moscow streets, they fitted the necessary profile: small, robust, placid and able to withstand the punishing preparations for space flight. They were also photogenic. On 3 November 1957, Laika was the first Earthborn creature into outer space, giving her instant global fame. Her death a few hours after launching was used to transform her into a symbol of patriotic sacrifice. The lecture reflected on the ideological implications of the popular portraits of the Soviet Space Dogs.
Olesya Turkina, critic and curator, is a Senior Research Fellow at the State Russian Museum and Head of the MA Program in Curatorial Studies at the Faculty of Liberal Arts and Sciences (Smolny College), St. Petersburg State University. She has worked on numerous exhibitions, including Manifesta 10 (St. Petersburg, 2014), Art Basel Miami Beach (2006) and the 48th Venice Biennale (1999), and contributed to numerous publications. Recent books include The Life of Remarkable Monroe (with Viktor Mazin, 2014), Soviet Space Dogs (Fuel London, 2014). Since 1999 she is a member of Russian Federation of Cosmonautics.