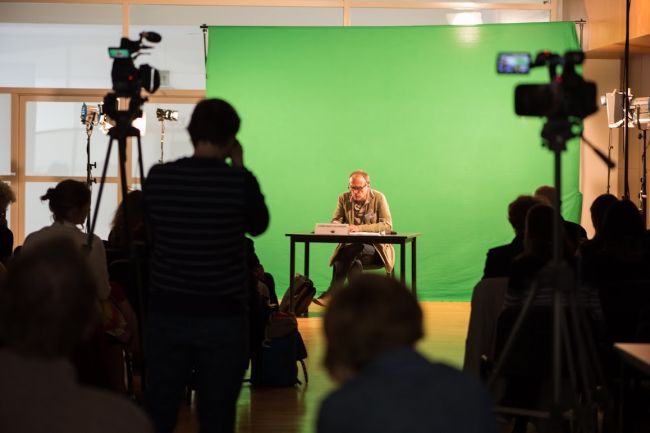 Could we portray an animal without mythological or shakespearean subtexts?

Animals in film suffer from a semantic overload. The fact that even great documentary filmmakers like Sir David Attenborough cannot avoid to stage the fight between fiddler crabs at the beach as an ancient tragedy, shows in how far animals in films are overdetermined by mythology, literature, and philosophy. Nevertheless, the symbolic association machines in these films can break down just because the animal is also there – as animal. This reduction of associations towards the actual animal shall be discussed in regard to three short film portraits.
Cord Riechelmann studied Biology and Philosophy at the Freie Universität Berlin. He was a lecturer for Social Behaviour of Primates and History of Biology and is currently lecturing at the Studium Generale, Berlin University of the Arts. He writes for numerous German newspapers and journals including Frankfurter Allgemeine Sonntagszeitung, Süddeutsche Zeitung, Merkur, taz and jungle world. He is the author of Bestiarium (2003), Wilde Tiere in der Großstadt (2004) and Krähen (2013). In 2011 he curated a program on animals in film at Kurzfilmtage in Oberhausen (with Marcel Schwierin). An essay on the forest is forthcoming with Merve.