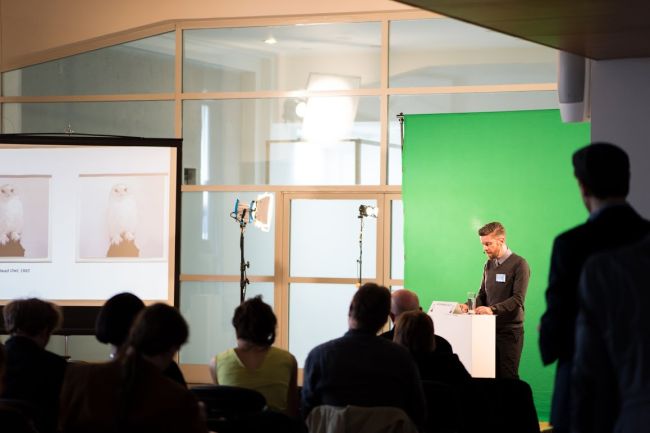 What roles does taxidermy play in our relationship with live animals today? How does it operate as a signifier in contemporary representation? The paper discussed the photographic work of internationally renowned artist Roni Horn, paying particular attention to her work Dead Owl (1997) and the series Bird (1998-2007) both of which involve taxidermy. In relation to these works, I will argue that in opposition to the predominantly negative connotations taxidermy has acquired in human-animal studies discourses, Horn’s approach to taxidermy and the photographic idiom alike constitute a productive problematizer of animal representation.
Giovanni Aloi studied Fine Art – Theory and Practice and Visual Cultures at Goldsmiths University. He is a Lecturer in History of Art and Visual Cultures at the School of the Art Institute of Chicago, Sotheby’s Institute of Art London/New York, and Tate Galleries. He lectures on subjects of modern and contemporary art with an emphasis on the representation of nature and animals. He is Editor in Chief of Antennae, the Journal of Nature in Visual Culture (www.antennae.org.uk). Aloi completed his PhD on ‘taxidermy in contemporary art’ at Goldsmiths University of London in 2014. In 2011 he published Art & Animals with IB Tauris.