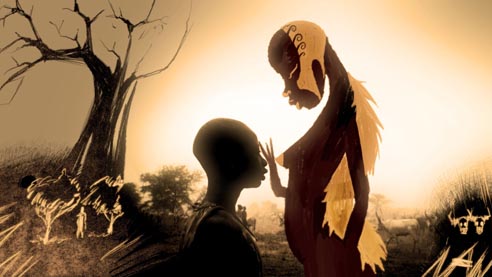 In our time of financial crisis, unemployment worries and migration, people are in search of a new world, with a new and better life. In the western world, people are usually conditioned, even groomed, to believe in a life of “happily ever after”. Yet that can be so far from reality. The dark side of reality must get the respect it deserves. There is no white without black, no happiness without understanding sadness. Our fable introduces us to the most handsome man in the world, Ajang, and the most beautiful woman in the universe, the temptress Achol. From the mythical Dinka world in South Sudan, the story continues to the dreams of living a happy life in Norway

David Kinsella (born in 1964) is originally a stills-photographer from Belfast, presently living in Norway. He has received many prestigious awards for photographers. He made his debut as a documentary filmmaker with the thought-provoking Love Letters from a Children’s Prison in 2005. All of his films have been well received around the world.