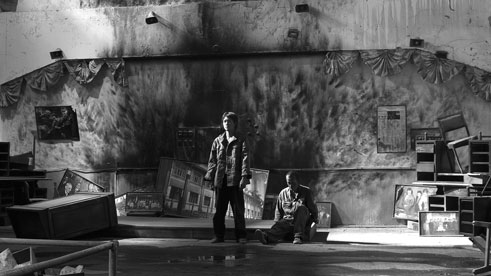 Kim Sora investigates the social codes embedded in the acts and manners of people, and represents them through the various media of installation, video and performance. The process of arrangement and composition of objects and concepts itself is of the greatest interest to the artist. An irregular movement of one point to an indefinite destination is an ongoing project, which has developed following the journey of the Discordant Harmony exhibition. Kim created two short scores for the Seoul exhibition, and produced the scores' performance and its video documentation in Hiroshima. She collaborated with performer Jung Youngdoo to create movements convertible into sound, thus activating the stones that have survived bombs and other troubles for many years.
Biography