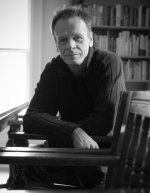 Josef Haslinger was born in 1955 in Zwettl, Lower Austria, and now lives in Vienna and Leipzig. He has been a Professor of Literary Aesthetics at the German Creative Writing Program of the University of Leipzig since 1996. His novel Opernball was published in 1995, Das Vaterspiel in 2000 and Zugvögel in 2006. His most recent book, Phi Phi Island, was published in spring 2007. Haslinger has received numerous awards, most recently the Award of the City of Vienna and the Honorary Award of the Austrian Book Trade.

On December 26, 2004, a seaquake off the coast of the Indonesian island of Sumatra caused a tsunami that killed or injured hundreds of thousands of people, left countless people homeless and destroyed large swaths of land. The island of Koh Phi Phi, which lies a few kilometers off the western coast of Thailand, was also hard-hit by this devastating natural disaster. Josef Haslinger and his family were spending their Christmas vacation there when the tsunami broke. They were lucky: they survived.