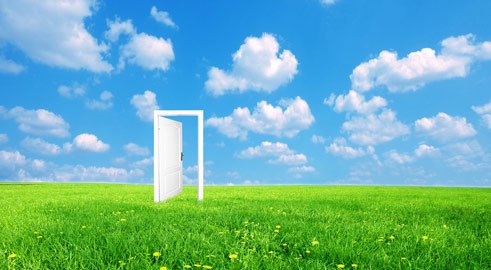 At its World Congress 2014, the IFLA (International Federation of Library Associations and Institutions) adopted the “Lyon Declaration”. Goethe.de spoke with Barbara Lison, director of the Bremen Public Library and member of the IFLA governing board, about the goals, background and opportunities of the initiative.

Mrs. Lison, the Lyon Declaration is addressed to the member states of the United Nations. What exactly is it calling for?

The international community is working on setting the new goals for global development in the period from 2015 to 2020. This is the so-called Post-2015 Development Agenda that will follow on the previous Millennium Development Goals. It’s mainly about overcoming underdevelopment and poverty. At the United Nations, a working group has been established that treats this agenda. The IFLA came to realize that the issue of information plays no role whatever in it. We believe, however, that the free access to information for all is an essential basis for the implementation of the intended targets. We explain this in the Declaration.

What goals do you mean? And how can libraries contribute to their implementation?

Take the goal of “ensuring ecological sustainability”. Here, to begin with, information and orientation are needed about what is harmful to the environment. And what actions and behaviour would be ecologically more sensible. The goals of “achieving universal primary education”, “reducing child mortality” and “promoting gender equality and strengthening the role of women” can’t be realized if people lack a certain basis of knowledge. To these ends we need free access to information. Not the tapping into an expensive database. We want to convey that libraries are a key agent in this connection. But of course we’re not the only ones.

Is it above all about access to digital information? 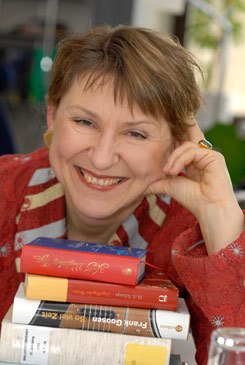 Barbara Lison, director of the Bremen Public Library and member of the IFLA governing board | © Stadtbibliothek Bremen The carriers of information aren’t relevant at all. It depends on what the best way is in each case to get to the information that is needed. On the African continent, this could be digital information. In many African countries libraries are very poorly equipped. Providing digital access to current information through smartphones is easier. This is important because the smartphone is such a common device in Africa. In South Africa, for example, information is made available through the national library system net Sabinet. Not only for library users, but also directly. A lot of information on the Net is put there by libraries, but without being specifically so identified.

What are the biggest hurdles to providing free access to information?

That depends on the region of the world. In so-called developed countries, it’s definitely a question of copyright and licensing. The issue here is that the WIPO (World Intellectual Property Organization) establish conditions for copyright in the digital world, like those that apply to library services in the physical world. In negotiations with the WIPO in 2013, disabled people’s organizations succeeded in lifting the barriers to the use of digital media by visually impaired people. This is now laid down in the Treaty of Marrakech. It was the first breakthrough.

And what is the situation in non-developed countries?

There of course problems such as high infant mortality are more urgent than copyright issues. But to my knowledge, many undeveloped countries are very strong supporters of free access to information at the WIPO. This is unfortunately often hampered by developed countries – for example, the EU. We shouldn’t forget that politics is strongly influenced by lobbies and interest groups. Here large corporations and industry associations have of course more power than a world library association.

What can national libraries do to support the Lyon Declaration?

It’s particularly important that they become aware of it: the International Federation is committed to goals that are also pursued by local libraries. We want to ensure that as many non-library associations as possible also sign the Lyon Declaration. The task of the national library associations is now to gain the support of as many NGOs, associations, political organizations and foundation in their country as possible. So that the United Nations will see it’s not only libraries that are standing up for free access to information.

Even if freedom of information were to be included in the development agenda, wouldn’t it still be a long way to practical implementation.

Such UN declarations are about questions of reference. How often my colleagues and I cite the Declaration of Human Rights! How often we cite Article 5 of the Basic Law: free access to information. These are immensely important references for making clear that we’re not arguing in a vacuum. The actual implementation then looks different in South Africa from in Germany, in the USA or in Singapore. Because it’s then about national commitment, perseverance and the sustainability of the argument.

Patrick Wildermann conducted the interview. He is a freelance cultural journalist based in Berlin.