The Monaliesa Library in Leipzig
“A political place”

It is important to Alexandra Ivanova that this library developed from a grass-roots level. | Photo (detail) | © Private

Alexandra has been regularly going to the Monaliesa Feminist Library. The translator and author started a reading club there – in her opinion the Monaliesa from its history is the perfect place.

A reading club, in which novels written by women from the GDR are discussed – the idea came to me when I took part in a trip organised by the Monaliesa to Chemnitz. We were on the trail of the writer, Irmtraud Morgner. It turned out, however, that hardly any of us had read anything by her. That is when I decided to set up a reading club devoted to novels written by the female writers of the GDR like Morgner – at times a somewhat cumbersome, often neglected group. 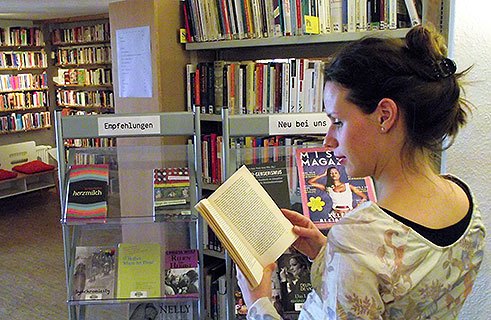 The library has several rooms all under one roof. | Photo (detail) | © Private The staff at the Monaliesa library were immediately thrilled by my idea and offered me not only their rooms, but also their media channels. Nevertheless, I was still surprised, when about 20 interested people turned up for our first sitting! Meanwhile there is a solid core of about 15 women and men, aged between 20 and the mid-seventies, all coming from different backgrounds. At the moment we are reading Brigitte Reimann's novel, Franziska Linkerhand, covering one chapter in two sessions per week. Everybody can contribute to the discussions with questions and theories, and again and again we also read passages aloud, in order to remain as close as possible to the text. Then we discuss gender relations in the early GDR, the prefabricated architecture of the GDR’s apartment blocks or authenticity as a criterion. 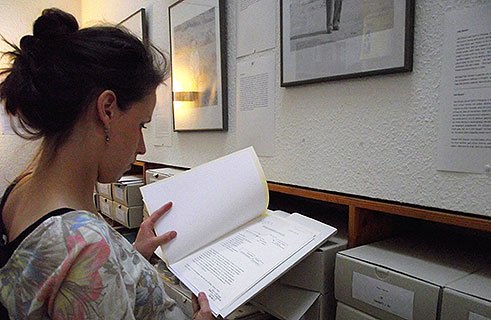 The reading club ist devoted to novels written by the female writers of the GDR. | Photo (detail) | © Private The fact that the Monaliesa in my opinion is the perfect place for the reading club stems from its history as a feminist library. It was originally founded in 1990, as an offshoot of the civil protest movement at the time of the fall of the Wall. It is important to me that this library developed from a grass-roots level, a library for a movement – for the feminist movement and for the movement that wanted to change the GDR. As such, in emancipatory terms it is entitled to claim to be the promoter and protector of the struggles of social movements in literature and documents. Right from the beginning, all kinds of “gray literature” was collected, i.e. public appeals, handouts, the minutes of meetings of different GDR women's groups and much, much more. This political archive will also soon be available to the public in digital form. 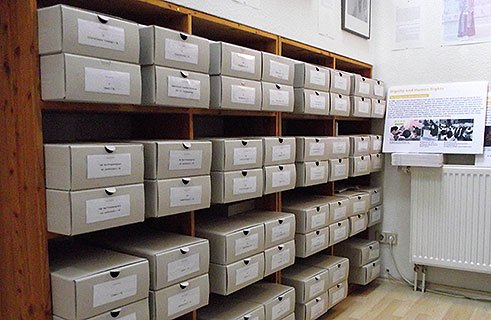 Hidden treasure - the so-called “Gray Literature” section, an archive with previously unpublished documents about the women's movement in the GDR. | Photo (detail) | © Private Things, however, did not always go so well for the Monaliesa – it was actually closed for three-quarters of a year. However, in 2014, a group of committed women, who in collaboration with a new sponsor, Lotta e.V., convinced the city of Leipzig that the library should be institutionally supported. My first visit to the Monaliesa was for the grand reopening.

I do not just go the Monaliesa to read or borrow books, but also to exchange ideas and to do some networking. The library staff organises lectures, readings, exhibitions and day trips. In addition to feminist academic literature, fiction and magazines, there are children's books and books for young people, not to mention films with strong heroines. As you can see, children and young people are also welcome in the library. It sometimes gets a bit loud, but I am glad they are there. This library is for me a political place, and that means dealing with contradictions and different needs. That means it sometimes has to be loud. 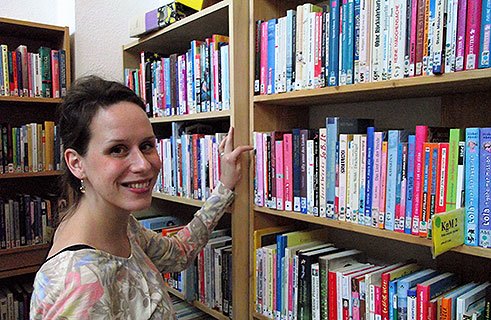 Not for grown-ups only: there are children's books and books for young people, not to mention films with strong heroines. | Photo (detail): Private

The Monaliesa – Feminist Library was founded in Leipzig in the period of political turmoil of 1989/90 by women who were active in the civil protest movement. Here you will find academic literature, fiction, audio books, graphic novels, magazines and films on topics such as gender, feminism and women's movements. A special part of the library is the so-called “Gray Literature” section – an archive with previously unpublished documents about the women's movement in the GDR and during the peaceful revolution of 1989

Alexandra Ivanova (born in 1988) studied Japanese and sociology. She lives as a translator, author and avid bookworm in Leipzig and is a fan of outside the box - a magazine for feminist social criticism.

By now it's generally known that libraries do far more than lend books. They are in fact educational and information centres, places of learning and creativity. They can bring people together - and sometimes even be life-changing. What makes a library a favourite spot? Users tell us in the series "My Library".