A retired teacher, Mirta E. has an extensive private library. She visits the “Casa de la lectura” mainly because it offers her an opportunity to chat to like-minded people and learn new things.

In 2011 an acquaintance invited me to accompany her to the Casa de la lectura. Initially I took part in a writing workshop, but then quickly found a place for myself in the book club. I really liked sharing my thoughts about books I had read with other readers. I have visited the club regularly ever since. We read one novel each month: the classics, Latin American and Argentinian literature. We are open to all genres and directions, as we enjoy knowing about and discovering many different works and types of literature.

Partly for fun, I began writing an e-mail to all the club members after each of our meetings. This also served a serious purpose, however: I would report to those who had missed the meeting on the topics we had discussed. Sometimes I would also supplement the information provided by our group leader with my own research. For example, I would attach information about the author who we had been talking about, or would include recommended reading for learning more about the topics dealt with in the novel. These weekly e-mails quickly became established and for some time now have been my official task, as it were. With four book club meetings now offered each week, I attend all of them and write an e-mail afterwards in which I summarize the meeting and thus broaden the knowledge of all the different book club members. 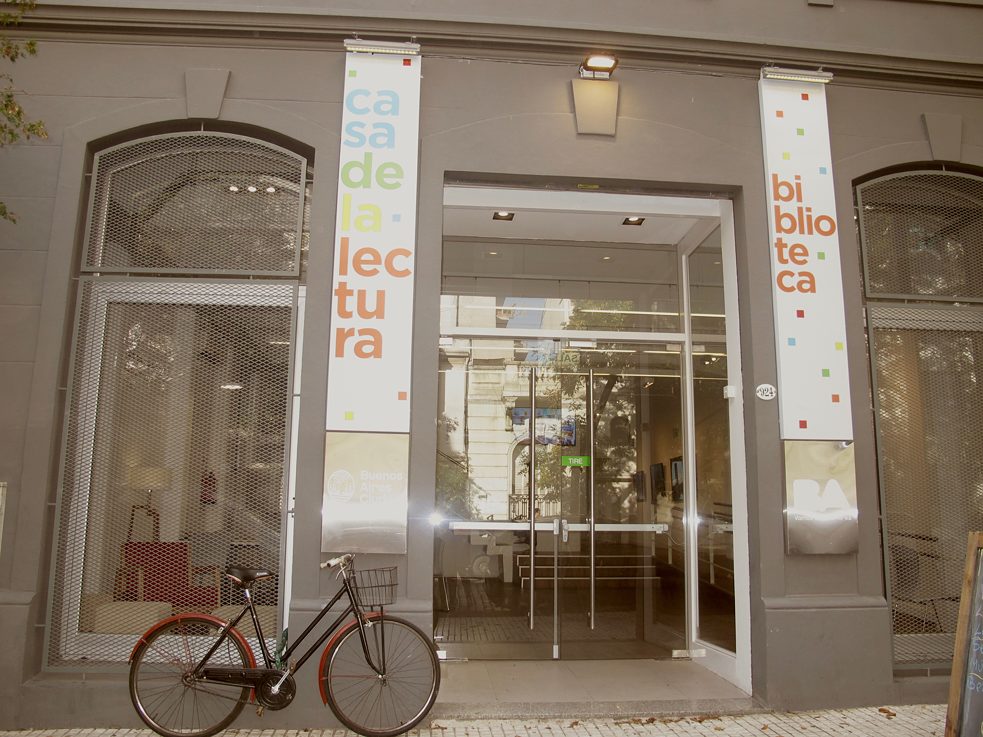 The bright and open foyer at the Casa de lectura | Foto: © Natalia Laube A German friend who lived in Buenos Aires and moved back to Cologne a little while ago still gets my mails each week. It gives her the chance to keep in touch with us; she also forwards my mails to a friend in Kuala Lumpur. I am happy that my reports find their way around the globe and create close links between readers who are scattered all over the world.

Because I have a large private library, I do not borrow books from the Casa de la lectura. I do love taking part in all the activities that are on offer there, however. Besides the book club meetings, I also go to the film screenings on Fridays, and to the storytelling club that is staged by the Mujeres de palabra group. I am a big fan of theirs and idolize them a bit like others might idolize a rock band, as I love listening to their stories – which they tell in a really wonderful way.


In May of last year the library shut for several months. We had been warned this would happen, as extensive work needed to be carried out and the structure of the building would be changed completely. Although we had been prepared for this, it did come as quite a shock to us when the place actually closed. It is true that the building had been a bit gloomy, but it was our place! What on earth would it be like when it reopened? 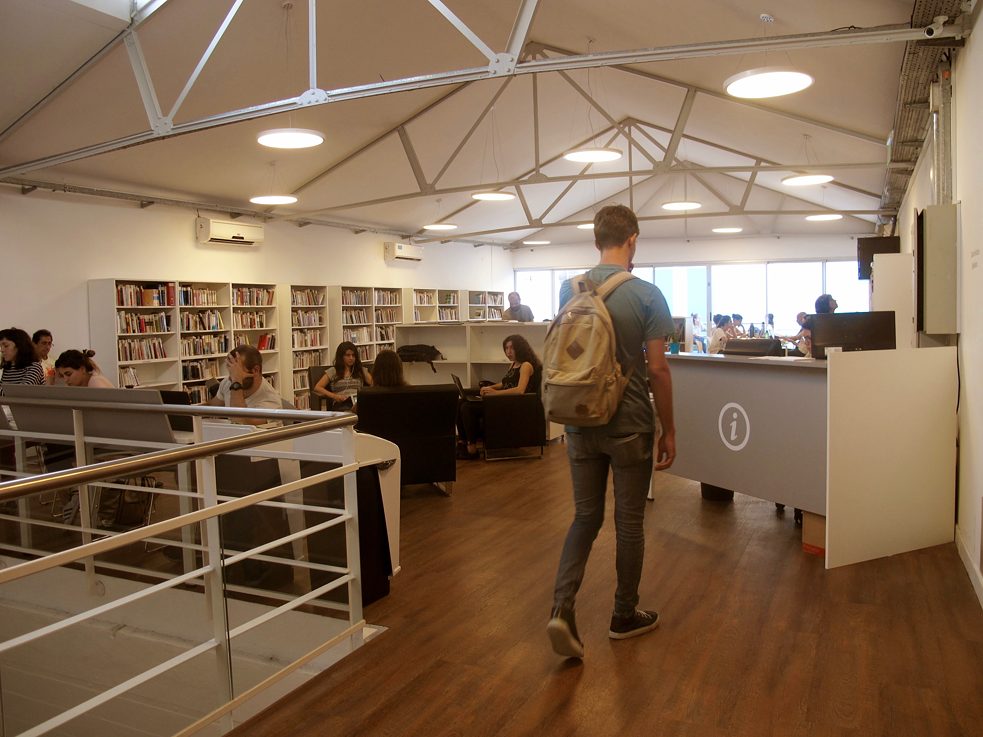 Lots of new visitors to the renovated Casa de la lectura | Foto: © Natalia Laube When we were able to visit the construction site a few weeks later and see for ourselves that the building would be an even nicer place once the work was completed, we were very relieved. As frequent users, we had been asked at the start of the renovation work what our needs were and how we would like the new building to be. We gave free rein to our imagination. One lady said for example: “I would like there to be a playroom for my grandson!”. It was a great feeling to see all of these new things on the building site! And some of our visions even became a reality!

The library has indeed changed a great deal after the renovation: it is now made mainly of glass and is flooded with natural light, and all the rooms are much more open. Now people who walk past the windows outside and glance in can see immediately just how much is going on inside – and feel invited to drop in and get involved. Before, some people in the neighbourhood did not even know that the library existed. Since the reopening I have seen numerous new faces; lots of new visitors are coming and are beginning to feel at home here. This makes me happy: every time I recommend the library to someone who ends up getting really enthusiastic about the place, I feel a sense of pure joy. 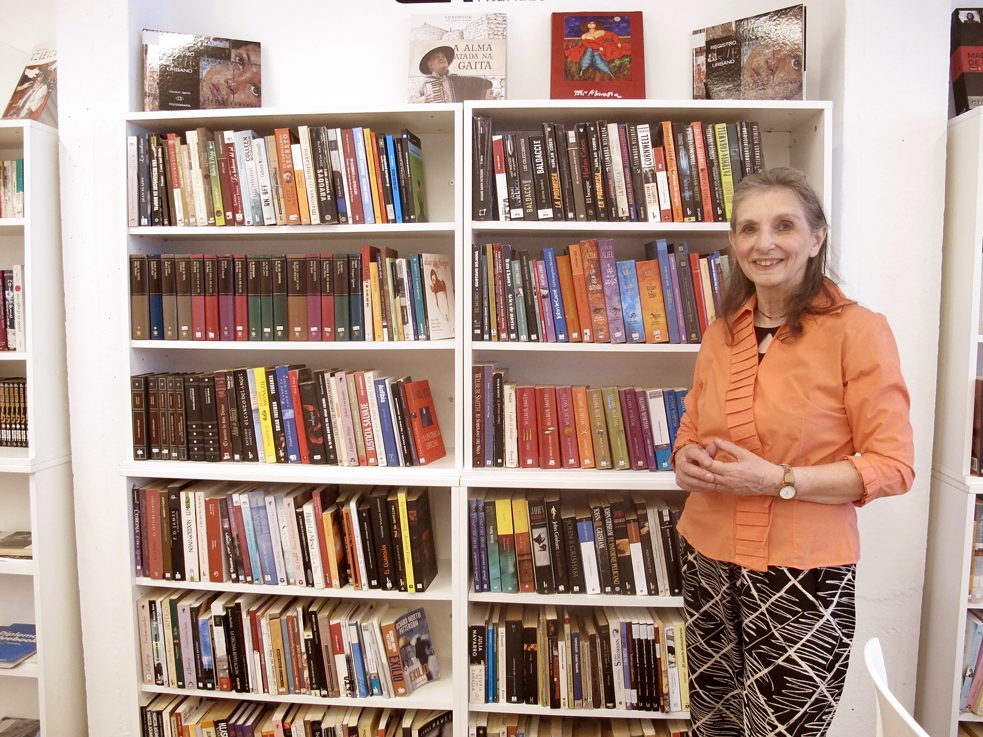 Mirta finds many ideas for her reading groups at the Casa de lectura | Foto: © Natalia Laube

The Casa de la lectura is one of 30 public libraries in the city of Buenos Aires. Though its extensive collection features fiction and non-fiction from all epochs, it is particularly known for its unusual range of contemporary Argentinian literature. Situated in the Villa Crespo district in the centre of the Argentinian capital, the library has been open to users since 2007. The library closed for a number of months in 2017 and was completely renovated and modernized. After reopening, the Casa de la lectura attracted lots of new visitors and was transformed into a cultural space for encounters – these days it is impossible to imagine the city without it.

Natalia Laube, a staff member of the Goethe-Institut Buenos Aires, conducted the interview with Mirta E.