Non-fiction books on the federal election
From Huh? to Ah!

On 26 September, Germany will elect a new Bundestag and thus also a new Federal Chancellor. On this occasion, we present a small selection of current non-fiction books on the topic.

Germany has the choice on September 26th. But all potential candidates for chancellor have their problems. Annalena Baerbock of the Green Party has manipulated her résumé a bit and
and is confronted with accusations of plagiarism in the context of her book Jetzt. Wie wir unser Land erneuern (Now. How we renew our country). Armin Laschet of the the centre-right CDU is staggering towards the election as a breakdown candidate, his Rhineland cheerful nature was not helpful at every moment. Olaf Scholz of the Social Democratic Party (SPD), who portrays himself as the male version of Angela Merkel, benefited from an unexpected high in the polls, but is regarded as brittle and most recently came under pressure because of a raid on the finance ministry he heads.

The result of the federal election on 26 September is open, and the election promises to be exciting. In addition to the usual biographies of politicians or self-portraits, several political non-fiction books worth reading have appeared on the book market, also for younger readers.

End of the Chancellorships 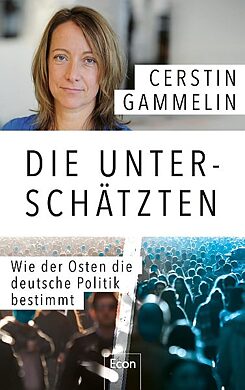 © Econ Cerstin Gammelin takes a different look at the influence of East Germans in federal politics in her book Die Unterschätzten (The Underestimated). East Germany is often reduced to the right-wing populist political party Alternative für Deutschland (AfD), the radical right-wing scene or nostalgia for aspects of life in Communist East Germany (called Ostalgie). In interviews and analyses, Gammelin reveals what East Germans have achieved in the past 30 years – despite all the biographical breaks and political mistakes in the unification process. She argues that although East German voters do not decide who becomes chancellor, hardly anyone can enter the chancellor's office against the East. Gammelin's book “is one that tries to tell stories that are otherwise rarely told, that aims to give a new insight into the five East German states and tries to build bridges”, says Katharina Hamberger on Deutschlandfunk. 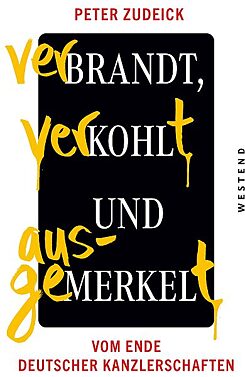 © Westend In Angela Merkel. Die Kanzlerin und ihre Zeit (Angela Merkel. The Chancellor and Her Time), Ralph Bollmann reviews the current incumbent's sixteen years in office. It is a restrained account, praises Stefan Reinecke in the daily taz, “for now a standard for Merkel research”. If you are looking for a pointed review of all German chancellors, you can turn to Peter Zudeick's Verbrandt, verkohlt und ausgemerkelt. Vom Ende deutscher Kanzlerschaften. The end of all chancellorships has had a stale aftertaste, the journalist writes in the preface: “At some point the paint comes off.” Let's be surprised how much paint will be on the next chancellor.

Children and young people hardly feature in election campaigns because they are not allowed to vote until they reach the age of majority. So they are a rather negligible target group for the parties. Not so on the book market. Several books have been published for the voters of the future. The thin booklet Demokratie für Einsteiger (Democracy for Beginners) by Anja Reumschüssel and Alexander von Knorre is aimed at children and explains important terms from politics and society in a clear and entertaining way with numerous comics. 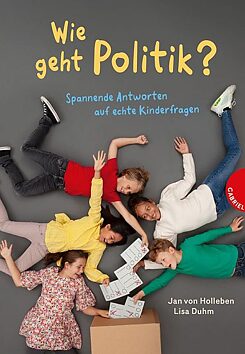 © Gabriel In Wie geht Politik? (How does politics work?), Jan von Holleben and Lisa Duhm offer slightly older children a first overview and answer questions about the political system, the EU, parties and elections. In How to Politik. Von Hä? zu Ah! (How to Politics. From Huh? to Ah!), the 18-year-old blogger Livia Josephine Kerp provides answers to the questions of her generation and explains how to become active oneself. After reading these books, children and young people will certainly be more politically aware and enlightened than some adults.