The filmmaker and writer Oskar Roehler has come out with a novel about growing up in 1960s Germany. The story is set in a small provincial housing estate, a microcosm that reveals the flipside of West Germany’s economic miracle – from the children’s perspective. 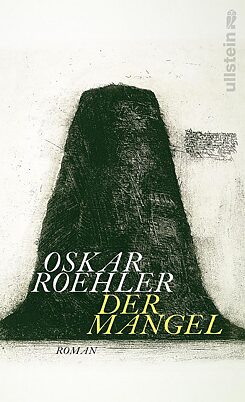 © Ullstein A steep road leads up to a housing estate for post-war immigrants, ethnic Germans displaced from East Prussia, Pomerania and Silesia, in a Franconian village. The newcomers have met with hostility from the local farming community and are having a hard time fitting in. West German society seems to them “like a viral cloud invented by the American Secret Service and pumped into this country,“ writes Roehler, “which still wasn’t their own“.

This new housing estate is called Die Hut (meaning “care“, “protection“ or “custody“), but the horde of children here are left to their own devices, leading the feral lives of “therianthropes“, i.e. mythological creatures that are part human, part animal: “We had grown up outside of society up here, and were growing further and further away from it.“

MOTHER AND FATHER: A BEAST OF BURDEN AND A LONER

But at some point school breaks into the children’s lives. Some of them totally reject what they perceive as a state-run brainwashing institution with its boorish teacher figures. Fortunately, however, one of the fathers has already taught the kids to think for themselves. A chapter called “Ode to a Teacher“ is devoted to Mr Behrend, a devotee of the Austrian educational reformer Rudolf Steiner, who gives the children lessons in his vegetable garden and reads them poems by William Wordsworth, John Keats and William Blake. “His personal charisma endowed his bold experimental teaching with a particular power of persuasion.“

Oskar Roehler's latest novel Der Mangel (“The Defect”) is also about reprocessing the narrator's family history. His mother, whom he describes as a beast of burden, wastes away in daily drudgery as a housewife and eventually shows the “first signs of a silent and harmless madness“. His father is “the most solitary of loners“, a man who considers "earthly existence a kind of penal servitude“. He adapts to his job as a traveling salesman, even though he is wholly unsuited for it. The final act of his father’s efforts to adapt involves driving lessons with an instructor whom he loathes and who “stinks of shit from between the ribs of his greasy sweat-soaked corduroy trousers“.

CHILDHOOD: A “BRIEF SPELL OF HAPPINESS”

The individual chapters form brief narratives that could stand alone, such as the chapter entitled “Zusammenhalt” (i.e. “Cohesion” or “Sticking Together”), in which Roehler describes how this horde of children, who are only about five years old, completely elude parental supervision – and society as a whole, in fact. These waifs spend days on end at an abandoned building site hurling lumps of clay out of the excavation pit until they are utterly exhausted, escaping from a reality they perceive as pointless through this monotonous, mind-numbing activity.

The novel suggests that West Germany did not produce happy people back in the early days of the Republic – despite, or rather precisely because of, all the propaganda about the economic miracle on the Rhine. Even Roehler's childhood was, in hindsight, but a “brief spell of happiness, like a mirage [...] constantly fading in front of our eyes”. For even such a wild and free childhood comes to an end at some point. And even those who later turn out to be successful fail and, “whilst being showered with honours up on stage, gaze into the abyss below”. Man was, is and always will be a defective creature. This is the gist of the story, which isn’t exactly uplifting, but is quite poignantly told.