Goethe-Institut | created with Canva | CC BY 4.0

Russians are really incredible in their ability to think creatively. I have made a short list of practices that appeared in Russian libraries during the isolation period. Please welcome five digital case studies, showcased exclusively for the Goethe-Institut. 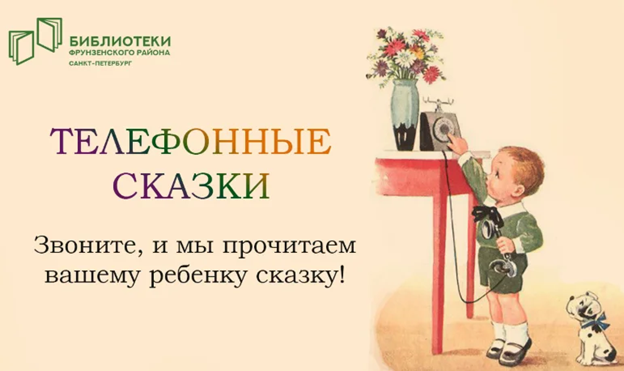 Poster text: ‘Call us and we will read your child a fairy tale!’ | Screenshot by Ilya Rogovenko | CC BY-SA 4.0

The most popular library innovation of this COVID-19 season in Russia is ‘Tales by phone’. The idea is very simple: you can telephone the library, and one of the librarians will read a story to your (or someone else's) child. As a rule, the reading lasts from twenty to sixty minutes. The book is read to each child individually, and the librarians also take requests.

This simple idea has been extremely well-received among library users. The librarians who came up with the idea are in demand on radio and TV: almost all the mass media have reported on the initiative and the Minister of Culture mentioned them as an example of successful practice during the COVID epidemic.

Screenshot by Ilya Rogovenko | CC BY-SA 4.0 During the quarantine, the number of online music concerts increased dramatically. Everything started moving online, and we immediately realised that this was an opportunity to gather together people from all over the country and beyond in one virtual place. We decided to try to work with poetry, and the ‘Link’ project offering online readings for poets was born.

It looks like this: several poets gather at the appointed hour in an online room. We use WhereBy because it looks cooler than Zoom. The hosts announce the poet, the poet reads their poems for 10-15 minutes, all this mixed with casual communication. The broadcast takes place on social networks, generating tens of thousands of views. Now more and more libraries are joining the project and offering their own formats, including literary discussions and storytelling evenings.

Screenshot by Ilya Rogovenko | CC BY-SA 4.0 Few people today can be surprised by an online lecture or masterclass. If you collect a lot of such events, it is quite possible to put on a fully-fledged online festival. This is very convenient, because instead of advertising several small events, you can advertise one large festival that will potentially provide an audience to everyone.

A good example is the ‘Color of Magic’ festival dedicated to the birthday of Terry Pratchett. This online festival lasted almost a week. One of the most important lessons from this festival is that the literary fan community are willing to participate in the organisation of such events and pay a key part in expanding audiences. 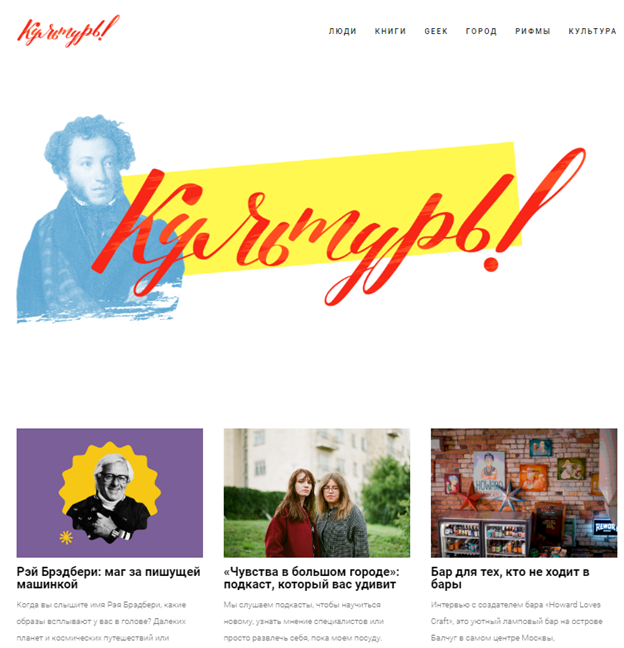 Top digital library magazine Culturise! | Screenshot by Ilya Rogovenko | CC BY-SA 4.0 For one of the capital's library systems (an association of 30-35 libraries), the epidemic has become an important driver for bold personnel reforms. They decided to create an interlibrary editorial office staffed by regular librarians. The title of their project could be translated by the newly-coined verb, ‘Culturise’.

How did they manage to do this? The system's management announced a competition to join the editorial office. Any librarian could participate by completing a creative task, including writing an article on a given topic. In this way, seven of the most talented librarians were selected to form the editorial office. The editors began to publish high quality articles with enviable regularity on a new section of the library system's website. Short summaries of articles are published on social networks, directing visitors to the site, as well as attracting new users to the library's services. 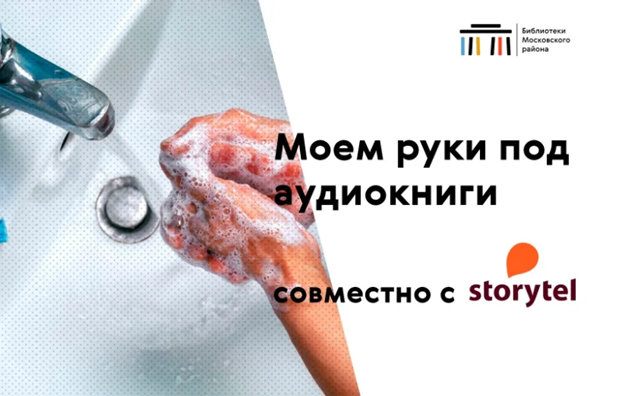 Screenshot by Ilya Rogovenko | CC BY-SA 4.0 What possible connection could there be between audio books and the coronavirus epidemic? Librarians in one Russian library suggested a collaboration with the Storytel audiobook service which is proving very popular. The librarians select passages of 30 seconds in length for people to listen to while washing their hands. Each time you wash your hands, you listen to a new excerpt that Storytel have provided for the project free of charge. Several such collections have now been compiled.

Many more digital projects were produced by Russian librarians, and new activities are continuing to appear. It seems that alongside the negative impact of the coronavirus, there is one real benefit: libraries have accelerated the development of their digital services and now there is no stopping them!

„Emerging international voices“ is a joint project of the Goethe-Institute and IFLA. Its long-term purpose is to establish an international network of young individuals engaged in library advocacy in their countries.