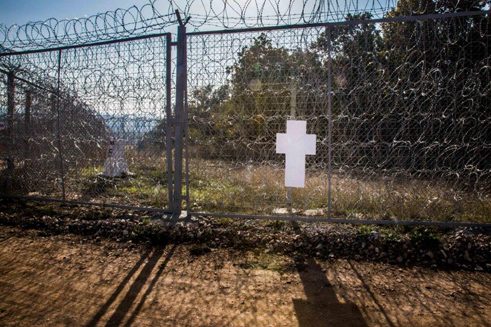 The “White Crosses” at the present | © Centre for Political Beauty