„One could travel around the world with a camera“ 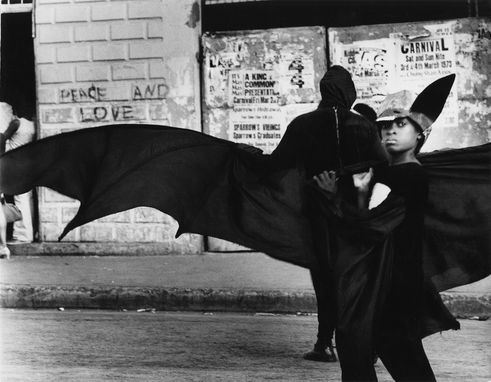 Leonore Mau’s and Hubert Fichte’s life journey together lasted for a quarter of a century. The legacy of the photographer and author continues to inspire artists and researchers.

Leonore Mau, born in 1916 in Leipzig, began her career as a photographer in 1953. At that point she was 37 years old. Just under 10 years later, she moved in with an as-yet unknown writer, Hubert Fichte – and then journeyed halfway around the world with him. Photographer Nathalie David, German studies expert Peter Braun and ethnologist Claus Deimel take a look at their unconventional life and work together.

Nathalie David: “A Citizen of the World” 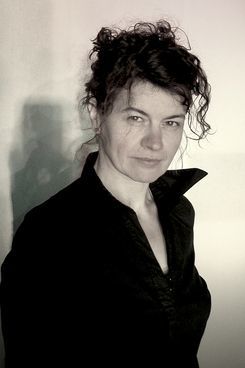 Nathalie David | © N. David She was still and discreet. She was more of an observer. Leonore was very refined and courteous, patrician – utterly un-bourgeois, and she knew five languages. She was a citizen of the world! At the same time she was a stubborn person – in a positive sense: she knew what she wanted.
She gave up her patrician lifestyle with architect Ludwig Mau, who was 20 years her senior, along with the villa in Blankenese. She had already begun photographing there with a Leica, including for the magazine Schöner Wohnen. She had raised her two children, Michael (born 1937), who became a painter, and Ulrike (born 1940), and then took off with Hubert Fichte, 20 years her junior. She moved into a small one-room flat on the Elbchaussee with him. I have a feeling that she had her puberty with him.

She was very generous and free in her thinking. This change was her free decision. She knew that Fichte had a lot of male lovers. He was obsessed with sexuality. She took it in stride, because it was a kind of liberation for her as well. In Fichte´s letters we learn how much he loved her and how important she was to him. He absolutely wanted to possess her physically, even though he was homosexual. Actually, he was bisexual.

He wanted to make a photographer out of her. He believed in her and saw her as his completion. They supported each other. It was a time of experimentation. They worked in a symbiosis and very experimentally, very conceptually. Both nourished themselves intellectually in this way.

After Fichte’s death Leonore Mau did two additional volumes: Psyche (2005) and Die Kinder Herodots (i.e. the children of Herodotus /2006) in collaboration with Roland Kay, the husband of Pina Bausch, with whom she was friends. In 1987 she photographed the series Wuppertaler Architektur (i.e. Wuppertal architecture) and in the following year a portrait series of the Pina Bausch Ensemble. From 1990 until 2004 she created still lifes under the title Fata Morgana: for this project she constructed and collaged masks, sculptures and mementoes very freely with knife and mask, rubber gloves … a very youthful work! Leonore Mau died on 22 September 2013 in Hamburg.
Trailer: “Diese Photographin hei0ßt Leonore Mau” (i.e. This photographer is called Leonore Mau) by Nathalie David

Starting in the early 1990’s, filmmaker and photographer Nathalie David was Leonore Mau’s assistant, helping her archive her immense stock of photographs. She studied fine arts in Nice at the Villa Arson and parallel to this at HfbK Hamburg. A fellowship at the Film University Babelsberg followed. In summer 2005 she accompanied Leonore Mau with her camera, and the film Diese Photographin heißt Leonore Mau (i.e. This photographer is called Leonore Mau; 2005,  54 min.), available on DVD starting November 2016.

A Life Journey Together

“You take photos / I write. / We visit each other./ You make me into a great poet. / And I’ll make you into a great photographer.” That was Jäcki’s plan, Hubert Fichte´s literary alter ego, and Irma – who bears Mau’s biographical features – as proposed in Der Kleine Hauptbahnhof oder Lob des Strichs (1988). They begin their life journey together. They go in search of the unknown, describe it in word and image, synergistically: Portugal, Rome, then in 1969 the first trip to Brazil. They study African-American religions: Candomblé, Voodoo, Santería.

Many thanks to the S. Fischer Foundation for its generous support.

In 1975 Mau won the den World Press Prize for her photo of an African boy with a Blister mask. Then: New York, Venezuela, Trinidad, Benin; Trance cults and tracing their roots back to Africa. From 1974 until 1978 they devoted themselves to documenting psychiatric villages in Senegal. Mau’s photo volume Xango. Afroamericanische Religionen. Bahia Haiti Trinidad with texts by Fichte appeared in 1976. Ethnopoetic studies in which word and image illuminate each other. Then they are off once again on the trail of Afro-American religions: Miami, Grenada, Nicaragua and Haiti. In 1981 they took their last journey together, to Brazil. It was here, in the Casa das Minas in São Luis de Maranão, that Mau’s portraits of Candomblé priestesses arose.

Peter Braun: “Against the Narrowing of the World” 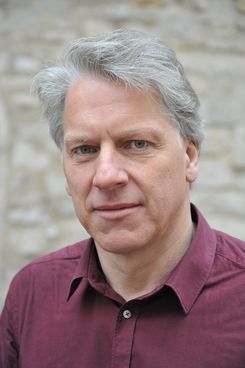 Peter Braun | courtesy Peter Braun The abundance of ritual and sensuousness of Afro-American religions was a source of great fascination to the photographer and the writer. This demanded more than mere documentation. They therefore sought opportunities to capture the atmosphere of the locations and the physical movements of the actors, their gazes, gestures, actions – and the “energies” released in this way. In particular, Leonore Mau often reacted to structures and arrangements in her photographs – and time and again to occurrences between the people before the camera. Above all, the portrait format gains a special significance for Leonore Mau towards the end of their work together. In the faces of the old priestesses in the Casa das Minas she not only traces the long tradition of the oldest Candomblé temple in Brazil, but also concentrates in them her almost 15-years of photographic experience of the Afro-American world.

In their works, both move along the narrow boundary between ethnology and art. Like scientists, they seek to comprehend Afro-American syncretism. They are interested in both the life stories of the people who participate in these cultures, in their motivations and hopes, as well as in the political and social conditions under which they live. However, their artistic presentation does not aim for a reflected, intellectual discourse. On the contrary, they see in this a “neo-imperialistic victors’ language.” They wish to keep close to the persons, do not want to speak about them, but up close with them – and this always includes a speaking about themselves. Leonore Mau’s works are no “victors’ photographs” – that expose their subject to the viewer down to the last detail. They bear witness to discretion and nearness.

Peter Braun is an expert in German language and culture and directs the Writing Centre of the Friedrich Schiller University Jena; in addition he teaches and researches literature, primarily of the 20th and 21st centuries. One key topic is the life and work of Hubert Fichte, on which he has written, among other things, the introduction ›Eine Reise durch das Werk von Hubert Fichte‹ (i.e. a journey through the works of Hubert Fichte /Fischer Verlag, 2005). Most recently he edited Hubert Fichte’s letters to Leonore Mau under the title “ Ich beiße Dich zum Abschied ganz zart heraus”  (i.e. in farewell I’ll bite you out very tenderly” / Fischer-Verlag, 2016) 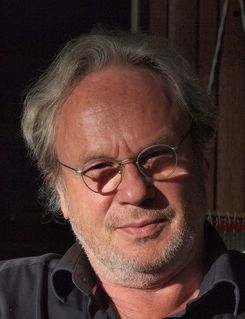 Claus Deimel | © Captain Globo, 2016 The works of Leonore Mau and Hubert Fichte reveal a heretofore rare unity of poetic text and photography. Both authors would have been inconceivable without their mutual translation of sensing and seeing. Here, on both sides, what Hubert Fichte termed “sensitivity“ (Empfindlichkeit) is lent a texture of sorts: in the image as spontaneous transposition of a powerful sympathy for the rites of the persons being depicted and for the persons themselves, in the text as an attempt at a meticulous record of the events and their accompanying circumstances.
Of particular relevance to ethnology is the unity, the cooperation for a poetic conception, which incidentally Fichte did not describe as art, or for that matter as ethnology, but instead as part of a “history of sensitivity.” In this project, both take up the discrepancy between subjectivity and objectivity, and do not seek to overcome it, but instead to describe it through a wealth of detail. In this very process of objectification the photographer and text author remain continually present. For ethnology, Mau and Fichte have retrieved the value of precise description.
In many cases, Fichte’s texts are translations of Leonora Mau’s images, and thus in a certain way pictorial descriptions. During a ritual, the photographer perceived other things, and only in retrospect did he develop texts. Fichte opened up a new world to Mau ­ who prior to her relationship had photographed mainly architecture – which she gave back to him in her images as bases for his texts. Both authors avoided the sentimental gaze on the initially alien-seeming image of the other. In this way, they succeed in achieving a decidedly crude documentation of what they felt to be beautiful.

As part of the regional project “Hubert Fichte – Liebe und Ethnologie” (i.e. Hubert Fichte, love and ethnology), the Goethe-Institut Porto Alegre presents the exhibition “A casa de Leonore Mau” (i.e. at home with Leonore Mau). Over 100 photos will be shown that Leonore Mau took on several journeys from 1969 until 1982 in Bahia, Rio de Janeiro, São Luís do Maranhão, Brasília and Porto Alegre. With a few exceptions, these photos have never been shown before in Brazil. At the invitation of the Goethe Institut Porto Alegre, and in collaboration with Nathalie David, curator Prof. Alexandre Santos, professor of fine arts at the Federal University of Rio Grande do Sul, Brazil, travelled to Hamburg in July 2015 to select photos from the estate of Leonore Mau at the S. Fischer Foundation. The exhibition will open on 17. November with a lecture by Diedrich Diederichsen.

Ulrike Prinz is a cultural scientist, freelance author and editor.