Photobooks
Something to Touch 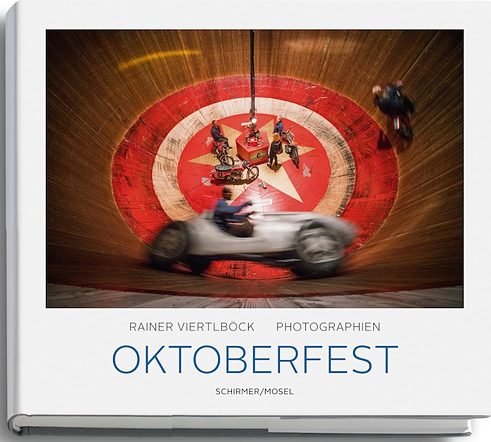 Each year at the largest international photographic art fair Paris Photo, 30 publishing houses present their newest photobooks and thus apply for the Book Award. Ulrich Pohlmann, director of the Munich Stadtmuseum’s photographic collection, discusses the German photobook market, its specific features and its future in the age of digitalisation.

Herr Pohlmann, in your opinion how is the situation on the German photobook market?

I think the situation is quite good, because we have a large number of publishers who are continually issuing photobooks. The best-known are of course Schirmer/ Mosel, Steidl, Hirmer, Prestel, Hatje Cantz, Kehrer, Kerber, these are the players, just like Peperoni Books, Revolver and lots of smaller publishing houses, that are now implementing their own programmes. What’s interesting here is that established art publishers have also included photography in their programmes.

Have there been changes in the publishing industry due to digitalisation?

Digitalisation has primarily affected the production process. Because today everything goes faster, books can be produced in much less time. While in the past, copy deadline was set at three months ahead of time, today eight weeks will do. This means that both the scene as a whole and production is much more fast-paced. Competition through digital offers is not yet all that noticeable, as in poetry and fiction, because the emphasis is on haptic experience. And this is also evidenced by the fact that there are so many different photobook festivals in which even mini-publishers are actively involved. This also continually confronts artists with the question of whether to embark on the path of self-publishing, in other words to seek out other distribution channels.

In the past, wasn’t publishing a photobook with a prominent publisher an important first step in a photographer’s career?

Yes, and I believe it still is today. The photobook is a distinct means of expression. After all, it also documents the oeuvre in a different way than an exhibition does, which is more of an ephemeral occurrence. Books as a distinct narrative are a significant part of artistic work today.

How should one imagine a photo festival?

One attraction is of course the book awards, the prize-winning books. For instance Paris Photo, the largest art-photography fair in Paris, has a book award that is realised with an American foundation, the Aperture Foundation, there the most interesting photobooks that have been submitted beforehand will be judged by a jury. There is a shortlist and then the prizes are awarded. In Paris in November it’s 30 in any event, which is impressive. There are also some photobook festivals in the German-language cultural area: the German one with the highest profile is held in Kassel. Aside from this, there are smaller festivals in Berlin and Vienna respectively.


How is the German scene perceived and observed?

One can say that German photography is being very closely observed abroad, without always just focusing on “the Bechers” (i.e. Hilla and Bernd Becher) and the “Struffskies” (i.e. Thomas Struth, Thomas Ruff and Andreas Gursky), who of course have developed an enormous charisma and perhaps have also sometimes overly influenced the German image of photography. There are lots more besides them, after all. But photobooks from Germany are very well received. However, they also have to be translated into English for the Anglo-Saxon world.

What has changed in recent years?

The range of photobooks is unbridled and huge, but today it has become more difficult to present larger printing runs to the public. A great many books are issued in short runs of 500 to 1500. This has to do with the fact that – as in poetry and fiction – the bookshelves of the customer base that purchases books or art volumes are full, and the younger generation sometimes has other forms of perception. Nonetheless, there are also very dedicated collectors of the works of young photographers.

With a photobook, is one addressing a specialised audience that responds to aesthetics and haptics?

Things have to be just right in terms of printing, of course, typography, binding, format, but also the narrative form. The layout, how the text is incorporated, how the photo galleries run. These are already elements that one cannot reproduce digitally in this manner. Although one can also browse digitally, you cannot compare with three fingers in the book, for instance. The whole sensory experience is somewhat different. You immerse yourself in a page of a book in a totally different way than you do looking at your monitor, at some point your eyes hurt and get tired.

Are there specific themes being dealt with in Germany?

Overall, we can distinguish between books that are organised according to artistic concepts, photo theory; and volumes that deal with historic themes. One can say that contemporary photography enjoys an absolute preference. If one looks at historic photo volumes, then the 20th century dominates. Photo volumes on the 19th century find less acceptance in Germany than in France, and also in Anglo-Saxon countries. This has a lot to do with the fact that in Germany, university-level instruction is lagging behind. There is a dearth of professorships in art history and visual studies that emphasise photography. In Germany, this awareness of the tradition behind this photographic visual culture such as in countries such as England or France is not as developed.

Are publisher personalities pivotal where photobooks are concerned?

Absolutely, the publishers are so to speak the publishing house’s “brain.” When one notices that a publisher thinks solely in commercial terms, then he’s the wrong person for the photobook market. It has to be someone with a vision and a concept.
The future of the photobook certainly does not depend on photographers and museums alone, but also on publisher personalities. Gerhard Steidl and Lothar Schirmer are perhaps the best-known personalities in Germany, and yet they are very different. Ultimately, both stand for their conception. In the past as well, there were publishing houses, such as Nishen-Verlag, Edition Braus, that today no longer have any part to play. I would not make pessimistic predictions that digital technology is rolling up the photobook market. I also believe that we still will need publisher personalities in this area, as in literature. After all one isn’t selling department-store projects, but instead contents.

Photo: Fotosammlung/ Stadtmuseum München Art historian Ulrich Pohlmann is director of the Fotomuseum (now the photographic collection) of the Munich Stadtmuseum since 1991. He has conceived and organised numerous thematic and monographic publications and exhibitions for museums in Europe and North America on contemporary photography and on the history of the medium. He was a guest lecturer at the Hamburg University of Fine Arts (Hochschule für bildende Künste), the Zurich University of the Arts / Zürich Hochschule der Künste and the Ludwig Maximilian University /LMU in Munich. He lives and works in Munich.