The Ulm School of Design
Back to the Future

While the Bauhaus of the 1920’s continues to fascinate people to this day as a hothouse of functionalism and a young generation of new designers, the impact history of the important Ulm School of Design has drawn less attention until now. That is about to change.

HfG-building 1955 | Photo: Sisi von Schweinitz © HfG-Archive Ulm With the transfer of the Ulm School of Design’s archive to its traditional facilities on the Ulmer Kuhberg, the best possible conditions have been established to make this unique experimental laboratory of design and architecture of the young Bundesrepublik known to a wider public after almost 60 years since its founding. The Ulm School of Design existed for 15 years, approx. 640 students completed their studies in design there, and yet, like the Bauhaus, the school was not just a training facility for product design, visual communication, construction, information and film. The Ulm School of Design was founded in 1953 at the initiative of Inge Scholl, Otl Aicher and Max Bill as a private educational institution. It was sponsored by the Geschwister Scholl Foundation, which had been founded in 1950.

Education for a better society 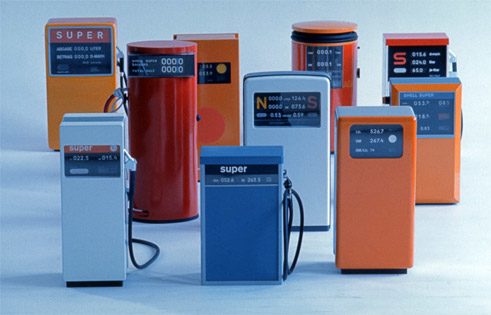 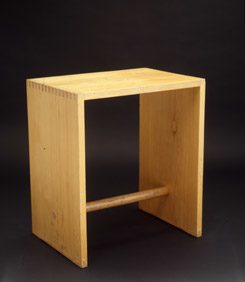 stool of Ulm 1955, design: Max Bill, Hans Gugelot, Paul Hildinger | Photo: Ernst Fesseler © HfG-Archive Ulm The founding concept was met with solidarity and support not only among the cultural elite of post-war Germany, but also among the American occupying forces. Personalities such as John J. McCloy as High Commissioner of the USA and Shepard Stone as his adviser and director of the Department of Public Affairs of the Military Security Council were among its first supporters; later came the City of Ulm, the State of Baden-Württemberg and the Bund. The Ulm School of Design had neither the status of an academic university, although research and development were very definitely carried out here, nor was it susceptible to the privileged snobbery of an art academy. 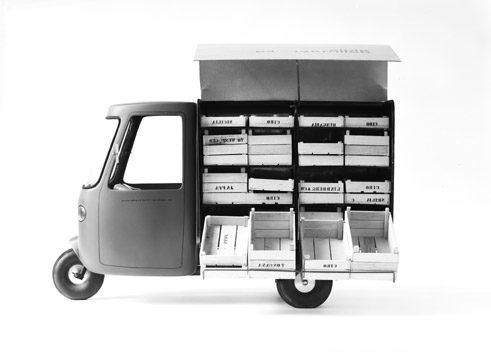 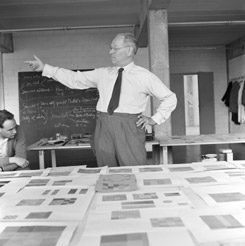 Johannes Itten giving lessons 1955 | Photo: Sisi von Schweinitz © HfG-Archive Ulm In its fundamental principle, the so called “Ulm Concept” or “Ulm Model” pursued the both political and pedagogical goal of viewing design as not just an aesthetic or economic phenomenon, but as one involving society as a whole. Teamwork was given top priority as was an internationalisation of the student body. A higher education entrance qualification was not required for admission, but instead a skilled crafts apprenticeship or prior practical training. Otl Aicher had put his stamp on the programme and it was continued and developed further in cooperation with Max Bill and longstanding instructors such as Tomás Maldonaldo, Hans Gugelot, Walter Zeischegg and Herbert Ohl. A total of 282 instructors left their mark there, among them not only designers, but also the former Bauhaus members Helene Nonné-Schmidt, Johannes Itten, Walter Peterhans, Josef Albers as well as Friedrich Vordemberge-Gildewart, Richard Buckminster Fuller, Werner Sombart, Norbert Wiener and Hans Magnus Enzensberger.

Bus stop 1967/68, design: Karl Gröbli, Jean-Claude Ludi, Richard Schaerer, Hubert-Michael Weiss | Photo: Hartwig Koppermann © HfG-Archive Ulm This academy’s success story is manifested not only in the many prizes reaped for design, industrial and product form or in the excellence of its heterogeneous international teaching staff. 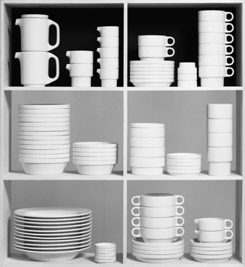 Dinnerware TC 100 1959, design: Hans (Nick) Roericht | Photo: Wolfgang Siol © HfG-Archive Ulm What was also extraordinary were the results of the production and development teams in which new methodological presuppositions provided the basis for projects that were resource-economical, durable and well thought out, sustainable and green, long before the movement even existed. The school’s departments and methodology were ahead of their time and “made ‘designer,’” thus Manfred Sack in Die Zeit in 1987, “a recognised profession.” In 1968, the Ulm School of Design was forced to close, as both political and financial support for the unconventional university experiment were lacking. It is all the more gratifying that its story has not been consigned to oblivion.

A treasury of materials and documents 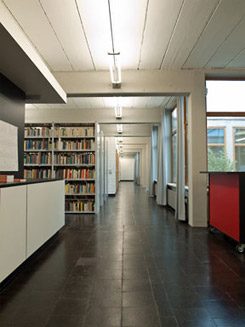 HfG-Archive 2011 | Photo: Linde Böhm © HfG-Archive Ulm The archive of the Ulm School of Design can now once again present its materials, documents, works and photographs of and by students and instructors – which have been collected over the last 40 years and entrusted to it as a perpetual deposit by the former Geschwister Scholl Foundation - in its traditional facilities on the Kuhberg in Ulm, where it all started. The architecture, by former Bauhaus member Max Bill, is identifiable as an exhibit even from outside and is surely its most important one thereby. In 2009, a decision by the City of Ulm to accept an offer by the HfG-Ulm Foundation – formerly the Geschwister Scholl Foundation – as owner of the building complex at Ulmer Hochsträß and to rent the approx. 1900 m² as depot, office and exhibition surface in the future, provided the basis for this new and unique perspective on the work of the Ulm School of Design. Approx. 6500 graphics, 350 models, 30,000 text documents, 11,000 photographs, and last but not least the former university’s library with approx. 6000 volumes make up its collections and are preserved and made available both for research and also to interested visitors. For instance, exhibitions on Otl Aicher’s holistic work for the 1972 Munich Olympics, as well as accompanying event programmes, film evenings and lecture series round off the programme revolving around the presentation of this abundant treasury of materials and numerous donations by former students and instructors.

The HfG Archive shows a permanent exhibition on the history of the HfG entitled Ulm School of Design: From the Zero Hour to 1968.

Ute Maasberg is a curator and publicist and lives in Hannover.