EU 2020: The Goethe-Institut for Europe

The “Generation What?” Study
“Loss of trust does not mean resignation”

A new study points out that among young Europeans there is a lack of trust in institutions such as politics and the media. But this does not lead to less commitment, says the project’s coordinator, Maximilian von Schwartz, from the Sinus opinion research institute.

Herr von Schwartz, “Generation What?” is the biggest survey on the 18-34-year-old generation ever to be conducted in Europe. It has involved around one million young people from 35 countries and asked them about their attitudes to politics and the media. For an academic study that really is quite an impressive number, right?

Absolutely! However, it has to be said that “Generation What?” was not a purely academic study. The objectives and methods we used were different, because we also wanted to reach as many young people as possible and confront them with an unusually wide range of questions. Basically, one could say “Generation What?” is not just a study, but also a multimedia project.

Did this have any effect on the way the results were interpreted?

Certainly not that they should be taken any less seriously. The results may be less selective in some areas than in other studies. We are, however, convinced that it depicts certain prevailing moods quite representatively.

So what has been established when it comes to the amount of trust 18-34-year-old Europeans have in political institutions? 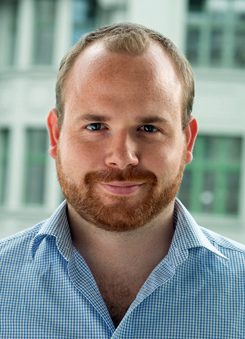 Maximilian von Schwartz | Photo (detail): © Sinus Institut The amount of trust is frighteningly low. We see that 82% of young Europeans have no trust. Within this group, however, 45 per cent even said that they had “no trust at all” in political institutions.

Why is that the case?

There is, in some instances, a high degree of dissatisfaction with the political system itself. 87 per cent are of the opinion that social inequality is on the increase. Another 90 percent say money plays a much too great a role in our society. In addition, a majority is of the opinion that politics is not able to tackle important problems.

For example, climate issues or corruption. Interestingly, the ranking list of countries that emerged in response to our question of trust in politics is almost identical with Transparency International's Corruption Perceptions Index. We see, for example that Switzerland, Germany and the Netherlands, the countries with the lowest Corruption Perceptions Index, have the greatest trust in their political institutions. On the other hand in countries with a high youth unemployment the amount of trust in political institutions is low.

No loss of commitment

How can it be explained then that in Germany, despite the favourable conditions, at least 23 percent indicate that they have no trust in politics?

One reason could be the social divide that still prevails in Germany and is caused by a distinct lack of social mobility. Young Germans from the lower classes see comparatively few opportunities for advancement, generally look much less optimistically to the future than people from the better educated strata. In addition, in the eyes of many young people, political events seem artificially staged and take place far away from the realities of their own lives. The distance between the world of politics and their own everyday lives then makes it difficult, of course, to develop any form of trust.
You also asked them about their political commitment and this led to some interesting conclusions.

Correct. One might easily be inclined to think that a loss of trust in politics would automatically lead to a low level of commitment, but this was not the case. In spite of the high level of distrust, 15 percent said they had already been involved in a political organisation. A further 30 percent could at least imagine themselves doing the same. It seems that general frustration does not lead to resignation.

What can be said about the relationship between young Europeans and the media? Is there a lack of trust there, too?

When asked whether they fully trusted the media, only two per cent actually responded with yes, 39 per cent said they had no confidence at all. However, one has to admit that at this point in the survey the concept of media had not been further differentiated. It is to be assumed, however, that the rating for state-owned public media operations, had we asked about them specifically, would have been more favourable. In Germany, the figures, similar to those for the political institutions, are not quite as dramatic. In this case “only” 22 percent said they had no confidence in the media at all.

Are these figures already startling enough to speak of a crisis of confidence?

I think we should take them seriously, but not dramatise them. One obvious explanation for this comparatively high scepticism among young people towards media content could simply be the fact that they use a much greater variety of information from the most varied sources, the reliability of which is in principle often questionable. Seen from this point of view, a certain fundamental distrust seems to be a good thing. Not only here do we see that the younger generation is generally very cautious when it comes to placing their trust in things.
What, in your opinion, might be the effects of this lack of trust on the mechanisms of democracy?

On the one hand there is certainly the danger of instrumentalising this lack of trust for populist purposes. At the same time, however, we see a low susceptibility among young people to populist sentiment. For example, the participants were asked whether German citizens should take priority on the German labour market during periods of crisis? More than 75 per cent replied with no. In addition, more than 90 per cent declare themselves in favour of solidarity. The lack of trust in politics does not appear to lead automatically to nationalist tendencies.

Maximilian von Schwartz, Director of Surveys at the SINUS Institute, was the head social researcher for the European-wide “Generation What?” study (2017). Before taking the post at the SINUS Institute in Berlin, he studied business sciences and behavioural economics in Heidelberg, the USA and the Netherlands.