The Murnau Foundation has looked after the German film heritage since 1966, and there is still much to do, says its chairman Ernst Szebedits.

Mr Szebedits, you have directed the Murnau Foundation since 2011; you are the “Keeper of the German Film Treasure”. What does this treasure look like?

(Laughs) Of course I don’t guard it all by myself! We look after a special part of the German film treasure. The Murnau Foundation isn’t a collecting archive; we were founded in order to preserve a particular German film stock, to maintain it and make it available to the public. This consists in about 3,000 German films that were made between 1900 and the end of the 1950s. Our treasures include the famous masterpieces of silent film such as Fritz Lang’s Metropolis (1927) and the German films of Friedrich Wilhelm Murnau, our name giver, but also the better-known productions of the Nazi period and of the post-war years.

Your foundation was established in 1966, at a time when the German cinema was experiencing a renewal in style and content. Why? 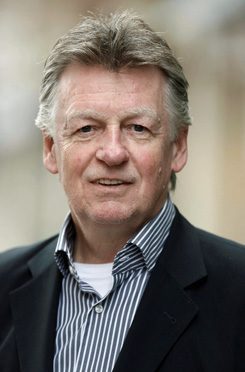 Ernst Szebedits, chairman of the Murnau-Foundation | Photo (detail) © Friedrich-Wilhelm-Murnau-Stiftung Before our founding, the stock of films was owned by Bertelsmann’s and was still subject to post-war Allied legislation. This stipulated that the films should not fall into the hands of a German government – a reaction to the infamous part played by cinema as a propaganda tool of the Nazis. When plans of selling the stock abroad became known, that is, selling the original material and the rights to the classics of German film, the government soon reached the consensus that this must be prevented. The establishment of a private non-profit foundation then followed very quickly. Those then responsible recognized film as an important cultural asset, a view that can’t be taken for granted in Germany.

Today the Murnau Foundation enjoys a great international reputation, especially in connection with the restoration and re-release of German silent film classics. How did the foundation develop after its establishment?

The necessary skills and capacities for film restoration first had of course to be built up. This took quite a few years. After our founding, the chief work consisted in collating the holdings. From the end of the 1960s into the 1980s, the foundation experienced a heyday at least in financial terms. Those were the days when our films could be seen very frequently on screens not only here but also abroad. Today public television in Germany seldom shows black-and-white silent films. In respect of communicating our film heritage, I think this is very regrettable. For us, this also constitutes a financial problem. The Murnau Foundation is financed through the exploitation of film rights – not through government grants.

Detective work for the staff

A great moment for the Murnau Foundation was the spectacular re-release of “Metropolis” at the 2010 Berlinale.

You have to understand that very few silent films have been preserved in their original state. They’re often severely damaged, often missing important scenes or cut in such a way as to distort the plots. This was the case with Metropolis: although the film has long been a core part of German film history, it had in fact been seen only once before in the version intended by Fritz Lang – in 1927 at its premiere. This original version was thought to be lost until a nearly complete copy turned up in a Buenos Aires archive in 2008! The restoration and reconstruction then proved to be a real piece of detective work for our staff.

“Metropolis” is the most prominent of many films that the Murnau Foundation has carefully restored and made again available. How have you been able to realize this time-consuming and costly project?

Since 2012 we have been one of the four German film institutions that receives project funding from the Federal Commissioner for Culture and Media (BKM) for the digitalization of our films. We are also supported by partners such as the television broadcasters ZDF and Arte, and also by Bertelsmann, the earlier owner of the film stock, which recently made it possible for us to restore Robert Wiene’s Das Cabinet des Dr. Caligari (The Cabinet of Dr. Caligari) (1920) and Lang’s Der müde Tod (Destiny) (1921). Such highlights are for us of course attractive because the films are shown prominently on television or as a cinema event with live musical accompaniment. In this way we reach an especially broad public. All in all, we restore fifteen to twenty films annually.

One of the tasks of the foundation is also the maintenance and supervision of films from the Nazi period. How does the foundation deal with this heritage, especially the so-called “Vorbehaltsfilmen”, the reserved films, which are race-baiting or racist propaganda films?

There are today about forty reserved films, most of which are in our holdings. These go back to a much more extensive list of Nazi films that the Allies classified as particularly dangerous and which were initially banned. They were generally blatant propaganda films. The entertainment films of the Nazis, which are far more numerous and whose message was often much more effective, because subtler, remained largely accessible. Among the reserved films is Jud Süß (Süss the Jew) (1940).They are so classified because the foundation has stipulated that they may be shown only with specific reservations: the films may be shown in cinemas, but only accompanied by subject-related introductions and follow-up discussions.

What is the foundation’s line on broadcasting reserved films on television and their possible distribution in DVD form?

Many years ago the Board of Trustees decided: we won’t show these films on television because then they can be taped and made freely accessible. This argument is now outdated; pirated copies are easily found on the Internet. At present we are considering broadcasting some of these films on television, with a similar contextualization as in cinema screenings. Another idea is to compile a DVD edition and offer it for sale. Against the backdrop of current problems with right-wing extremism, I think this is worth considering. Because with these propaganda films you can carry on excellent educational work – if it’s done carefully. So you see: there’s still much work for the foundation to do.

Jörn Hetebrügge
is a freelance author and journalist with a special interest in film and art.