While most countries show foreign-language films in the original version with subtitles, the Germans have developed a predilection for dubbed dialogues. But why?

In hardly any other country has a similarly prominent and high-level dubbing culture emerged as in Germany. Yet in the early days of sound films – or “talkies” – in around 1930, when the need to translate foreign-language films became an issue, audiences were not at all enthusiastic at first about the unfamiliar voices they heard in the dialogues. Alongside dubbing and subtitling, there was one other alternative back then – to remake the film as accurately as possible in the local language. These different options were practised in parallel, and the film industry first had to discover which would become most popular with audiences.

Of these methods, subtitling was the easiest to accomplish but the most tiring for the viewer, remakes were the most expensive but also most popular, and dubbing was the most controversial. Having actors speak in unfamiliar voices clashed with the traditional viewing and listening habits. Critics at the time described the hybrid bastard form that was thus created as “witchcraft” or “homunculus”, as an “amputation” involving an “artificial prosthetic voice” being fixed to the “bloody stump”.

This sense of unease was exacerbated by the dogmatic and fastidious attempts to synchronize the lips in early dubbing work. The compulsion to synchronize the text precisely with the lip movements of the actors led to it deviating considerably from the original, giving rise to a very wooden-sounding German. During the course of the 1930s, there was a gradual move away from this obsession with lip-synching. Audiences got over their initial “homunculus shock” and found it increasingly convenient to listen to dialogues in German rather than having to decipher the subtitles.

Nonetheless, dubbing failed to achieve full-scale acceptance even during the period of Nazi rule. Original versions with subtitles were also shown, at least in major cities, and remakes were likewise produced in isolated cases. By 1941, the only foreign films screened were a handful of Spanish and Italian productions, because Hollywood films were banned after the USA joined the war.

The end of the Second World War, the assumption of power by the Allied forces and the division of Germany into occupation zones mark the decisive turning point in the history of film dubbing. Two factors above all were responsible for the subsequent upswing: for one thing, at first cinemas would show exclusively American, British, French or Russian films. And for another thing, the Allies showed their films not only to entertain the masses, but also to re-educate them in the practice of democratic norms and values. This political and social function resulted in the translation question becoming a top priority once again.

Those at the receiving end of this film policy reacted with some reservations to these educational endeavours: the Germans did not go to the cinema to be taught a lesson, but to take their minds off the post-war misery. After years of German nationalist indoctrination and isolation from international culture, they responded recalcitrantly to the “foreign” element that was being imposed upon them via the soundtrack. After all, only original versions with scant subtitles were screened at first. The Allies had to react to these sensitivities. They understood that cultural transfer could only be accomplished if dubbing were used. It was precisely in this specific post-war constellation, with the disparate expectations of the occupying powers on the one hand and of the population on the other, that Germany began its rise to become the leading dubbing nation alongside Italy and Spain.

Photo (detail): © Ula Brunner “Our job is to go unnoticed”: dubbing directors
A director and author, Christoph Cierpkas's job is to ensure that German is spoken in international films. But how is this done? A look behind the scenes of a niche profession.

The FAMILIAR AND THE FOREIGN

Furnishing foreign-language films with German dialogues now proved to be the ideal method of conveying messages between the two extremes of the “foreign” and the “familiar”. This reduced the dissonances because cinema audiences were not only being confronted with languages they did not understand but also with unknown genres and cultural codes – such as social role models or ways of resolving conflicts – that they first needed to decipher. Having all of this presented in the familiar sound of their native language made the reception process considerably easier, as it suggested familiarity rather than alienation. In this way, audiences found it easier to apply what they were seeing to their own lives.

Wide-scale dubbing has been practised in Germany since roughly 1949/50. From this time on, original versions were a rarity. As far as the Germans were concerned, the world they saw on the big screen spoke German. The dialogues were smoothly and inconspicuously adapted to the mentality of the post-war society. Society’s tacit agreement to play down and suppress the country’s Nazi past, war crimes and genocide was observed with painstaking accuracy.

Films from abroad that threatened to violate this agreement were edited accordingly in the dubbing studios. The high point (or rather the low point) came in the 1952 version of Casablanca (Michael Curtiz, USA 1942), which essentially was a special version of the film for the average German: all scenes featuring Nazis in uniform were removed. Reduced to a banal melodrama, the film was thus robbed of its anti-fascist message. In every Allied film in which the Germans were portrayed as “the bad guys”, these characters would be given a different origin. The Nazis who were trading in uranium ore in Hitchcock’s Notorious were transformed into international drug smugglers, the German title of the film meaning White Poison.

Cultural transfer - yes or no?

This practice of ridding films of any German characters with negative associations can still be encountered occasionally to this day. Uncritical acceptance of this came to an end when DVDs came out, as they allowed anyone to access the original version. This is a crucial step forward, for a compulsion to dub all films – including even Japanese, Indian or Mexican releases – ultimately gives rise to cultural uniformity. Many of a film’s cultural, ethnic and linguistic connotations cannot be adequately translated.

What is more, the way a character speaks is another important form of expression in a film. So however convenient dubbing may appear, stripping other cultures of their language and voices impairs rather than promotes cultural transfer.

Thomas Bräutigam is a media studies expert and freelance author. 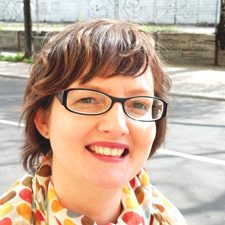