Film curators pick the films that are to be shown during festivals and special film series in cinemas, cinematheques and other cultural institutions – a dream job with no formal training.

Film festivals are held almost everywhere in Germany, not only in major cities like Berlin and Cologne, but also at Lake Constance and in small provincial towns. They range from the Berlinale, one of the world’s largest and most diverse film festivals, to events revolving around particular genres, themes or countries.

It is programmers – as film curators are often called to distinguish them from exhibition curators in museums – who choose which films are screened in which constellations during a festival. As director of the Berlinale’s “Perspektive Deutsches Kino” section, Linda Söffker is responsible for picking roughly twelve films by young German directors each year. “You have to see a flash of something special”, is how the cultural and theatre studies expert describes how she chooses a particular film. “Films by young directors may contain mistakes, but a particular signature must be recognizable, an indication of future promise. What is more, all the films must function well together as a programme.”

“Not something you can plan” 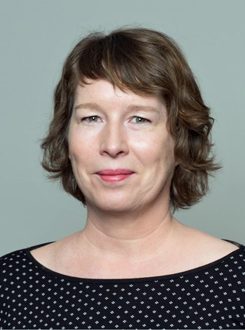 Linda Söffker, director of the Berlinale’s “Perspektive Deutsches Kino | © Internationale Filmfestspiele Berlin Söffker has honed her instinct for new trends and talents over the years. Although her profession has been around for over 80 years, no formal training or university degree course exists to prepare people for it. The job of artistic programme designer came into being at the latest when the first film festival was established in Venice in 1932. Nowadays, postgraduate courses are on offer which study the practice of curating – though solely in the area of visual arts.

Linda Söffker thus came to specialize in the field more by chance. Her curiosity was aroused when she met lecturers at university who studied film. A period of work experience at the Zeughauskino in Berlin, which devotes itself to historical and rare films, led to a student job and later to a position as scientific and curatorial associate. When the Zeughauskino shut for several years of renovation in 1999, she switched to programme organization at the Berlin International Film Festival, where her particular interest in German cinema did not go unnoticed. When the director Dieter Kosslick established the “Perspektive Deutsches Kino” section in 2002, she was on board as a close colleague of Alfred Holighaus, who was the curator at the time. She was appointed its director in 2010. “A dream job”, she says. “But not something you can plan.” 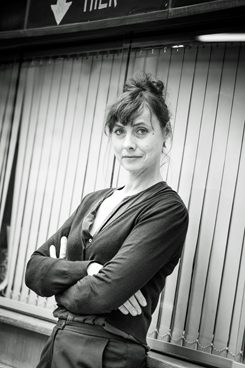 These days Glombitza can earn her living as a curator, and her workday is anything but lonely. During the first phase of festival preparation, which lasts for roughly half a year, she and her staff conduct research, travel to other festivals and cultivate contact with film academies, global film distribution companies and archives. When it comes to choosing the films, Glombitza retreats to the countryside with the selection committees of the festival’s various competitions, where they spend two weeks intensively reviewing and discussing the options. The next stage, again as a team, is to send out invitations and rejections, and to undertake dramaturgical planning of the screenings. This involves giving consideration not only to different playback formats but also to intended and unintended effects on the audience. “Especially in a programme of short films it is important to think about connections between the films and their side effects,” explains Glombitza. “Some films are better followed by a silent film or a black screen. And some films cannot be followed by anything at all because they are so powerful.” During the festival, Glombitza receives the invited filmmakers, funders, press and other actors from the short film world and represents the IKFF in all key programme elements. Her workload is very heavy, especially towards the end of the festival, but in the summer she has a break of two to three months.

A job and a vocation

Besides expert knowledge of film and film technology, the ability to work in a team and a talent for organization are important above all, emphasize Glombitza and Söffker. This is no different for freelance curators either, says Claus Löser, who primarily puts together series of historic films. For the 2012 Filmfest Dresden, for example, he organized a retrospective of Eastern European short film, while for the German Federal Cultural Federation and the Deutsche Kinemathek he curated the programme After Winter Comes Spring – Films Presaging the Fall of the Wall, which premiered at the Berlinale in 2009. “Researching in archives, clarifying rights, resolving technical issues, finding available language versions”, says Löser, listing the things he is responsible for. “It’s serious cultural management work.”

As programme director of Berlin’s Kino in der Brotfabrik arthouse cinema, a film journalist and PhD-holding expert in the underground and experimental films of East Germany, Löser has what one might call a “patchwork job”. Although he has found his niche in the specialist area of “films produced under totalitarian conditions“, and presents films from Dresden to Odessa and Tokyo, he says he cannot live from curating alone. Acquiring some initial professional experience, on the other hand, proved comparatively easy: “As someone who puts together a daily cinema programme, I am happy when young people approach me with good ideas.” Festivals also tend to welcome interns and voluntary helpers. A desire to give free rein to one’s own passion for discovery, and to share special finds and ideas with others, is a prerequisite for this profession, believes Löser. Working as a film curator is doubtless also something of a vocation.

Marguerite Seidel lives in Hamburg, where she works as a freelance film journalist. Previously she worked as a programme assistant at the Berlinale’s “Generation” section and put together series of films for smaller festivals.