How do you make movies for children who were forced to leave their home and country behind? Can you raise their spirits, ease their pain, or show them new opportunities with a film?

Eight young international film makers think you can. As part of the project "Missing Movie" they are producing non-verbal short films for child refugees aged between 4 and 10 years. The goal is a compilation of films that are easily understandable regardless of someone's cultural background, that can be screened all over the world to a child audience affected by displacement and migration, and may even help as trauma relief. 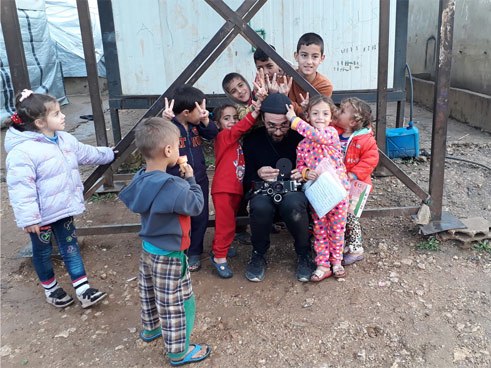 ©Bildersturm-Filmproduktion The film makers met during an inaugural workshop in Amman at the beginning of the project. Together they visited refugee camps to learn about the living conditions there and to ask children about their wishes, desires and hopes for the future. The films' target audience are children who otherwise have no access to arts and cultural education.

"Missing Movie" is a coproduction of the Cologne based production company Bildersturm, the Academy of Media Arts Cologne, and Goethe-Institut, with support from Filmstiftung NRW, German broadcaster WDR und the Federal Commissioner for Culture and the Media. The production is expected to be completed by spring 2018.