What issues are Italian people concerned about now? What is their opinion of Italy's current politics and the role of Europe in Italy? To explore these questions, radioeins from Rundfunk Berlin-Brandenburg (rbb) are building the Radio Bridge to Naples this year. From 16th to September 19th, reporters will broadcast daily from 4 to 7 pm live from the Goethe-Institute in Naples to discuss politics and academics with both German and Italian Cultural workers. 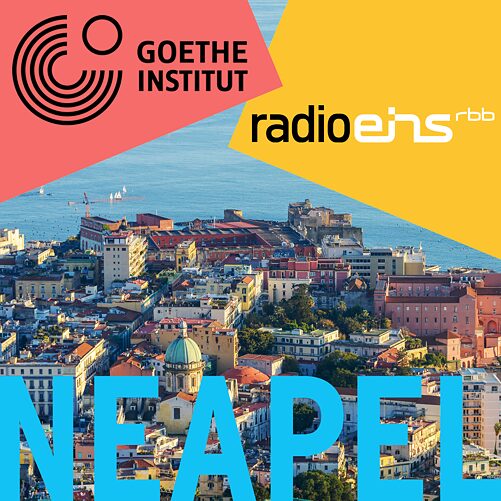 The Radio Bridge is one of the most successful cooperative models of the Goethe-Institut's Film Television and Radio department. For four days, a team from the cooperation partner radioeins (rbb) will broadcast live for several hours from a Goethe-Institut abroad. In this way, cultural workers, journalists and politicians will paint a profound and multi-voiced picture of the host country.

After stops in Athens, Istanbul, Warsaw and New York, the Radio Bridge will be in Naples in 2019. Under the title "Ciao Napoli!" the radioeins team will broadcast for four days from the Goethe-Institut in the Italian metropolis and devote itself to the diverse political, social and cultural situation in the country. Among the guests is the mayor of Naples Luigi de Magistris, one of the best-known Italian politicians and intellectuals. An important topic of the Radio Bridge will be the current developments in Italian politics and Italy's role in the EU. After the break-up of the Italian alliance and the formation of a new government, the political situation is uncertain and the national debt remains high. In addition to political discussions, the radioeins reporters will explore what connects Naples with Berlin: The famous Neapolitan pizza is just as popular in Berlin as, conversely, Bavarian beer pubs and Berlin corner pubs are in Naples. Additionally they will discuss issues such as crime, waste disposal and public transport that are also constant topics in both cities. Other guests on the live programme include representatives from the "Fridays for Future" movement, volcanologist Lucia Pappalardo and politician Eleonora de Majo.

In addition, the reporters provide a variety of insights into the life of the city: from the pizza festival to the catacombs of Naples to Diego Maradona. And of course, there is music from one of the richest music scenes in Italy. Neapolitan artists like the singers Flo and Fabiana Martone present the sound of their city on the terrace of the Goethe-Institut. New every day: a mini-lesson on Neapolitan language and culture with German teachers and learners from the Goethe-Institut.

Interview with Carmen Morese, Director of the Goethe-Institut in Naples

Naples and the refugees

Overtourism and City of the Future