radioeins is building a Radio Bridge to Turkey from May 9th to May 12th,  2016. The programme will be broadcast daily from the roof terrace of the Goethe-Institut Istanbul. Reporters will report on life in the Turkish metropolis, between tradition and modernity, and between Europe and Asia, in interviews, audio contributions and current short videos. radio eins wants to convey a lively impression of the city on the Bosporus and talks to interview partners who know both worlds. 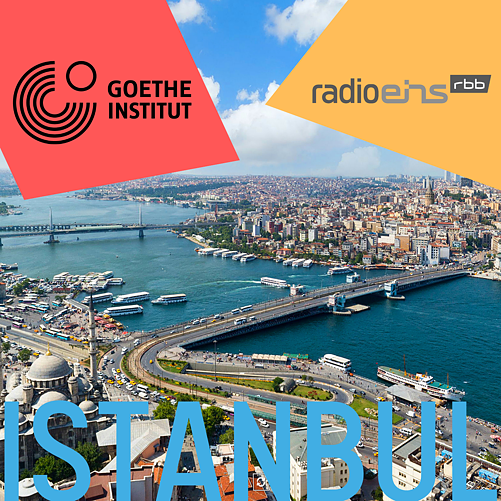 Turkey has recently been in the public eye due to the refugee crisis. radioeins asks about the effects of the EU-Turkey agreement on the country and looks at the city's cultural scene. How are society and everyday life in Turkey changing after the political events? And how do cultural workers deal with these issues?

The programmes also build a linguistic bridge between Berlin and Istanbul. A German teacher from the Goethe-Institut explains idioms and interesting facts about the Turkish language in the section "Hörst du, lernst du, weißt du - der radioeins Kulturcheck". German students also read the rbb weather report for Berlin and Brandenburg.

Guests in the temporary radio studio of the Goethe-Institut include musicians such as Sultan Tunc, who campaigns for refugees, and the Nobel Prize winner for literature Orhan Pamuk, whose book "This Strangeness in Me" is a declaration of love for Istanbul.

The Radio Bridge is a cooperation between the Film, Television, Radio department of the Goethe-Institut headquarters and rbb. From May 9th to May 12th, the radioeins team around presenter Marco Seiffert will broadcast live for three hours daily from the Litera Café. In this third Radiobrücke cooperation with radioeins, the Goethe-Institut in Istanbul will be both host and broadcast studio, a place for interviews and live music, for conversations between Turks and Germans.

Radio Bridge Istanbul - Our freedom of speech is under threat

Being queer in Turkey