The aim of the film festival funding programme de⁺ of Goethe-Institut in cooperation with Auswärtiges Amt is to enable access to film culture and film education across geographical, political and social borders, thus contributing to strengthening and promoting mutual understanding between people and societies internationally.

Film festivals and organisations based in Germany and with a registered legal form are eligible to apply
We fund festival programme components that promote international encounters, exchange and discourse. These can be measures integrated into the festival as well as independent formats e.g., travel and visitor programmes, discourse events, jury participation, capacity building programmes such as pitches, workshops, accompanying events, festival participation, thematic focuses, festival partnerships or film education measures.
The upper limit of funding per project is €15,000. Non-permanent costs such as travel expenses, fees, costs for project staff and temporary staff, temporary rentals, translations, moderation, services tailored to the project, including costs for digital solutions, can be taken into account.

Excluded from funding are: Costs for permanent rent, permanent salaries (of permanent staff), procurement of permanent material goods or infrastructure, and Festival awards.
You submit the application for the film festival funding program de⁺ online in German.

This blank application form will give you an overview of the structure of the online form.


Please read the information thoroughly before you complete an application.
Please include your application number with any questions regarding current or previous applications.

Please draw your attention to the applicable Data Protection. 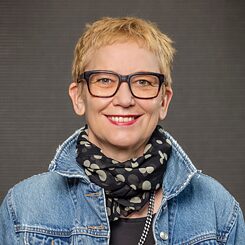 © Institut für Film- und Videokunst Stefanie Schulte Strathaus
Stefanie Schulte Strathaus is the artistic director of Arsenal – Institute for Film and Video Art in Berlin. From 2006 to 2021 she was the founding director of the Berlinale section Forum Expanded. In 2011 she launched the project "Living Archive – Archivarbeit als zeitgenössische künstlerische und kuratorische Praxis". From 2017-2022 she curated the collaborative project "Archive außer sich", which resulted in the archive festival "Archival Assembly“. 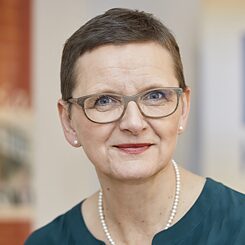 © Christine Berg Christine Berg
Christine Berg has served as Chairwoman of the Board of HDF KINO e.V. since August 2019. Previously, she was deputy board member of the German Federal Film Board (FFA). In this role, she was responsible for the entire funding area of the FFA. She was also project manager of the German Federal Film Fund (DFFF), which was introduced on January 1, 2007 by the Federal Government Commissioner for Culture and the Media (BKM) and is coordinated by the FFA. Prior to that, the Hamburg native was, among other things, managing director of the Gesellschaft zur Förderung audiovisueller Werke in Schleswig-Holstein mbH (MSH) and artistic director of the Nordic Film Days Lübeck, head of the location office of Filmförderung Hamburg, and director of photography for various feature film productions. She is, among other things, a member of the SPIO presidium and FFA board of directors. 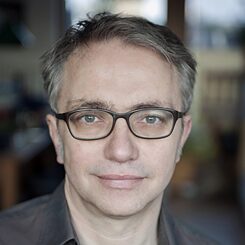 © Erika Borbely Hansen Leopold Grün
Leopold Grün is the managing director of VISION KINO since 2020. He is a teacher, social pedagogue, media consultant and filmmaker. "The Red Elvis" (2007) and "Far End of the Milky Way" (2013) were shown at international festivals and in the cinema. Most recently he was managing director of AG Verleih, the German association of independent film distributors. 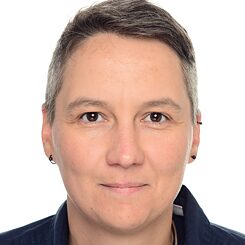 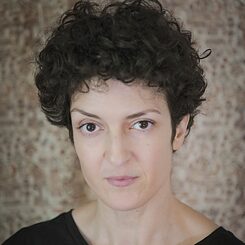 © Miriam Remter Miriam Remter
Miriam Remter is a lecturer in Audiovisual Anthropology at the Institute of Social and Cultural Anthropology, author and filmmaker. She wrote her doctoral thesis on the reception aesthetics of contemporary documentary films and the representational dynamics and discursive fields of (documentary) film festivals. She works academically and artistically at the intersection of documentary film and anthropology. From 2015-2017 she was a member of the selection jury for the "Freiburger Film Forum".

This open call for the second half of 2023 will be announced in January 2023.

Co-financing through third-party and own funds is not mandatory. However, the use of third-party and own funds can have a positive effect on a funding decision, for example if it expresses an inherent interest in exchange or an effort to secure long-term funding for the format.
The application amount should be in proportion to the intended project. The total volume of festival funding is €200,000. It is possible that applicants will not be granted the full amount that they request.
There are two application periods per year, beginning in September and March. You can apply in the period that starts in September if your festival edition takes place in the first half (1 January to 30 June) of the following calendar year and in period that starts in March if your festival edition takes place in the second half of the current calendar year (1 July to 31 December).
After a positive funding decision, the start of the measure only comes into effect when the funding contract is signed. The possibility of an early start of the measure does exist, but only after a positive decision has been made and not retroactively
Funding is intended for the internationalisation of film festivals in Germany. Travel abroad and the implementation of projects abroad are not eligible for funding.
Festivals can apply again in consecutive years (independent of the funding decision).
Additional funding by a Goethe-Institut abroad is basically possible. If you have already spoken to a local Goethe-Institut about funding for your project and now want to apply for this funding, it is important to inform the local Goethe-Institut about this.
One way to establish contacts with the film scene abroad and find project partners is to contact the local Goethe-Instituts. Establishing contacts between future project partners is not the purpose of the funding. The initiative for this should come from the actual festival actors.