On 30th January 1933 Adolf Hitler was appointed Chancellor of the Reich. Exactly 80 years later Swedish author, Torkel S Wächter, launched his online publication of part of the life story of his German-Jewish grandparents. He tells the story in “simulated real time” – in the form of an online diary with original documents that reports from day to day. This enables his readers to piece together a picture of how Gustav and Minna Wächter experienced the Nazis’ seizure of power and what the consequences were for the couple and their three sons.

In the district of Eimsbüttel in Hamburg there are two Stolpersteine (“stumbling blocks” – small, cobblestone-sized memorials dedicated to victims of the holocaust) commemorating the fact that it was once the home of people who were later deported by the Nazis. If you take a little more time and stop for a moment, you will be able to read the names – Minna and Gustav Wächter. In 1941 they were deported to Riga along with many other Hamburg Jews, they were never heard from ever again. It is their grandson, Torkel S Wächter, to whom we owe the fact that they have not been forgotten today – many decades later. His first online project dealing with the subject was called 32 Postcards and since 30th January 2013 the sequel project On this day 80 years ago. Both projects are based on the same idea – original documents from that time, annotated with explanations and comments, are posted online on the exact same date of the document, but of course 70 to 80 years later. When viewed one after the other they tell a dramatic story – the story of a German-Jewish family in the Third Reich. 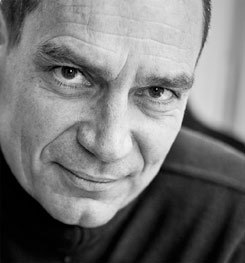 Torkel S Wächter | Photo: Jurek Holzer Who were the Wächters then? The question can be easily answered: they were a normal civil servant’s family just like any other – not particularly wealthy, but more or less financially secure, they had an apartment in the middle-class district of Eimsbüttel in Hamburg that was most definitely not to be sniffed at, they had musical soirées and private performances of plays, along with all the needs and concerns that accompanied people’s lives in the Germany of the early 1930s. Oh, yes, before I forget – they were Jews, citizens of the Mosaic faith – a fact that was not of any particular importance to the family until the Nazis seized power and forcibly brought it home to them what that meant!

The Nazis’ seizure of power changed everything! Gustav Wächter was denounced by his colleagues and lost his job, the family had to move into a smaller apartment, two of the three sons, among them Torkel S Wächter’s father, were interned in concentration camps and tortured. All three sons later succeeded in fleeing, i.e. in leaving the country. Their parents were not so lucky – they were deported to Riga on 6th December 1941. The last sign of life from them is a postcard that they posted in Hamburg on the day of their deportation. 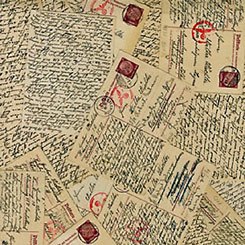 Postcards | © Torkel S Wächter In his first project, 32 Postkarten, Torkel S Wächter recounts the last one and a half years of his grandparents’ lives on the basis of this last post card and 31 others that were sent from Hamburg to Sweden between May 1940 and December 1941. In On this day 80 years ago the focus is on the lives of the Wächter family in the five months after Hitler’s take over of power. The material is in fact quite different – instead of postcards Torkel S Wächter uses the entries in his grandfather’s diary to reconstruct the half-year that had such devastating poltical consequences for the family; these were complemented by letters, interrogation records and bureaucratic as well as political documents from the spring of 1933 and then everything was condensed into an emotionally powerful narrative.

For Torkel S Wächter the main thing is to get the documents to speak. He does not just want to tell a story, he wants to do it in a very authentic way. The aim is to enable readers to experience in real time what happened to the family – this is why the story is told from a radically subjective perspective and why the texts have been posted in simulated real time on the very same date, but only eight decades later. He also wants the readers to get into the texts in a productive way – to not just consume the material on offer, but to make use of it! In other words the texts should prompt the readers to write their own text. 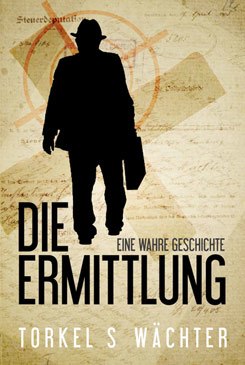 Cover of the e-book “The Investigation” | © Torkel S Wächter On this day 80 years ago is, like the first project, a successful attempt to speak about something that is not spoken about, to find a language for the unspeakable, to find words and images for the unutterable. If the crimes committed in the Third Reich are not to be reduced to bland historical facts, we have to do more than simply remember them. It is all about – as Torkel S Wächter said in an interview with Hessischer Rundfunk, a German radio station – the way we remember them, about forging an emotional bond between the past and the present. He managed to do this by integrating his grandparents’ life story into the history of the Third Reich – making the past come alive and history more vivid, easier to understand and able to be felt how it really was.

In the final analysis this is also due to the fact that Torkel S Wächter, after lots of in-depth research in the Hamburg archives, “wrote” a crime story that is based on unpublished investigation files. After the seizure of power it was Gustav Wächter’s colleagues who started to conspire against him – an irreproachable revenue officer who had been working for Hamburg’s tax office for over 30 years and who in all that time had never put a foot wrong. Preliminary proceedings were initiated against him, but despite the means he had at his disposal his attempts at defending himself were in vain. In the end Gustav Wächter resigned and was forced to live off his pension which he was actually able to draw until he was deported. It is an everyday story, so typical of many a story about the fate of German Jews in the Third Reich. This time however the story is being told in a way that up to now has been unheard of – so exciting, so entertaining and so moving. Those people who would like to read the story without any interruptions should try the e-book The Investigation. There they will find out what happened to the Wächters after 2nd July 1933 – that is the day the project ends on.

Bernd Mayerhofer, Dr. phil., teaches political theory and the history of ideas at the Munich School of Political Science.