In 1993 the former director of the World Bank Peter Eigen founded the association Transparency International in Berlin. Today a world-wide non-governmental organization, it is devoted to fighting national and international macro and micro-economic corruption. An interview with Christian Humborg, the executive director of the German section of Transparency International, about corruption in Germany.

Mr Humborg, Transparency International has recently presented the 2013 corruption barometer. How does Germany stand with regard to corruption?

In international comparison, Germany’s standing isn’t bad at all. You don’t have to pay the authorities bribes to get services. No police officer holds out his hand when you violate traffic rules, and you don’t even have to bribe a doctor to get a bed in a hospital. As always, you can look upon the glass as half full or half empty. Of course there are scandals, banking affairs and much else – but all in all the extent of corruption in Germany is declining.

But in comparison with comparable countries, Germany comes off rather middling ...

That’s correct. According to the Corruption Perception Index, which measures the degree of perceived corruption in the public sector, among officials and politicians, Germany takes 15th place among 178, with a score of 7.9, still behind Denmark, Finland and Sweden.

Ratification of the UN convention is still outstanding

Is that because the Bundestag has still not ratified the UN convention against corruption? 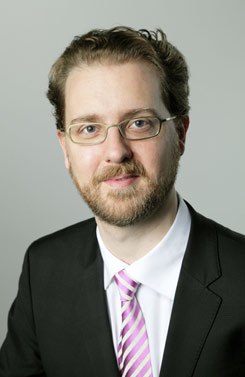 Christian Humborg | © Transparency International Deutschland As a matter of fact, the ratification of the UN convention against corruption is still outstanding. A prerequisite for its coming into effect is that parliament finally agrees on a procedure for toughening the statutory offence of bribing MPs. There are now a number of prominent members of parliament, also in the government parties, who advocate adopting the convention. But it seems that most MPs of the government parties still fear they could be unjustifiably investigated and so suffer damage to their reputations.

What effect does this have abroad?It has disastrous consequences – for Germany’s reputation and especially for the export economy. Only recently 35 business leaders, including twenty-six DAX 30 companies, complained in a letter to the parliamentary party leaders that the failure to ratify the UN convention against corruption has damaged their reputation in foreign transactions.

Structures in media houses must be reviewed

The media in Germany come off badly in the most recent corruption barometer – their score has dropped from 3.0 to 3.6.

How have such scores come about?

They are based on a population survey in 107 countries. The survey asked about the extent to which individuals sectors were perceived to be corrupt on a scale from 1 (not at all corrupt) to 5 (highly corrupt). In Germany, 1,000 selected representative citizens were interviewed online.

And why do you think the media came off so badly?

The debate about the many invitations, the opulent travelling at the expense of companies, the secondary employment – that’s all probably left its mark. Another reason is probably that the separation between editorial content and PR has become more and more blurred. And so far a debate about journalistic self-understanding and independence has been lacking in the media houses. I know, for example, that newspaper such as the Toronto Star acknowledge when a travel report has been sponsored by company xy.

Should the same be done in Germany?

When you commission a survey on corruption, how do you define it?

We don’t prescribe a definition; that’s a difficulty. Much is perceived as corruption, but is really only mismanagement. Think of the regulars’ table where everyone knows that the guys at the top are all corrupt. You have to be careful. We have a short a clear definition of corruption: corruption is the abuse of entrusted power for private gain.

Has there been progress in preventing corruption in Germany?

We can observe that more cases have been reported. The Federal Criminal Police Office assumes that there’s still a high number of unknown cases, but the number of investigations has risen, and more is being done against corruption in the public as in the private sector. In the private sector, more and more companies set up “compliance management systems”; that is, in the company leadership there are people responsible for seeing to compliance with rules and laws. This is the case with, among others, companies such as Siemens, Daimler, Thyssen-Krupp and the Deutsche Bahn.

Transparency International has itself concluded so-called integrity pacts with several partners. What are these pacts?

They mean that all parties agree to an additional obligation under private law to observe the anti-corruption rules in all tender processes. They thus agree to an on-site monitoring of this. We have such pacts with a building association, two hospitals and those responsible for the construction of the Berlin-Brandenburg airport. Originally, we hoped the latter would be our flagship project, but in view of the glaring mismanagement and construction delays we’re not about to win any prizes there.

Set in motion a spiral of trust

You say on your homepage that you’re concerned about structures and not individual cases. So you’re not a contact point for whistleblowers?

No, that’s not our job. Quite apart from the fact that we have no capacity for providing legal advice, in a state functioning according to the rule of law this shouldn’t be the task of an NGO: there is an independent judiciary and free media. This can of course be quite different in an authoritarian regime. On our homepage there are plenty of tips about to whom a whistleblower can turn, ranging from the Lower Saxony Office of Criminal Investigation to the KKH Allianz, which prosecutes fraud in healthcare billing.

Can corruption be eradicated, or is it somehow part of the culture of certain countries?

Ask a Greek mother whether she likes having to pay bribes so that her daughter can be treated in a hospital. Some people are too quick to ascribe corruption to local custom and cultural characteristics. In point of fact, people often see no other way, but abhor corruption. In countries where corruption has been natural for many, many years, we have gradually to set in motion a spiral of trust, so that a different kind of behaviour becomes possible in the medium and long term.

Volker Thomas conducted the interview. He is a free-lance journalist in Berlin and runs an agency for copy and design