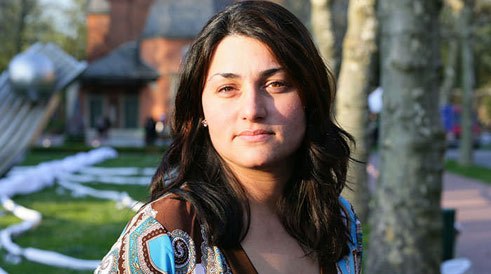 Lamya Kaddor is a religious educator and scholar of Islam. | Photo (detail): © Bertelsmann-Stiftung

Lamya Kaddor is an Islamic scholar, an author of Syrian origin and the first chairwoman of the Liberal Islamic Association. In this interview she talks about inter-religious dialogue, Salafism, her experience as a liberal Muslim and the things Jews and Muslims have in common.

You are a committed liberal Muslim. Have you been attacked by conservative Muslims?

Yes, unfortunately. Verbally at least, I’ve been repeatedly exposed to unserious criticism. There are some conservative association representatives today who are quite simply afraid of losing their power and influence in Germany. But many Muslims who belong to no association also feel threatened by me. And lest I give you a false impression, I should say that traditional Muslim women also treat me with hostility; many see Islamic religion as exclusively a male domain. A few centuries ago we were more advanced.

What is your book So fremd und doch so nah. Juden und Muslime in Deutschland [i.e., So Near Yet So Far. Jews and Muslims in Germany] about? 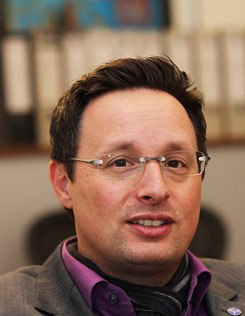 Author Michael Rubinstein | Photo: Flickr (CC) Thomas Rodenbücher In the book my co-author Michael Rubinstein and I discuss all the questions so many people believe Jews and Muslims would break one another’s heads over: the Middle East conflict, Muslim anti-Semitism and the Holocaust, for example. But we also talk about things like humour and homeland. We simply wanted to question the prejudices and agreed there would be no taboos. Each could ask the other anything. We found that while Jews and Muslims certainly don’t agree about everything, they have more in common than is supposed.

What challenges face Muslims in Germany?

Muslims in Germany must again learn that there isn’t a single correct version of Islam. Muslims often lack knowledge of the historical development of their religion; hence religious education is so important, hence more open and educationally oriented religious instruction is so important. For many Muslims in Germany, belonging to their religion founds their sense of identity; they have to learn more about it.

Many German schools have introduced Islamic religion as a school subject, but many Islamic organisations attempt to control its teaching. How do you see this? 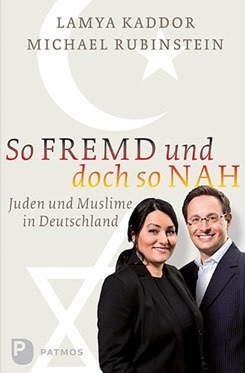 “So fremd und doch so nah – Juden und Muslime in Deutschland”. | Photo: © Patmos Verlag There’s a need for various clarifications touching on substantive orientation. Public policy is now set on an advisory model. Representatives of various Islamic organisations sit down at one table and decide on the teaching contents. In principle, the advisory model is the right one. But, first of all, the main tendencies must be represented, and that isn’t the case: representatives of a liberal Islam, for example, are as little present as are Shiites. Secondly, the composition of the advisory body shouldn’t always be the same. It should be selected on a rotating basis so that the same people and organisations don’t always have the prerogative of interpretation.

The media often talk of the Salafists. Is the attention given them exaggerated or is it appropriate?

It’s appropriate to keep an eye on the Salafists. This tendency has the power to seduce precisely young people. That needn’t always mean they’ll inevitably become violent adults, but the danger is there. Or there may be quarrels in the family when young people are taught that their parents aren’t “proper” Muslims unless they share Salafist ideas. Salafism is an extreme way of life, with all the problems bound up with this. We have to respond to it. But we should take care that one-sided media reporting doesn’t produce a generally false image of Islam. This distorts the truth on the one hand and leads to Islamophobia on the other.

Abderrahmane Ammar conducted the interview. He was born in 1982 in Morocco, went to university in Marrakech and Bamberg, and is today an Islamic scholar and freelance journalist.