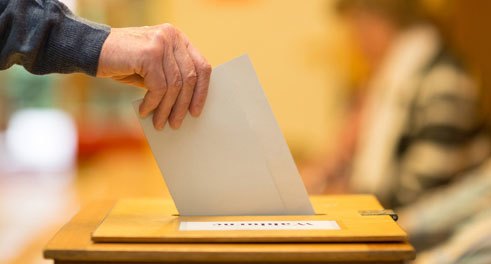 In the wake of the 2014 European elections, there have been fears of a shift to the right. An interview with political scientist and populism researcher Marcel Lewandowsky.

The 2014 European elections saw right-wing populist parties celebrating considerable victories, such as the french party Front National (FN) and the "Freedom Party of Austria" (FPÖ). The party “Alternative for Germany” (AfD) achieved around seven percent of the vote. Can one compare the AfD to the FPÖ or FN?

Yes and no. Looking at the AfD’s manifesto, it is clear that it contains a populist element, though I am intentionally not using the term right-wing populist. The AfD styles itself as representing the vox populi against “those up there”. That is a typically populist stance and is indeed something the AfD has in common with the other parties you mentioned.

Does that mean the AfD is a right-wing populist party? 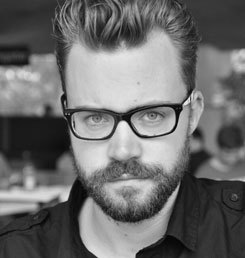 Marcel Lewandowsky | © René Schnitzmeier Right-wing populism implies different shades of xenophobia right up to conventional racism. In terms of its membership and manifesto, the AfD is not a clearly right-wing or right-wing populist party, though there are certain groups within the AfD who take very conservative moral or ideological stances, be they on issues of migration and integration or on family-related questions such as whether homosexuals should be allowed to marry or adopt children. So far, however, this has not evolved in the AfD to constitute a clearly right-wing position capable of achieving a majority vote.

How is right-wing populism defined as distinct from right-wing extremism?

In reality, the boundaries are often blurred. In formal terms, the word extremism relates to how hostile a party is to the system. Right-wing extremist parties like the National Democratic Party of Germany (NPD) are directly opposed to the free democratic basic order, even if they do not express this openly. These are parties that want to abolish the system and replace it with a new one, in the NPD’s case with a “national community” (“Volksgemeinschaft”). This extremism goes even further and is evident also in a party’s political practices and its acceptance of violence or even incorporation of the idea of violence into the way it interprets politics. By contrast, right-wing populism may include xenophobia and propagate the idea of “we were there first”, but does not go in the direction of violence. This of course begs the question of whether right-wing populism is simply right-wing extremism that is not fully thought through.

Who exactly are the people or groups that do not “belong” in the view of right-wing populists?

Right-wing populists in some European countries are considerably more successful than they are in Germany. Why is this the case?

Rightist parties in Germany still face a more difficult situation than elsewhere in Europe. Any party that emerges to the right of the Christian Democratic Union (CDU) or Christian Social Union (CSU) has to combat the stigma of following in the tradition of National Socialism, which means that it will be ignored or stigmatized by the media. When the NPD achieved 9.2 of the vote in the Saxon state elections in 2004, there was a studio interview with a representative of the NPD – and the representatives of all the other parties left the room. By contrast, politicians such as Marine Le Pen in France and Geert Wilders in the Netherlands are given a platform on television just the same as representatives of other parties are.

Xenophobia also to be found in mainstream of society

Could another reason simply be that right-wing populism is less popular in Germany?

I would not say that right-wing populism is less pronounced among voters in Germany just because people vote for a party like the AfD and a party like the NPD is not so successful. There are enough studies that show that xenophobia, or for example the rejection of homosexuality, are relatively clearly represented – even in the group described as the “mainstream of society”. This is not expressed so strongly in their voting behaviour, however.

How do right-wing populist parties change the political landscape?

Even if they are members of a coalition government or enforce their demands by staging referendums, as is the case in Switzerland, they do not have any erosive effect on the basic cornerstones of the system. That said, they do stand for tougher asylum, migration and integration legislation, and the established parties respond accordingly. For example, the tightening of Germany’s asylum law in the early 1990s was a reaction to the success of The Republicans in the state elections. In other words, the populist parties do not even have to be in power to change the policies of the established parties.

Judith Reker conducted the interview. She is a freelance journalist in Frankfurt.