Body and culture
“Nudity is considered quite normal nowadays” 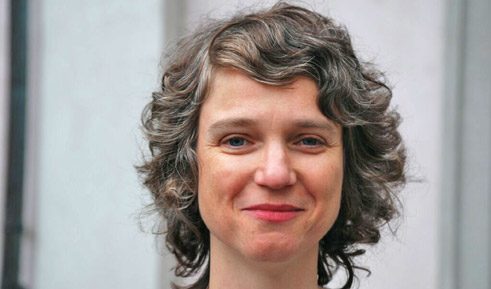 It’s popular in northern Europe but rather frowned upon in the south: public nudity is viewed differently across the world. In this interview, Maren Möhring, cultural historian at Leipzig University, offers insights into a controversial issue.

Ms Möhring, the series “Welcome to Sweden” launched on German television in mid-January 2015. It features an American who moves to his girlfriend’s native country Sweden. He is in for a number of cultural shocks – the sauna, for instance. Isn’t the image of the Scandinavian who has no problem stripping off a hackneyed cliché?

In Scandinavia nudity is definitely considered more normal than in other regions. In its early days, around 1900, the German nudism or naturism movement was already looking to Scandinavia as a model: “See, they consider nudity quite natural.”

There are big differences between European countries and America, but also within Europe. What direction has Germany taken here in terms of cultural history?

As Goethe once said, “The only real human is the nude human.” The idea behind this is that the real and authentic does not come to light when we are clothed – naturalness and nudity belong together in this way of thinking. The nudism movement in Germany took pains to de-eroticise the body. According to nudists, the naked body is not in itself sexually provocative, it’s just the way our civilisation has taught us to look at it.

As a cultural historian, what connection do you see between public nudity and political statement?

Clothing symbolises the restrictive and constraining nature of civilisation. In 1890, it was not only strange to advocate taking our clothes off in order to liberate ourselves, it was positively revolutionary. The fact that the nudism movement was able to gain such a firm footing in Germany from the 1920s onwards was indeed a German idiosyncrasy. It didn’t happen that way in any other country – not least because back then the nudism movement also saw nudity as serving the objectives of “racial hygiene” and eugenics. Nudism was most widespread in Germany. There are some nudist societies in the United States, but the first one was founded by a German near New York.

How has our perception of the body changed in Germany in the recent past?

One example: up until the 1990s the nudist movement in Germany, and Germans in general, thought of the natural body as being hairy. In the 1980s, the singer Nena caused a minor scandal in the English media when she performed, as always, with her armpits unshaved. Few people in Germany thought that was strange. Naturalness was understood to mean that modifications to the body are unnatural. The same was true in the German women’s movement, which rejected wearing bras, for example. The view was that the body should simply be the way it is: not constricted and packaged but – supposedly – free.

What role does religion play?

Even if we often don’t like to admit it, our relationship to our bodies is still strongly influenced by religious feelings. In East Germany religion played less of a role, which is also why nudism was very popular there. In Catholic countries like those in southern Europe, Catholicism has produced a different relationship to the body, nudity in public being considered unseemly. That’s another reason why topless bathing has never gained acceptance in Italy or Spain, for example. After German reunification, the Baltic Sea beaches on the German-Polish border were also the scene of major disputes because Poland’s predominantly Catholic population had no use for nudism.

Are there still differences between eastern and western Germany 25 years after reunification?

My own personal observation here in Leipzig is that many people consider it quite normal to bathe in the nude. It had a special significance in East Germany and managed to persist so successfully because it was an instance of the individual’s freedom to act independently, a feeling of being unmolested – at least on a Baltic Sea beach.

“The pressure has increased”

What sort of statement does nudity imply today? The naked bodies we see in the media and in advertising are perfect. Have moral constraints given way to aesthetic ones?

The widespread representation of perfect bodies has greatly increased the normative pressure. But things were probably no different in the early nudism movement – those are not average bodies we see in the photos from that era. The bodies were not as well-toned, though, as they are today. For example, the women in James Bond films from the 1970s are very slim but they have cellulite. Today, they spend hours working out in the gym before appearing in the nude.

What sort of image does nudity have in Germany today?

It’s become accepted. People who want to bathe or take a sauna in the nude simply do so. It’s become quite normal. On the other hand, the long-dominant view that nudity is something quite natural is changing. That’s because both the global media and migration are bringing us into contact with very differing images of the body. It’s an issue that will continue to occupy us in the years ahead.

Prof. Dr Maren Möhring is Executive Director of the Institute for the Study of Culture at Leipzig University. For many years she has been engaged in research on the history of nudism and Germans’ relationship to it. She wrote her PhD thesis on “Marmorleiber. Körperbildung in der deutschen Nacktkultur (1890-1930)” (Marble Physiques. The Shaping of the Body in German Naturism, 1890-1930) and is co-founder and managing editor of the online journal Body Politics. Zeitschrift für Körpergeschichte.

Petra Märlender conducted the interview. She lives and works as a freelance author in Hamburg.