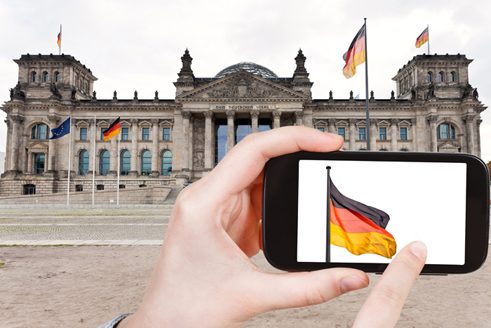 At first glance, the UK, France, Australia and South Korea have little in common. Yet these four countries are absolutely besotted with Germany. For in each of them more than 80 per cent of the population agree with the statement that Germany’s influence on the global community is mainly positive. It doesn’t look bad in the rest of the world either. The ratings in 24 countries, spread over all five continents, add up to a 60-per-cent positive assessment. Only 18 per cent rated Germany negatively. With these results, Germany is world champion in terms of popularity.

Such positive results naturally beg the question as to the originator of the survey. Yet the study is respectable. On behalf of the BBC World Service, from December 2013 to April 2014 GlobeScan polling institute surveyed a total of 24,542 people in 24 countries directly and via telephone on how they rated 16 selected countries. Although in some states the sample of just 500 interviewees may be small and the selection of countries debateable (Africa is represented only by Ghana, Nigeria and Kenya) in essentials the survey is respectable. The BBC is a globally active news broadcaster that cannot allow itself any “oddities” with this survey. Anyone looking to measure the temperature curves of national populations needs a vetted thermometer. The “Country Ratings Poll” has this quality: 2014 saw the tenth such survey, which enables interesting long-term observations.

Germany the most popular country

In 2014 the top rating for Germany rose once again, but even the 2013 mark – 59-per-cent positive rating – secured the top spot. In 2008 and 2011 too, Germany ranked first. And as in 2013, in 2014 Canada and the UK followed in second and third place respectively. However, in 2014 around 18 per cent of interviewees answered yes to the question as to whether Germany has a mainly negative influence on the global community, which is three points more than in 2013. In 2014 Spain’s rating of Germany, with a negative value of 40 per cent, was considerably more cautious than in 2013, when the corresponding figure was only 13 per cent. The euro crisis presumably has a role to play here; many Spaniards blame the German government’s strict financial management as the main reason for the economic situation. Germany’s rating in Israel was even more critical: 38 per cent of Israelis see Germany in a negative light, 25 per cent in a positive one.

Confidence in the economy falling

It is not only the BBC World Service that feels the need to measure the world. The Edelman Trust Barometer also operates in this field. For the 15th time now, in 2015 33,000 people in 27 countries were surveyed, above all on the extent of confidence in and the credibility of their own government, non-governmental organizations (NGOs), business and media. The survey was developed by market research firm Edelman Berland and is conducted by means of 20-minute online interviews. The focus is on economic issues. The survey results, published in January 2015, showed among other things that in general confidence in Germany has fallen on the prior years. Compared to 2014 the Trust Index sank by seven percentage points to 50 per cent. This is primarily due to the decrease in trust in companies, NGOs and media. What is remarkable however is that the German government managed to buck the trend and raise confidence by one percentage point to 50 per cent – a very high value compared to other countries as well as previous German results.

A third renowned study is the Anholt-GfK Roper Nation Brands Index (NBI), likewise based on international surveys. In 2014 a total of 20,125 interviews were conducted in 20 countries. British policy advisor Simon Anholt developed the NBI and realizes it in collaboration with Germany’s largest market research company GfK. Here nations rate nations according to 23 criteria in six categories: exports, government, culture, population, tourism and immigration/investment. The format of this as well as the previously mentioned surveys naturally begs the question whether states can be conceived as brands and whether such highly complex structures can be reduced to so few components. Nonetheless the questions asked, although not a precise science, can be considered guidelines. Germany ranked first in the NBI 2014, moving up from second place in 2013. For the first time since 2009 the USA did not top the table in terms of nation image.

Various factors made Germany number one in the NBI. One time the survey was conducted between 10 and 28 July 2014, when the German national football team had just won the World Cup in Brazil, with elegance, strong technical skill and a very appealing playing style. This noticeably upped the points in the section “top sporting achievement”. Further drivers in the global rating were Germany’s leading role in Europe and strong economy and then its continually perceived responsibility in international terms. In the category “honest and competent government” the rating climbed significantly, and “investment climate” and “social equality” saw the highest scores measured in any category in the NBI. Germany and the Germans can be happy – at least until the next survey.

Joachim Huber is Head of Media Editing at “Tagesspiegel” in Berlin.