The Sharing Economy
Sharing via App Instead of Owning

Sharing is on the rise. One in five people in Germany already uses a sharing app, and Germany is also a hotspot for app development. 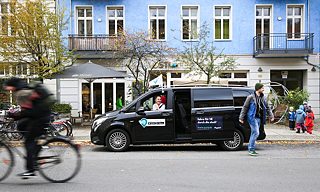 Is Ownership Going Out of Style?