Maxi Obexer
Germany
Does a universal principle of freedom exist?

Freedom is a common space that has to be filled by all who inhabit, enliven and narrate it. We must find our way towards a common position, or find our way back to one.

Europe's Way Out into the Open

An animal taken into captivity first seeks its way out into the open. The distress is so great that every piece of cheese, no matter how large, is irrelevant. Food becomes secondary; being free is more than surviving, being free is to be alive. Life itself is a struggle for freedom. 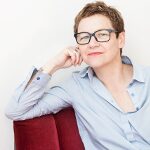 Photo: Nane Diehl © Goethe-Institut Are distressed and vulnerable where we are constrained, where free space, whether public or personal, becomes narrower. And like animals, we usually do not react until it has already happened, when we notice that we have been robbed of free space in our thinking and acting. The greatest skill seems to be to react in a timely fashion and first of all to find out from where, through which powers freedom is imperilled.

With each decade and its revolutionary new technologies, new possibilities for the deprivation of liberty are revealed to us. Swiftly put to use by both old and new despotic accesses. After Trump’s election, it became clear to the world's public how rapidly methods multiply and with what virulence they had already been deployed. Even before any prohibition of freedom of expression, they manipulate where thought arises authentically. And even freedom of expression undergoes a perversion in the face of the vilification and abuse by others, and thus itself becomes an instrument of curtailment.

From here I would like to describe why we urgently need to find a common position on freedom - or return to it. I'll start with thinking and perception, where decisions are made as to how freedom is at home in our minds, or how much it is being obscured. The concepts that have been drifting down on us for years now, such as fear and crisis, the boundaries against - and the blunt hatred of - 'the others', including the open or hidden assertion of separate worlds, have cut deeply into the human community like incessant sawing. Political, media and linguistic narratives are pursuing an open policy of separation and differentiation, the bureaucracies follow suit with corresponding concepts, categories and typologies. Thinking in terms of differences imposes itself upon us before even a single common moment could flash into awareness; and differences themselves are treated as insurmountable barriers. We no longer perceive people, but rather their classification into groups, affiliations, national or cultural identities. But there’s no such thing as immigrants, there are no refugees, no foreigners. And an identity does not reveal anything about its counterpart, nothing about how and where it is connected, how life and being human are constantly undergoing change and transformation. Instead, it excludes all that.

But we are linked, connected, interwoven, in love with people all over the world more than ever before. With the awareness of how precious and unique it is - in view of the spatial and temporal expanse of the universe - to profoundly encounter one another physically and spiritually for the brief span of a human life. And our friends, who today are being threatened in their writing, thinking and acting, are not only friends in the figurative sense. We share life, thoughts, hope and love. More connects us than separates us. Freedom today is the common space to be filled. Of all who live and breathe and tell about it, throughout Europe, and the world.


Next question:
"What connects us?"

Maxi Obexer, playwright and author, grew up in South Tyrol / Italy; she lives in Berlin. She has been awarded the Robert Geisendörfer Prize, the Eurodram Prize 2017 for her radio play and theater play "Illegale Helfer" ("Illegal Helpers"), as well as the Potsdam Theatre Prize 2017 for "Gehen und Bleiben“ ("Going and Staying"). Long before the tragedies in the Mediterranean were noticed, Obexer raised the question of the value and significance of Europe, resulting in her radio play and stage play "Das Geisterschiff" ("The Ghost Ship", 2006), and her debut novel "Wenn Gefährliche Hunde lachen" ("When Dangerous Dogs Laugh", 2011). In autumn 2017, her novelistic essay "Europas längster Sommer" ("Europe's Longest Summer") was published, for which she was nominated for the Bachmann Prize. Maxi Obexer has taught as a visiting professor at Georgetown University in Washington DC, Dartmouth College NH, University of the Arts, Berlin, and at the German Literature Institute Leipzig. In 2014 she founded the New Institute for Dramatic Writing, NIDS.