Nothing can guarantee freedom – not algorithms, artificial intelligence, or human beings. Freedom is something we negotiate with ourselves and our social and political surroundings on an everyday basis against a horizon of unlimited, but unattainable ideals. As such, artificial intelligence can inform our decisions, but by limiting the question of freedom to more or less precise decision-making based on algorithms it leaves out the human factor in the equation. Without human fallibility, moral responsibility, social organization, ethics, emotions and desire, there is no freedom.

The question of freedom is often posed as a philosophical issue, but it is answered pragmatically by living life within the limits of mundane restrictions and everyday aspirations. This too applies to how we navigate the digital present and debate a future where data, algorithms and artificial intelligence will substantially infringe upon our choices in known and unknown ways. 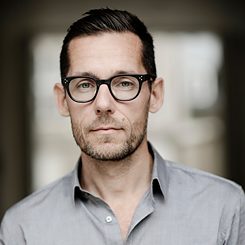 © Sigrid Nygaard Global conglomerates harvest, own, and sell our data to the highest paying advertisers. Their commodity is our attention. This is not a secret. We all know that now, and yet we spend countless hours on social media which are structured and curated by algorithms and designed for profit. The American cultural theorist Fredric Jameson has argued that it is easier to imagine the end of the world than the end of capitalism. When it comes to data it seems equally difficult to find a place outside the digitalized present or even, more narrowly viewed, outside social media from which to protest against the companies that administer our attention. Hence the irony of calling for boycotts of Facebook after the disclosure that Cambridge Analytica’s reselling of personal data harvested from Facebook were organized on …. Facebook.

Algorithms and artificial intelligence have an enormous potential to inform human decision-making. However, for them to support free human decision-making rather than promote political agendas or raise commercial profit margins, we need to know who holds what data and to what end. Who edits the content we are presented with on social media? Who is accountable for the use of our data? What are the checks and balances of an economy of attention?

Follow-up question
If we assume that freedom of information and freedom of speech is a collective rather than an individual challenge, who or where is the collective that is going to push back against global conglomerates like Google and Facebook over issues such as privacy, fake news, data harvesting, etc.? The EU? New anti-trust legislation in the US? A single strong nation state? Coalitions of private consumers and users? Or something altogether different?

Rasmus Øhlenschlæger, born in 1975, is the Director of Development at the Danish newspaper Information. He also heads the publishing house Informations Forlag. He has a PhD in Scandinavian literature from the University of Copenhagen. He also studied at New York University for his MA degree and was a Visiting Fellow at Columbia University as part of the work on his PhD. He has published the book "Vidner og dommere – dansk kritisk essayistic om krig og terror" ("Witness and judge – contemporary Danish critical essays on war and terrorism") and is a board member of the Danish cultural festival "Golden Days".