Whether a neighbourhood is a problem district does not depend on its building style | Photo (detail): © Fotolia/pureshot

There are problems when neighbours are afraid of one another, says urban sociologist Jens S. Dangschat. Bringing them into dialogue is therefore the best safeguard against the emergence of “problem districts”. 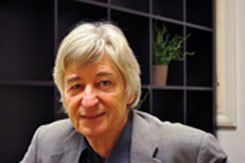 The urban sociologist Jens S. Dangschat | Photo (detail): © TU Wien Professor Dangschat, what factors indicate whether a neighbourhood should be treated as a problem district?

The term “problem district” is an ascription from outside. To receive public funding, criteria must be met that define the “problem”. The specific criteria, such as a high percentage of the elderly and children, are unfortunately often unconvincing. Further criteria are poverty indicators such as unemployment, the number of Hartz IV recipients and, what in my view is particularly questionable, the proportion of foreigners. There is no empirical evidence that a high proportion of foreigners is a significant problem.

Why then do researchers and public authorities use such indicators?

Behind this is the idea that problems arise when too many people of one group live in a neighbourhood: too many poor people, too many foreigners, too many old people. Yet we know from studies that, for instance, conflicts with the immigrant milieu is often most virulent where the proportion of foreigners is particularly low.

When the stranger becomes the bogeyman

What indicators would identify the development of a problem district?

Changes that are perceived as negative are much more plausible indicators. When the economic situation of people deteriorates, every stranger becomes a bogeyman – in accordance with the reflex: “Since they’ve been here, everything’s got worse”. Against the background of the integration challenges represented by refugees, this factor is more decisive.

So subjective and objective perceptions differ greatly in assessing a problematic situation?

People don’t act based on objective factors such as the proportion of foreigners, but rather on their assessment of what they perceive. For example, most immigrant groups spend an above average amount of time in public space. That is owing to cramped living conditions, but also to cultural socialization. This high visibility in public is already felt by many people as a threat. Although subjective perception and objective data in terms of crime are far apart, people feel afraid. This is a clear result of reports in the media.

Is the danger of problematic developments greater in newly built areas?

No, it’s a question of occupancy. Independently of the occupant’s origin, the length of residence plays a role. The sociologist Norbert Elias has shown that even in social groups that are in principle equal, the older residents claim the right to set the rules on the spot. As soon as others come, there are recriminations.

“We don’t even know what mix makes sense”

Would the logical answer to these problems be to produce a social mix?

That’s always the political response: mix, mix, mix. But we have no empirical evidence for it; it’s based on a purely statistical approach. We don’t even know what mix according to what measure makes sense – in the stairwell, in the block, in the neighbourhood. The principle of the mix works demonstrably very well only in middle class areas, as long as the infrastructure is there.

How can public authorities respond sensibly to this?

What matters is what happens on the ground. The federal programme “Social City” has formulated the right goal: we must build bridges. Dismantle the foreignness between groups. This can be done both through urban planning interventions and through innovative educational programmes.

What measures do you recommend specifically?

First, we have to create occasions for people to come together and recognise their commonalities. These may be questions about how they can lead decent lives in the neighbourhood, how car noise can be curbed, where there’s room for children. Here cultural differences aren’t so relevant. That’s why participation is so important when it comes to shaping public space. Secondly, schools play a decisive role when they take an open educational approach that generates positive experiences of socialization. But this means that at school all the festivals of the major world religions are celebrated together. Thirdly, the federal government must enable cities to continue successful approaches. For the sake of social cohesion it’s important that cities have more options for action so that poverty doesn’t translate into social isolation and confrontation.

Till Briegleb conducted the interview. He is a freelance writer based in Hamburg. One of his main subjects is urban architecture.