​Maybe those who’ve still got a job and a flat will end up being a lousy minority. An envied little clique who get to travel the world as much as they like, spreading emissions across the globe – and planning flights to the moon because Antarctica is melting and bears in the woods are dying of diseases somehow caused by the heat. 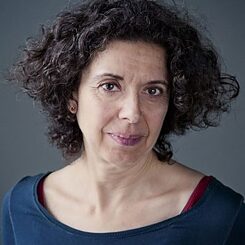 © Bettina Straub I desperately wanted to go to the American Deep South, where James Agee and Walker Evans travelled in 1936. The writer and photographer undertook an “independent inquiry into certain normal predicaments of human divinity”, "an effort in human actuality," as Agee put it. Franklin D. Roosevelt and the New Deal. But what would I be looking for in Alabama? And with no health insurance there?

Or I’ll travel to the good life as an alternative to the imperial lifestyle, which means showering daily and shopping for food at all hours of the day or night, from every continent on earth, and paying awfully little for it. Because others pay for it, others who live somewhere far, far away. It seems to me that the world has never closed ranks so tightly before. Locust plagues, bee colony collapse – I'm a city dweller. 50 billion bailout package – will a New Deal do the trick? I don't know. Millions of hungry people gazing at my Meissen porcelain plate or Rosenthal dinnerware – though not Bollhagen, not Hedwig Bollhagen. That was East Germany. Liquidations, holding patterns for civil servants, that was in the 90s, and then came the solidarity surcharge. Who'll buy me some bananas for surviving the system?

Just don’t swallow it all up at once, that would be foolish. Redistribute.
Now we’ll surely have to cough up a solidarity surcharge: in and outside of Europe.
Or I could cook pudding and sell it in the street and let rooms to people who lose their jobs and then their homes. My parents' stocks and bonds are worth less than paper tablecloths. There might be a crash in which all the dictators in the world want to double-check their arsenals and take control over the people. Then again, plenty of people have already had the taste of freedom on their tongues. Give up the taste of freedom? Rosa Luxemburg looked out the window of her prison cell and watched a dandelion thrive. A plant shooting up unbidden. Capital will devour itself if we don't stop it. As for the good life, we could at least get back to the idea of self-sufficiency, in which case there will have to be a wealth tax and limits on the pursuit of profit. I remember the Ahlen Programme of the CDU, Germany’s conservative Christian Democratic Party, when they proclaimed, “The unrestricted reign of private capitalism has come to an end." The programme was drawn up in 1947, in the painful aftermath of World War II.

Some older Germans are now reminded of scenes from World War II when the trains stopped running and the taps stopped dripping because there wasn’t any running water anyway. That's probably why Deutsche Bahn has kept the trains running, even though they’re empty, as well as the underground and suburban trains in Berlin. Do they still have to be as overcrowded as before? At any rate, we could work less. It's unhealthy to work so much. Just as it is unhealthy for any nature to be subjected to so much noise, stench and ruthless exploitation. That’s clear to many people now. If I don't need to earn more than I can use myself, then work done for others literally takes on added value. I could also freeze my “mobility account”, which determines how much I’m allowed to move around over the course of, say, seven years. In the eighth year, sorry, but I can't come, it's like a mandatory sabbatical. I'm not allowed to travel. “Worktime accounts” (aka “flextime wage records”) have already been around for some time. So why not “mobility accounts”?

Maybe those who’ve still got a job and a flat will end up being a lousy minority. An envied little clique who get to travel the world as much as they like, spreading emissions across the globe – and planning flights to the moon because Antarctica is melting and bears in the woods are dying of diseases somehow caused by the heat. So they’ll have to seek life elsewhere. Giving hospitals back to society remains a pipe dream. The crisis profiteers are making a killing and refuse to keep drug prices down to affordable, accessible levels. We’ll gather together all the papers we need to immigrate to other continents that have fared better. National borders could fall away if there are more people leaving or migrating than staying put. Young people in particular would try to leave.

My boyfriend is writing a preface to an opera libretto - an activity that seems unreal to me.
We’re living through drama right now that’s every bit as awful as in Béla Bartók's Bluebeard's Castle or Luigi Cherubini’s Medea. Most of the characters are dead at the end. They die a social or natural death or at the hands of a murderer. We play along, weeping over the dead as if we weren’t in the same boat.
When I die, it won’t matter anymore whether I was black or Jewish – or white. Death transcends the “colour line” that W. E. B. Du Bois spoke of. After a 1949 visit to the site of the Warsaw Ghetto, Du Bois realized that racism isn’t only deadly for blacks. Only now, three quarters of a century later, there are more people on one side of the line than on the other.

A production for the Goethe-Institut

Esther Dischereit is a Berlin-based writer of novels, short stories, essays, poetry and plays for radio and the stage. Based in Berlin, Dischereit is regarded as a leading figure of second-generation German Jewish literature after the Holocaust. Her prose works include Joëmis Tisch – Eine jüdische Geschichte (1988) (English title: “Joëmi’s Table), Übungen jüdisch zu sein (1996) (Lessons in Being Jewish), and Blumen für Otello. Über die Verbrechen von Jena (2014) (Flowers for Othello: On the Crimes that Came Out of Jena), about a series of racially motivated murders and bomb attacks committed by a terrorist organization called the National Socialist Underground from 1998 to 2011. In 2020 she published Sometimes a Single Leaf, a book of German poetry with English translations by Iain Galbraith, and a collection of essays entitled Mama darf ich das Deutschlandlied singen (Mama, May I Sing the German National Anthem).