Will we draw new arguments from this crisis to make people look at the social classes that have been left behind, and at the countries of the South without resources or infrastructures to face the emerging worrying world that those of the North have largely plundered? 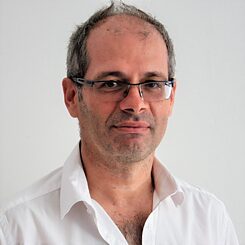 My health is fragile. I have often been forced to limit my most reckless desires. Not to the point of being confined. Now, deprived of movement, I feel more strongly than before the link between the dilution of time and the shrinking of space. I realize that this confinement reassures in the moment and anguishes for the future. It protects our bodies and makes our minds boil. It isolates us in our private spaces and worries about the fate of public spaces.

In Morocco, this translates into a mixture of rationality, economic forecasting, responsiveness in the health sector, recourse to expertise, and, along the way, the affirmation of the authoritarian state as the sole guarantor of order. In the city, the most deprived, who live crammed together in working-class neighbourhoods and depend on supplementary income, are fighting to survive without suffocating. On the net, the propagators of fake news are becoming less and less prolific for fear of reprisals. Anxiety is palpable, in the air, in conversations. But the desire to get out and forget is just as striking. Thinking of the crisis as an opportunity to reinvent humanism or to move beyond “economism” is a luxury that very few can afford.

In our lives, everywhere, there is a big economic depression, many unemployed workers, more informal workers without resources, and a duty to change course, on a societal, ecological and ethical level. There is an unprecedented opportunity to be seized. But what will it be?

Three hypotheses jostle in my head. The first, pessimistic and probably dystopian, leads me to believe that, once again, humanity will not be able to draw the necessary lessons from this huge alert on the fragility of an over-exploited, inter-connected world. The geopolitical calculations are going to resume with renewed vigour and the opposition between the opaque, hyper-monitored and supposedly efficient Chinese model and the Western, liberal model, which is unsuited to shocks that reveal its social and human failings, risks dividing the world even more and dragging it into a new unbridled race, led by the multinationals and the sellers of ready-made formulas, to the point of forgetting that we are going into the wall.

The second hypothesis, placing a little more trust in the rationality of actors and institutions, suggests a possible rebalancing, in terms of economic policy, in favour of the welfare state, the strengthening of health and education systems (e-learning, among others), but not necessarily in favour of social nets for the most vulnerable.

The third hypothesis, more utopian, just leads me to ask questions in the same way you would send out an SOS and hope for a response: Will we draw new arguments from this crisis to make people look at the social classes that have been left behind, and at the countries of the South without resources or infrastructures to face the emerging worrying world that those of the North have largely plundered? Will we use this interlude, where individual interests have been set aside, to fight more relentlessly against injustice, inequality and all forms of corruption and unjustified sources of revenue that threaten to regain ferocity in order to make up for lost time? Will we finally have the courage for a world governance, less bureaucratic than the UN, less mercantile than the WTO, and more concerned about human, natural, economic and cultural balances?

I remain particularly concerned about the cultural industries, freedom of expression, and the alternative ways that communities invent for themselves to get out of the situation differently, through art or through collaboration. Even if there is an impetus for solidarity in times of crisis, I am skeptical about the ability of people to maintain the same degree of empathy in times of prosperity. The duty of modesty imposed by the fear of death cannot continue.

Basically, I do not see this period as a tunnel that we will just go through to find the light at the end. It is, much more than that, an involuntary pause, which forces us to conceive of our relationship to life, to others and to the future in a completely different way. I have never felt so much that the brevity of life and its fragility require us to be attentive to the small, precious, ephemeral pleasures that are scattered throughout it and to the beings, relatives, friends and loved ones, who populate it. As I have just realized, the future is not far away, our cumulative actions bring it closer, science fiction is a genre that speaks to the present but with symbols that are socially distant from us, and we will no longer be able to live with blinders on.

In my isolation, I take refuge in literature to open windows on the elsewhere. Together with my fellow researchers and writer friends, I have launched a primer project on how to think differently in times of crisis and resilience. And with theatre friends, we are thinking about what it means to watch the world empty while the sky is closed. Always searching for meaning. It opens up unsuspected perspectives and keeps us on the lookout for political and ethical inconsistencies. Normal life will return and there will be plenty of it.

As a writer, journalist, and researcher in the social and cultural studies, Driss Ksikes is one of Morocco's most important intellectuals. He is the director of the interdisciplinary research center "Economia" at the Business School HEM in Rabat. From 2006 to 2011 he was editor-in-chief of the magazines "TelQuel" and "Nichane". In 2007, he had to interrupt his journalistic activities after being convicted of the violation of religious values. Driss Ksikes is strongly involved in the Moroccan cultural and scientific life and has initiated and curated important projects in the fields of philosophy, art and theatre. His latest novel is about the heritage of the philosopher Averroes. Driss Ksikes is a member of the committee for a national development model, which was designated by King Mohammed VI in 2019.