In the context of Pakistan, where gender inequality is particularly high, a pandemic such as COVID-19 will be disastrous for many women, particularly those living in the peripheries and those occupying the lower end of the economic spectrum. It is imperative that policy makers take this seriously and for gender to become one of the main considerations in terms of how responses to the pandemic are being designed. 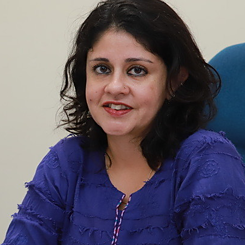 The Gendered Impacts of COVID-19 in Pakistan

Last week, one of the most popular Pakistani clerics, Tariq Jameel, appeared on national television during a telethon that was raising funds for the government’s COVID-19 relief efforts and implied that, amongst other causes, it was the ‘shamelessness’ of young women that had led to the outbreak of the pandemic. A controversy soon erupted and social media was bursting with arguments for and against the preacher. Feminists, a small but vocal minority, were enraged at the implication that a pandemic could be blamed on women. Many others defended the cleric, pointing out that he was only doing his job by reminding people about religious teachings. After a few days of heated debates, rather surprisingly, the cleric issued a tepid apology for his words and the moment is already fading from public memory. If anyone thinks the COVID-19 pandemic has nothing to do with gender, this anecdote should make you think again. The pandemic is gendered both in the way it is described and in terms of its impact. This essay attempts to think through some of these gendered impacts in the Pakistani context.

Since we first started to grasp the nature and scale of the outbreak, feminist researchers around the globe have been investigating what the gendered impacts of the COVID-19 pandemic have been so far and might be in the future. While men have a relatively higher risk of dying as a result of COVID-19, women face a whole host of other burdens both within and outside of the home as a result of the pandemic. As reports from other parts of the world slowly come out, highlighting the ways in which the COVID-19 pandemic has been reinforcing and even exacerbating existing gender inequalities, little concrete information is available about the Pakistani context as of yet—a country that is already one of the lowest-ranked in the world in terms of gender parity.1 Here, I would like to reflect on some of the possible ways this may be affecting women in Pakistan, looking at what we already know about the state of women in this country.

While the lockdown has not been as strict as it has been in many other countries, most businesses and workplaces have been closed since the middle of March, as have been schools across the country. Hence, even though overall public mobility may be relatively lower for Pakistani women than it is for women in other parts of the world, the lockdown has meant that most family members are cooped up at home all the time. This has led to various kinds of strains on women in particular.

As is the case across the world, women in Pakistan perform the vast majority of unpaid care work in the household. While gender disparities vary from country to country, the situation in Pakistan is amongst the worst when it comes to unpaid work. During ‘normal’ times, the UN’s Progress of the World’s Women 2019-2020 report found that, for every hour of unpaid work men performed in the household, women performed eleven doing the same (Ahmed 2019). With the lockdown in place and all family members stuck at home, one can safely guess that the workload for women has increased exponentially.

We also know that, apart from domestic tasks, women are largely responsible for all categories of ‘care work’ within the household. With children either out of school or studying online while at home, it is generally their mothers who are paying the highest price. For those children who are expected to engage in online learning, it is their mothers who are most often acting as their teachers. If those mothers are also engaged in paid work at home, they are not only carrying a double burden of housework and paid work, but are now expected to carry a triple burden by also acting as full-time educators for their children.

Care work also includes taking care of elderly and sick family members as well as supervising the children’s schoolwork. With an already strained healthcare system in which there is less than one physician available per 1000 people, it is most often women who are expected to pick up the slack at home where the healthcare system fails. For women from lower income groups and for those living away from major urban centres, the situation is far worse. Despite relatively low numbers of confirmed COVID-19 cases at the time of writing compared to some other countries, hospitals were still reporting that they were at capacity in terms of accepting patients. As the situation worsens, it will be women who will be carrying the burden of care for the unwell, very often at the expense of their own health.

Furthermore, in cases of previous pandemics such as the Ebola outbreak in Western Africa, meagre resources allotted for healthcare were diverted from reproductive and sexual health to the emergency response (Wenhan, et. al. 2020). In a context where maternal mortality has only recently started to improve and is still very high, such as Balochistan, such a thing could be disastrous for women.

One of the most worrying ‘side effects’ of the COVID-19 pandemic has been the rise in domestic violence cases around the world, with the UN reporting a 25% increase worldwide. With women and children trapped in the same house as their abuser, there is literally no escape, even temporarily, from a violent situation. For those living in cramped quarters in low-income urban settlements, one can only imagine the horror. Support for domestic violence victims is lacking in most parts of the world, but the situation in Pakistan is particularly grim. While countries such as France have opened up hotels for domestic violence victims (Godin 2020) and both France and Spain have initiated a system of code words which women can use at pharmacies in case they need help (Malkani 2020), no such measures have been taken in the Pakistani context. Reporting mechanisms and domestic violence shelters are scant, and with the lockdown in place, the chances for women to reach such places are even lower. While helplines for domestic abuse victims exist in theory, a lawyer working with domestic violence victims, Sara Malkani, recently reported that she tried to call the Ministry of Human Rights’ helpline on two different occasions and got no response. She rightly argued that the rise in domestic abuse in Pakistan and around the world should hence be regarded as a ‘shadow pandemic’ (Malkani 2020).

Apart from the strains on women within the home experienced as a result of the pandemic, women are often in the most precarious positions when it comes to paid employment. Pakistan has one of the lowest rates of female labour force participation in the region (approximately 22% according to the ILO), and the vast majority of women are employed in the informal economy and engaged in low-paid contract or home-based work. They would be amongst the first to be let go as companies cut back on expenses, and the sources of income for many others will have dried up, given the current crisis. Furthermore, as in most parts of the world, women are often involved in ‘caring professions’, including the provision of healthcare services. Hence, they are amongst the most at-risk in terms of contracting the virus. For this reason, women doctors and nurses have been leading the charge to demand personal protective equipment (PPE) across the country, sadly with little success so far. Finally, for members of the Khwaja Sira2 community, the lockdown has also meant that they are deprived of their usual sources of income, and because of their marginalised status, they are often overlooked in terms of receiving support from existing welfare schemes.

While the COVID-19 pandemic has affected everyone in some way, it is important to be conscious of how existing inequalities are being exacerbated during the lockdown. In the context of Pakistan, where gender inequality is particularly high, a pandemic such as COVID-19 will be disastrous for many women, particularly those living in the peripheries and those occupying the lower end of the economic spectrum. It is imperative that policy makers take this seriously and for gender to become one of the main considerations in terms of how responses to the pandemic are being designed.

2  Khwaja Siras (colloquially also called ‘hijras’) are a transgender community that exists across the subcontinent. They are often also referred to as ‘the third gender’.

Dr. Nida Kirmani is Associate Professor of Sociology at LUMS (Lahore University of Management Sciences). Nida has published widely on issues related to gender, Islam, women’s movements, development and urban studies in India and Pakistan. Her current research focuses on urban violence, gender and insecurity in the area of Lyari in Karachi.