Tobias Voss heads the International Markets department of Frankfurt Book Fair and organizes numerous events abroad. We talked to him about German literature abroad, the licensing business and Germany’s guest appearance at the Rio International Book Fair in Brazil 2013. 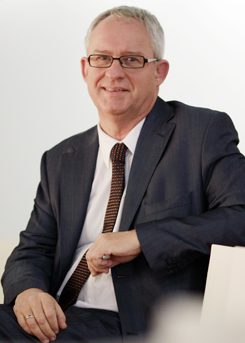 Tobias Voss heads the International Markets department of Frankfurt Book Fair | © Frankfurter Buchmesse/A. Heimann Mr Voss, what is your remit when it comes to organizing a trade fair event abroad?

We receive funding from the German Federal Foreign Office which allows us to appear at the world’s leading international book fairs, of which there are around 15 to 20 each year. In our capacity as Frankfurt Book Fair, we represent on the one hand the economic side of the book industry. Anyone who is interested in the international book market will know that we are the world’s most important book fair. On the other hand, we believe it is also very important to present and showcase cultural and educational aspects of the book market under our Books from Germany banner. Alongside presentations at our booth, we organize professional events to accompany the fairs. At the 2013 fair in Rio de Janeiro, for instance, we will put German publishing staff in touch with their foreign colleagues at matchmaking sessions. If necessary, we also run events focusing on topics such as production and marketing or rights and licensing.

Germany will be the guest of honour at the Rio International Book Fair in 2013. What exactly will this involve?

Appearing as guest of honour is a bigger and better deal than simply taking part in a fair. In Rio, we will have 400 square metres of booth space, half of which will be used by the Goethe-Institut for its Germany for Beginners exhibition. The other half will be used to showcase book collections and present publishing houses, and to serve as a stage for events. To ensure that we achieve lasting impact, we have to ensure that things are going on all the time. We invite visitors to the fair to come into our booth, pick up books and spend time with us. Our staff will also be on hand at the booth to answer any questions.

Which authors do you tend to profile abroad – the lesser-known or the more established writers?

The Goethe-Institut is one of our most important partners – our collaboration has even been enshrined in a contract for many years. When we make joint appearances, the Goethe-Institut often takes responsibility for the literary side of things in the country in question. For Rio, we jointly selected around ten authors, including well-known writers such as Ilija Trojanow and Wladimir Kaminer. Carmen Stephan, the author of Brasilia Stories and Mal Aria, will be present; she has also lived in Brazil and thus has an affinity with the country. Then there is Olga Grjasnowa: she wrote Der Russe ist einer der Birken liebt (All Russians Love Birch Trees) and was longlisted for the German Book Prize 2012.

The delegation is composed on the basis of which author has a particular relevance to the country or region in question – perhaps he or she even speaks the local language. What is more, it is important which author has had works recently translated into the local language. Foreign publishers often take a risk when commissioning translations, which means a more modest marketing budget due to the additional costs. Many publishing houses therefore cannot afford to pay for an author to travel to the country themselves. If we bring the German author with us, the publisher can take advantage of the author’s appearances for marketing purposes. By inviting authors to travel with us, we make foreign publishing houses more willing to commission a translation because the risk is reduced.

What other books do you have in your portfolio?

We put together new collections of books every year. This always includes a literary collection based around the German Book Prize. Another collection – which in 2013 goes by the name of Living Urbanity – targets one specific socially-relevant topic. Highlighting the diversity of opinion and lively culture of debate in Germany is something that is very close to our hearts. Furthermore, when putting together the collections we take into account the circumstances of the country in question. In Brazil, for instance, there are not that many people who speak German, so it is not worth taking along our complete literary collection. Instead, we focus on our collections of children’s books and graphic novels: they are easier to understand and appeal to a wider audience.

How do you choose the publishing houses that are to feature at trade fairs abroad?

Generally speaking, we invite all publishers to take part in a fair. Our mailing list contains over 2,000 addresses; these include the 200 to 250 or so publishers that regularly sell many licences abroad. Then there are around 500 publishing companies that just occasionally sell a licence. When Germany appears at a trade fair as the guest of honour, particular attention is paid to German book production, which in turn triggers a greater response from the participating publishers. Some publishers travel with their staff to the fair in order to conduct meetings, sell licences and obtain a personal impression of the book market. One thing applies to all trade fairs: the book industry still operates via direct contact between industry participants – this is why trade fairs are so important, as they bring people together.

Which strategies are pursued by German publishers when they appear at trade fairs abroad?

German publishers assess their opportunities on the respective market on the basis of their own experiences and strategic aims. Publishing strategies for the individual countries are complex and differ from publisher to publisher. Approximately 150 German licences are sold every year to Brazil, and we will for example have a number of children’s book publishers at our booth. Children’s book licences sell very well abroad and are an excellent means of getting the ball rolling.

Trends always play an important role. Recognizing trends early on can create great opportunities, though it also remains a somewhat risky business: many publishers, for example, have jumped on the fantasy bandwagon. By the time a book has been written or translated, however, the hype may already have died down again.

Tobias Voss worked in a book shop after completing his degree in German studies and biology, and then established a successful literary agency. Since 1998 he has worked for Frankfurt Book Fair, where he was initially responsible for the international offices before taking over the International Markets department as a member of the management board.

Mirjam Miethe conducted the interview. A media studies expert, she works as a freelance journalist and author in Frankfurt am Main.