German Crime Fiction
Somewhere Between the Provinces and Social Criticism 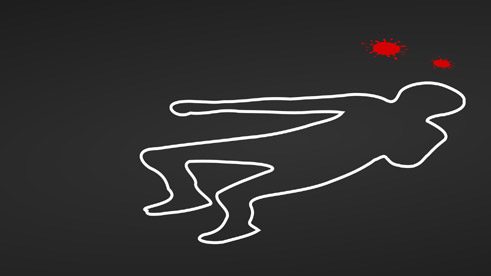 Long gone are the days when crime novels were treated with disdain and written off as lowbrow, easy reading. Nowadays the best novels of this genre focus critically on politics, society and history.

Murder and manslaughter, criminal instincts and base motives – the top ten books on German bestseller lists are almost always crime novels or thrillers. Between 30 and 40 per cent of all the fiction published annually in Germany is suspense literature. This term, however, is somewhat unclear. It embraces everything that the book publishers stick this label on – alongside crime novels and thrillers, it also includes fantasy, science fiction and horror.

A major part of the genre is in translation, preferably of books from England and the USA. The number of German crime novels and thrillers, however, has been on the up and up since the turn of the millennium.

For several years now in Germany so-called regional crime novels have been very popular. These are stories set in a particular regional context, preferably with weird characters and written in a style that is often raucously humorous. The actual case in question becomes a minor matter. In the meantime, however, all the various regions in Germany seem to have been covered in one book or another. Now, however, the plot is still revealed in the same narrative style, but the regional focus has moved to neighbouring countries: to Provence, Brittany or Tuscany – to the preferred holiday regions of the whodunit-besotted middle classes.

There is, however, another type of crime novel that is similar to the regional crime novel in its style and tone, but is tailored to meet the needs of special target groups: be it cat lovers, dog lovers or pig lovers, investigative elderberry bushes or tea drinkers, gourmets and wine connoisseurs – the list goes on and on. Thrillers are also an integrated component of the German mainstream suspense scene, shaped in most cases by Anglo-American role models and with a tendency towards increasingly drastic ways of murdering people and absurd twists in the plot.

An interweaving of politics, business and crime

Moving away from the bestseller lists, however, we see a completely different picture. In July 2015, for the second time in a row, Merle Kröger’s Havarie was at the top of the Krimizeit-Bestenliste, a list of recommended reading compiled every month by critics and crime novel experts in the Die Zeit newspaper. Almost cinematically inspired, the novel tackles the current refugee crisis and its focus and complexity show just how broad the crime novel label can be.

The fact that a concrete, regional location does not necessarily have to verge on the banal is clearly shown by the “Frankfurt” series of crime novels by Jakob Arjouni, who died in 2013; by the novels of Christine Lehmann, who with Lisa Nerz created one of the most exciting female figures on the German crime novel scene; by Robert Hültner or by the historical and contemporary crime novels by Robert Brack.

Influential in both style and relevance, there are the old masters like Frank Göhre, who is one of the few representatives of “noir” fiction – a subgenre of crime novels – in Germany, or Detlef B. Blettenberg with his internationally flavoured novels about business, politics and crime.

If we take a look beyond Germany’s borders at what is going on in an international context, we find Oliver Bottini with his current thriller Ein paar Tage Licht (A Few Days Of Light) that deals with the issue of arms trafficking, Bernhard Jaumann with his novels that are set in Namibia or André Georgi’s debut novel Tribunal, a political thriller against the backdrop of the war in Kosovo. Zoë Beck’s novel Schwarzblende about terrorism and the instrumentalisation of the media is set exclusively in London. Max Annas, on the other hand, located his debut Die Farm (The Farm) in South Africa – written in the manner of an intimate play. This perspicacious portrait of a highly dysfunctional society was awarded the 2015 Deutscher Krimi Preis (German Crime Novel Prize). Friedrich Ani both is and remains the scene’s stand-alone author with his crime novels that provide a voice for the marginalised members of society.

A literary confrontation with reality

The fact that these authors all take the crime novel seriously is the one thing they have in common. For them, the crime novel or the thriller is the most suitable means of questioning politics, business and crime in all their interweavings and entanglements. “The authors exploit the potential of crime literature ,” says Sonja Hartl, editor-in-chief of the Polar Noir magazine. Tobias Gohlis, spokesman for the jury at Krimizeit-Bestenliste, emphasises, “We are not dealing here with primitive representational realism. These authors make use of advanced literary techniques and very different themes in the way they grapple with reality.”

Specialists in the book trade are convinced – the really good German crime writers are experimenting more than ever before with language, structure and themes and are increasingly turning their attention to political and social issues. There is indeed a large number of readers interested in this, …. and we are still counting. On the whole the German crime novel seems to have realised just how important good craftsmanship is – style and language, plot and characterisation seem to have undergone a wave of professionalisation. The ability to think outside the box and get the bigger picture is now a matter of course. In line with this, for the critic, Ulrich Noller, the author Zoran Drvenkar (Still) is a good example of a new generation of writers for whom it is quite natural to operate in the context of a global pop-literature culture. This has led to the limits of the genre becoming less and less relevant, as after all it is all about grappling with reality with the aid of literary techniques – about literature, what else.