Literature for children and young adults
A great variety 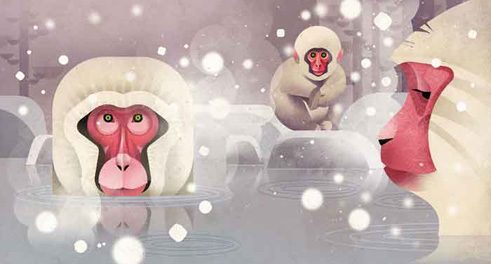 Books for young readers constitute an important segment of the German book market. German-language literature for children and young adults is characterized by ambitious themes and thoughtful illustrations.

Both authors and publishers devote their attention in particular to the target group of children of baby, pre-school and primary-school age. This has to do with the high estimation of literature specifically for this childhood phase, as well as with private and state sponsored efforts to promote reading among children. Antje Damm has pointed up whole new possibilities for with her books for small children, including Ask me! (2010): poetical acquisition of language and reading skills in book form. Andreas Steinhöfel’s Berlin trilogy Rico und Oskar, written between 2008 and 2014, is considered to be particularly effective children’s literature. Its mixture of social study, situation comedy and a deeply moving friendship between two unusual boys is in the tradition of the big city novel for children. It also appeals to the experience of children living in patchwork families. Currently, authors like Milena Baisch, Martin Baltscheit, Renate Düring, Finn-Ole Heinrich, Salah Naoura and Martina Wildner are writing children’s book that are a success with children, literature teachers and also people from the media culture sections.

Books for readers over the age of 12, regarded as young adults’ books, testify to the so-called “all age” phenomenon, i.e., the shift in the reading age to joint target groups aged 13 to adulthood. This phenomenon has been known since Michael Ende’s books Momo (1973) and The Neverending Story (1979). Particularly frequent literary themes are the coming of age motif (Nils Mohl, Es war einmal Indianerland, 2011), the experience of “life on the street” (Jana Scheerer, Mein innerer Elvis, 2010) and the engagement with physical and structural violence (Corinna Antelmann, Der Rabe ist acht, 2014).
In Germany, books for children and young adults are often thoughtfully illustrated. They preserve and renew the traditional culture of book illustration, while also offering scope for free art and visualising a lot of information. Among the illustrators admired by experts over the past years are Aljoscha Blau, Stefanie Harjes, Susanne Janssen, Katharina Kuhl, Jonas Lauströer, Kat Menschik, Michael Roher and Einar Turnowski. Among others, Reinhard Kleist succeeded in establishing the genre of the graphic novel as part of young-adult literature with The Boxer (2012).

Knowledge books with an aesthetic design

Many sections of non-fiction have migrated to the digital media. Yet the genre still has potential as regards original artistic and didactic books for children and young people. Some highly aesthetically designed knowledge books, like Dieter Braun’s Wild Animals (2014/15) and journalistic documentations like Mein Opa, sein Holzbein und der Große Krieg (2013) by Nikolaus Nützel are very striking.

If you search in contemporary children’s and young-adult literature for typical German themes you will find above all not only National Socialism and the Holocaust (Reiner Engelmann, The Photographer of Auschwitz, 2015) and the division and reunification of Germany (Dorit Linke, Jenseits der blauen Grenze, 2014), but also football, altered family structures and a striking number of books with a philosophical leaning.

Literature for children and young adults has long since been about a lot more than just books. Successful books are accompanied today by a variety of other formats, from the audio book to the Youtube film to the merchandising of products. In the German-language region the largest range of formats is covered by the modern classics cover, Kirsten Boie, Cornelia Funke, Janosch and Paul Maar. General trends and changes in literature, books, reading behaviour, the book trade and the media are also evident today in the field of children’s and youth literature – what is more, no longer with a delay of several years, as used to be the case. Meantime, e-books, Apps and self-publishing are as self-evident in children’s and youth literature as interactive team manuscripts in the social media.

Birgit Dankert has been reviewing children’s and youth literature for 30 years for the weekly newspaper Die Zeit. She was Professor of Library and Information science at the Hochschule für Angewandte Wissenschaften Hamburg until her retirement.