Takis Würger
Between fact and fiction

As a journalist, Takis Würger has been honoured with numerous awards and his debut as an author made the best-seller list. Then his second novel “Stella” came out and was roundly criticised.

When journalist and author Takis Würger talks about his favourite books, you can see his passion for literature. Some books move him “to tears”, while he enjoys others so much that he “throws them at the wall” in an excess of enthusiasm. At the end of 2019, responses to his novel Stella were equally excessive. The book was torn to bits by critics, but apparently beloved with readers, who were behind its rapid climb up the best-seller list.

Würger is a trained journalist. Following his civil service, he started at weekly magazine Spiegel where he still works today. In 2010, Medium Magazine named him one of the “Top 30 journalists under 30”. In 2012 and 2014, he received the German Reporter Prize for his Spiegel articles Das verlorene Bataillon (The Lost Battalion) and Fünf Mann und eine Revolution (Five Men and a Revolution). In addition to reporting, he also decided to “try his hand at fiction”, as he later revealed in an interview. The switch from fact to fiction, while not really an easy road was also not that big a leap: “I’ve worked with words for many years.”  His first novel, Der Club (the Club) published in 2017, became a best seller.

Novel “Stella”: between “a disgrace” and “book of the month”

But when his second novel Stella was released at the start of 2019, reviews in the press varied widely. Some critics tore it apart, dismissing the book as “kitsch” and “a disgrace” (Frankfurter Allgemeine Zeitung), “an offence, an insult and even an atrocity” (Süddeutsche Zeitung). Others, like NDR, named the novel book of the month and booksellers and fellow authors chimed in in favour of Würger. Readers must have taken his side too, since the book also managed to make the best-seller list. 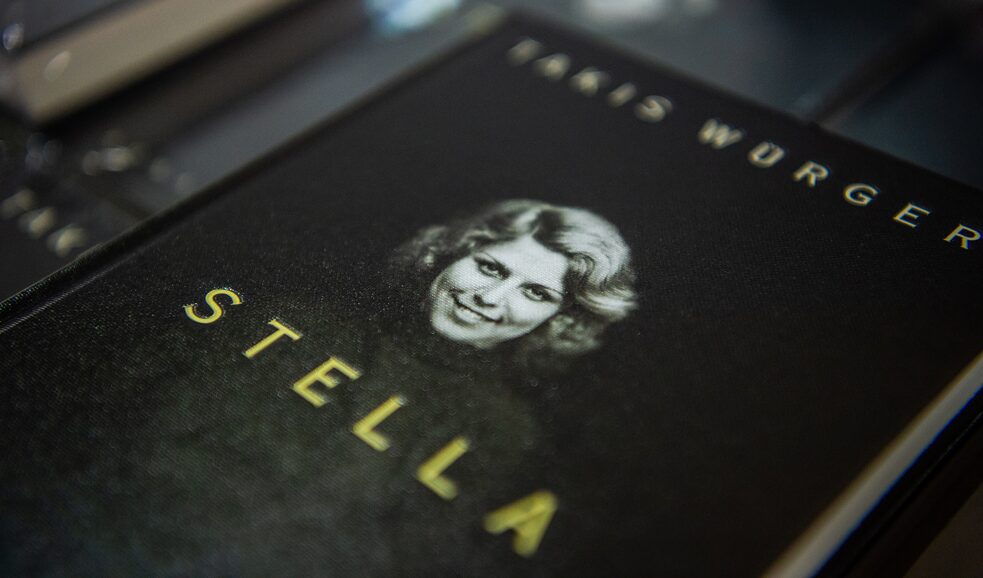 Takis Würger’s controversial novel “Stella”. | Photo (detail): © picture alliance/dpa/Christophe Gateau Stella is based on the real story of Gestapo collaborator Stella Goldschlag, who blackmailed by the National Socialists during the Second World War, denunciated Jews who had gone into hiding in Berlin. Würger wrote the story from the viewpoint of a young man who falls in love with Goldschlag. Critics accused Würger of flipping treatment of the subject matter in a Rosamunde Pilcher style. Publicist Micha Brumlik called it “ridiculing a victim of the Nazis,” though that was not at all Würger’s intention. He had wanted to write a moving novel that showed “how atrocious, evil and perfidious the Nazi regime was,” he told the Deutsche Presse Agentur (German Press Agency). And according to die Jüdischen Allgemeine newspaper, he succeeded. It called his retelling of Goldschlag’s story “muted, believable and yes, also ruthless; the story of a person who was subjected to inconceivable cruelty, and then subjected others to inconceivable cruelty.”

Following the publication of Stella, Würger went to New York on a grant where he continued to work for Spiegel. One year later, a podcaster asked him, “Mr Würger, are you still writing after all the tumolt?” Yes, he responded, he never for a moment considered giving it up. “Writing,” he says, “is what gives me joy.”