For her “bold strokes”: Anke Kuhl has won a number of awards for her children’s comics and children’s book illustrations. | Photo (detail): © CARLSEN Verlag

In her books and comics for children, Anke Kuhl sketches scenes from family life with a loving eye and realistic touch. The award-winning author says that children often experience joy and fear at almost the same time, and this is something she tries to show in her stories.

Life in a blended family can get rather complicated: There is the “child of the new girlfriend of the brother of Papa’s former wife” and other relatives, then there are connections and structures that are sometimes difficult to understand, even for adults.

In the children’s book Alles Familie (It’s All Family), illustrator Anke Kuhl has found the right imagery to depict the often very complex web that is family. At least, that is what won over the Deutscher Jugendliteraturpreis (German Youth Literature Award) jury, who applauded the illustrator for conjuring up emotions in the faces and body language of the characters using very simplistic techniques. The jury noted that Kuhl successfully distilled out the characteristic features of a group or character without falling back on “clumsy stereotypes”. “Anke Kuhl’s draftsmanship, especially her bold strokes, are impressive,” the jury concluded when awarding the prestigious book prize to Kuhl and author Alexandra Maxeiner in 2011. 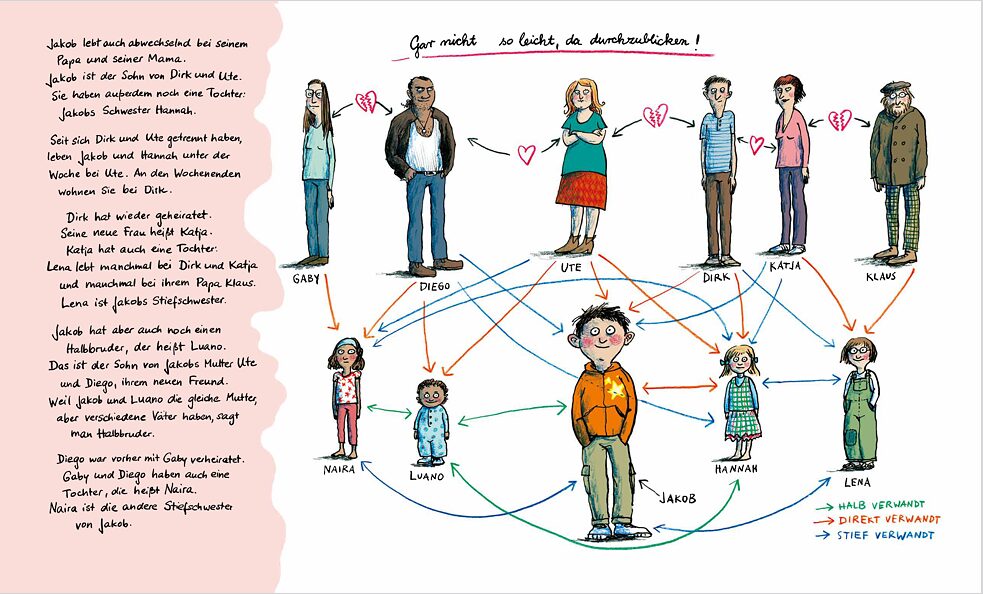 Close to joy and to fear

Anke Kuhl studied drawing at the University of Mainz and at the Offenbach Academy of Design. In 1999, she founded the Labor Ateliergemeinschaft graphic design collective in Frankfurt am Main together with artists like Philip Waechter and Moni Port. Numerous illustrations for picture and children’s books have emerged from there since then. 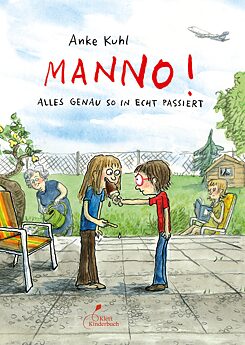 “Exactly how it happened in real life”: Anke Kuhl talks about her childhood in “Manno!” | Photo: © Klett Kinderbuch Verlag Anke Kuhl began writing and illustrating her own children’s comics in 2015. Her 2019 comic book Manno! – alles genau so in echt passiert (Oh Man! Exactly how it happened in real life) focuses on scenes from her own “normal” childhood, as she puts it. The stories are closely tied to the joys and fears children experience. This is precisely what the mother of two found missing in other stories for children, the “juxtaposition of contrasting feelings,” which is why she chose to deliberately highlight this in Manno!

The native Hessian has also won over various expert juries with her work. The Berthold Leibinger Stiftung, for example, awarded the story collection its prestigious Comic Book Prize in 2019, pointing to the roller coaster of emotions that Kuhl illustrates. The foundation selected her because they felt Kuhl’s work was “sensitive and humorous,” adding that what made it particularly special was how it was “always authentic”.