Jens Harder
The Narrator of Time

Harder believes that “the focus should be on relevance and reality”. Which is why his works include reports in comic form from Berlin, Israel and China. | © Jens Harder

Jens Harder only began drawing comics as an adult. This influences his work: rather than using conventional narrative structures, he uses an associative narrative style to expand the concept of the medium – most noticeably in his multi-volume history of the universe.

Jens Harder was born in Weißwasser (East Germany) in 1970. In 1996 he began a degree in communication design at the Weißensee Academy of Art Berlin, which is where he first came into closer contact with comics as a medium, and especially with the highly abstract and experimental works of cartoonists such as Chris Ware and Richard McGuire. “I wanted to achieve something similar, broadening the view of the reader and thereby delegating part of the narration to him.”

In 1999 Harder co-founded the Monogatari group of illustrators to which Ulli Lust also belonged and which existed until 2005. The group produced a series of reports in comic form from Berlin, Basel and Israel that was entitled Alltagsbeobachtungen (i.e. Everyday Observations), because Harder believed that “the primary focus should always be on relevance and reality”. A highly associative style of narrative is already evident in these reports: the observations, which for the most part contain fewer than 20 pages, are put together from a large number of individual images. Rather than featuring a constant narrative flow, they depict various individual events that are not continuously interlinked but are interrupted by comments and digressions.

Alpha, the first volume of Harder’s history of the universe, used the same approach but expanded it to cover enormous – almost inconceivably large – periods of time: the book encompasses 14 billion years, from the Big Bang to the appearance of the first human. “I am fascinated by the way comics portray time, especially when dealing with long timeframes.” In Alpha, Harder illustrates the results of existing research into the evolution of the stars and planets, and the beginnings of life on Earth. He juxtaposes this with pictorial quotes from art history – everything from Michelangelo to Donald Duck. “I wanted and indeed still want to combine and fuse everything that shapes our view of existence.”

Harder describes his approach, which goes further than existing books on the subject, as “building visual bridges”. This is because the illustrator interlinks the history of the world with the history of the world’s depiction – “incorporating motifs from thousands of years of human creativity”. Four volumes are planned, the last of which he intends to complete by 2030.

In the artist’s own words

“I am not particularly interested in inventing anything. The world is so wonderful and rich – in stories, destinies, impressions, correlations, mysteries. For me, this is always a treasure trove that needs to be uncovered and explored.” 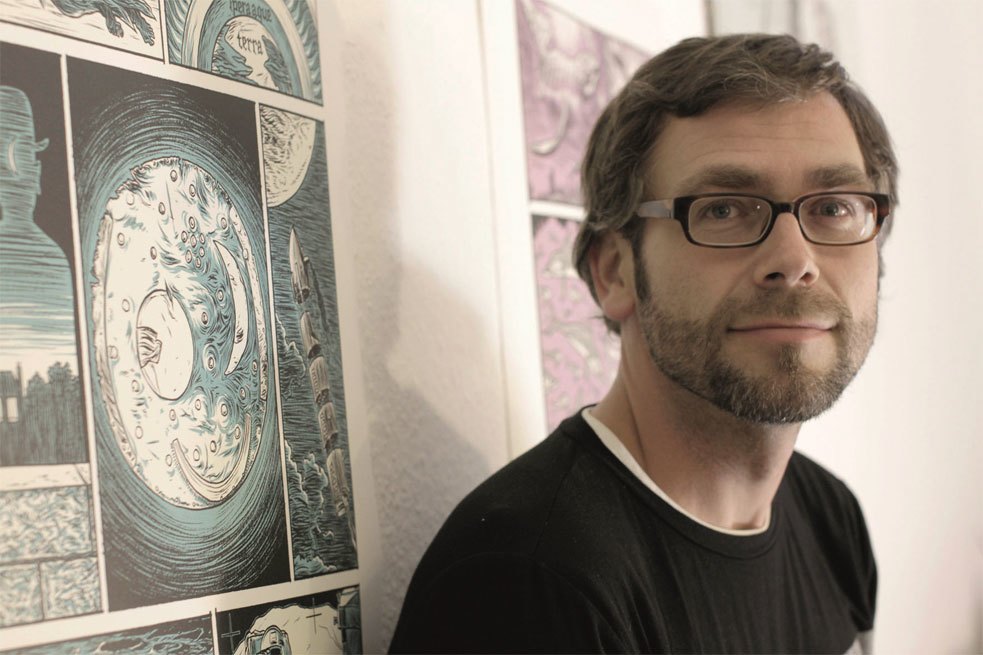