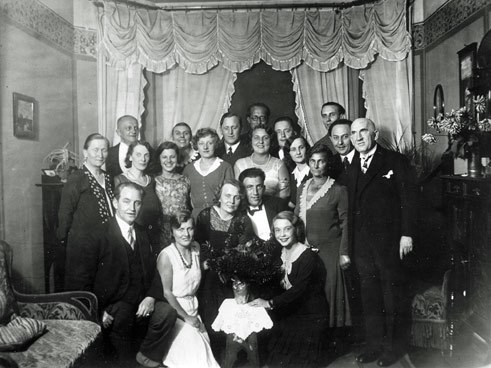 For ten years the German-Swedish writer Torkel S Wächter has been reconstructing the history of his German-Jewish family during the Second World War. The online project “32 Postcards” has made it possible to re-experience the events in the form of an ongoing diary in “simulated real time”. Now “32 Postcards” has been published as a book.

Mr Wächter, you have been working on the literary estate of your German-Jewish father for years. His parents, your grandparents, were murdered in a Nazi concentration camp; he was held for a long time in prison and tortured. Actually, Germany should be in your bad books, shouldn’t it?

I did grow up with a very negative image of Germany, that’s true. After my father fled the Nazi regime to Sweden in 1938, he wanted nothing more to do with his homeland. But when I found all the postcards and letters that my he had left me, and gradually began to decipher them, something interesting happened. Suddenly, I realised that my father’s hatred for Germany, which I experienced as a child, was in fact a betrayed love. Because he actually had a very happy childhood in Germany. My grandparents lived in Hamburg, my father played football at the Hamburg Sport Club, was active in the Wandervögel movement and loved German philosophy and literature.

So you’ve been reconciled with Germany? 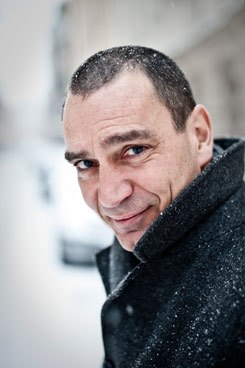 The author Torkel S Wächter | © Jurek Holzer Yes. Perhaps even more than that. I’ve come, you could say, closer and closer to the German past of my family. First I learned the language so that I could decipher my father literary estate. With Ruth, my father’s second wife, I travelled to Germany and was very impressed by her open, conciliatory attitude towards a country that had also destroyed her own family. And since 2006, my children and I have even been German citizens.

All the same, the material you found fourteen years ago in the attic of your house in Stockholm bespeaks much suffering and despair. You decided to publish it and chose for publication a very special form, which you call “Simulierte Echtzeit”. What should we understand under this designation?

The original idea was to send again the 32 postcards that my father wrote mainly to my grandparents in Hamburg between March 1940 and December 1941 on the exact same day they were then sent – only now online seventy years later. The effect was amazing. Those interested in the publications could subscribe for the posting, slipping, as it were, into the role of the recipients, and so themselves experience all the sender’s anxiety for the welfare of my grandparents.

The content of the postcards were subject to strict censorship by the Nazi authorities. It consists in innocuous reports of your grandparents’ everyday life in Hamburg. How have you decrypted the situation for the reader?

True, the messages are at first difficult to decipher. They’re commonplace and you can’t understand the situation in which the writers find themselves. I therefore decided to add to each postcard a short commentary, no longer than the original, which puts the situation in its historical context. But I also wanted deliberately to restrain myself as an author and give the cards the opportunity to speak for themselves.

How can the postcards speak for themselves?

Simply as objects, the cards convey a great deal of information. You can see the red censorship stamp of the Nazi officials, the crossed-out address and the inscription of the new address. You can see from the postmarks that it took longer and longer for the cards to reach Sweden from Hamburg. And I think that my grandparents’ finely curved Sütterlin script is also a valuable historical document, which can help the reader delve deeper into the past.

It’s surprising that your grandparents chose the medium of the postcard, an essentially unprotected form of communication.

That’s true, but there’s also something completely logical about it in their situation. They used postcards as today we would use e-mails. They also wrote letters. But the postcards are the backbone, the basic network of the infrastructure across the continents through which my grandparents held the family together – my father had two brothers, who fled to Argentina and Brazil.

“32 Postcards” isn’t the only project that you’ve developed on the basis of the material. Die Ermittlung (i.e., The Inquiry) and On this day 80 years ago, both also designed online portals, process further documents. Are the postcards in a sense only the tip of the iceberg?

You could say that. Sometimes I feel a bit like Edward Snowdon: the most interesting part of the material hasn’t been published yet. This includes, for example, my father’s letters from the concentration camp Fuhlsbüttel between 1935 and 1938. I’m in touch with other people who have had experiences similar to mine, and I think I may say that the documents which my father left me are something very special.

In view of everything that you know today, how do you stand on the question of German guilt?

The tragedy of the Nazi period shouldn’t blind us to the fact that the history of the Germans and the Jews was actually a success story for centuries. Moreover, I have great respect for the Germans’ readiness to come to terms with their crimes. Each generation must find its own ways of remembering. And it should always been borne in mind that remembrance isn’t about nostalgia, but rather about shaping the future.

Klaus Lüber is a cultural and media studies expert who works as a freelance author for German newspapers “Süddeutsche Zeitung”, “Die Zeit” and “Die Welt”.