Culture of burial
From Cemetery to Tree Burial 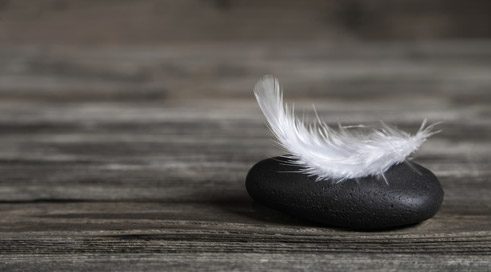 Urns instead of family graves, cemeteries for woman or footballers – from the treatment of the dead much can be learned about the living. In Germany too society has changed, and with it the culture of burial.

The way in which societies bury their dead is connected to how people see themselves: embedded in a religious community that prescribes them rituals, or as individuals who want to be responsible for both their own lives and deaths. This distinction is again reflected in current German cemetery culture, which is marked by two trends: the one toward cheap burials in urns, with little expenditure and sometimes even anonymous; and the other toward the wish to raise oneself out of the mass, even in death, and present oneself as part of a particular social group, as football fan, pantheist or animal lover.

“The family grave is gradually disappearing”, says Norbert Fischer, cultural researcher and expert on funerary culture, “in cemeteries there now dominate new social groupings”. The cemetery is no longer perceived as an exclusive, strictly regulated place for death, mourning and commemoration. “Mourning is finding new places”, says Fischer. “It is shifting to memorial sites, to the private sphere, and mourning rituals are now designed by the mourners themselves.”

Families no longer live in one place, bonds are dissolving, many singles in big cities have no descendants who maintain their graves. Since 2013 now there have been more cremations than burials. Urn graves require little space and are usually easily maintained. In cemeteries there have arisen easy-to-care-for communal facilities, memorial landscapes and miniature gardens.

For example, in the main cemetery in Saarbrücken, there is a grave landscape named after the signs of the zodiac. In the Ohlsdorf Cemetery in Hamburg, the largest in Europe, a “Garden of Women” has been established, which includes the burial places of many important Hamburg women. In Gelsenkirchen, fans and members of the football club Schalke 04 have been able since mid-2012 to find their final resting places in their own cemetery: the “Schalke Fan Field”, laid out in the form of a stadium with goals and center circle. In Berlin there has existed since 2014 the first lesbian cemetery complex, and in Essen, since the summer of 2015, you can have yourself buried in the same grave together with your pet.

Burial in your own garden or in nature

“In most German states, except Bremen, there’s a requirement to bury the dead in a cemetery”, explains Norbert Fischer. “Burials, whether of cremated remains or full body burials, are permitted to take place only at designated places.” But this restriction is slowly being breached: Bremen is the first federal state to allow urn burial in private property. The scattering of ashes on the open seas at some port cities in Schleswig-Holstein already makes up more than ten per cent of all burials.

“There is also a considerable increase of tree burials”, says Fischer. Friedwald and Ruheforst, the two largest providers of this kind of burial, lease a piece of forest from the forest administration, manage it and there set urns containing the remains of the deceased under trees. A small sign can be fastened to the tree inscribed with the name of the dead person. Fischer explains the success of tree burials in terms of the deep-seated romantic German longing for the forest and nature.

Various religions have also found their own place in cemeteries: Muslims bury their dead facing east and Buddhists let colorful mourning cloths waft over gravestones, Jews put small grey stones on the grave instead of flowers.

Mourning on the Web

Even the Internet has exerted an influence on the new mourning. With Facebook you can make a “legacy contract” that applies for closing an account in case of death and the setting up of a “memorialization”. Friends can share memories in the timeline and contribute their own.

Using the example of a fatally injured young person, the cultural researcher Sabine Schaper examined, with the permission of the family, the bequeathed Facebook profile. She found especially significant the high number of participating users, the diversity of cultural patterns and the persistence of expressions of sorrow over the years. But digital forms of mourning did not supplant rituals on the spot, ranging from the funeral service and burial in the local cemetery to the designing of the grave and a school memorial service. Schaper concluded: “Digital practices have not abolished traditional forms of mourning and commemoration, but rather expanded them”.

All daily newspapers now offer online death notices. The mourning portal trauer.de has collected them. They remain on the Web as long as the customer pays for them. You can, for a fee, light a digital candle for the dead and offer comfort with a short text.

The dissolution of traditional rituals has unfolded new forms of leave-taking. Norbert Fischer sums up: “The result is patchwork ceremonies in which self-determined elements have gained a greater importance than before. The ceremonial procedures can include a personally designed and laid out shroud, painting of the coffin, the mourners’ own speeches and musical performances”. But even if the bereaved increasingly intervene in the mourning ceremony, no one desires to do completely without assistance: undertakers, funeral speakers and finally also the church are still in demand when it comes to the “last things”.

Volker Thomas is a freelance journalist based in Berlin and runs an agency for text and design.