Social entrepreneurs are less interested in money than they are in creating a better world. They often rely on digital technologies to achieve their goals.

According to the United Nation’s Food and Agriculture Organization, about one third of all food produced is ultimately thrown away. If only half a percent of this food were consumed instead of wasted, it would not only be an ecological win, but also save a lot of money. Building on this idea, the Food+X platform was created in Slovenia to address food waste using blockchain technology.

Food+X strategically matches food manufacturers, restaurants and supermarkets with food consumers, enabling companies to quickly and easily distribute excess and leftover food to customers. Currently, around 120 retailers in Europe have signed on, including many big names such as Henkel, Danone and Dr. Oetker. Food that can no longer be delivered to customers at reduced prices is donated to people in need.

Food+X is a prime example of a social enterprise. These companies are not only interested in money, but also in solving societal problems – in this case food waste. Food+X’s business model also brings profit-oriented companies on side, as it allows them to make money with products they would otherwise simply have thrown away. And customers benefit from the reduced prices. Food+X founder Dalibor Matijevic sums up his company philosophy: “As young social entrepreneurs, we try to have a positive impact on the world and inspire others.”

In 2015, the Federal Ministry of Economics and Energy estimated the number of social enterprises in Germany at around 70,000 – roughly two percent of all companies. Quite a few new social enterprises have been founded since then, many structured as companies, but some also as non-profit organisations (NPOs) or charities. But what actually makes a company or an NPO a social enterprise?

The United Nations set 17 Sustainable Development Goals (SDGs) for the world’s population to achieve by 2030. They include ending poverty and world hunger, promoting gender equality and education, and access to clean drinking water and sanitation for all. Companies, associations and projects that are economically self-sustaining while at the same time contributing to the SDGs fall into the category of social enterprises. 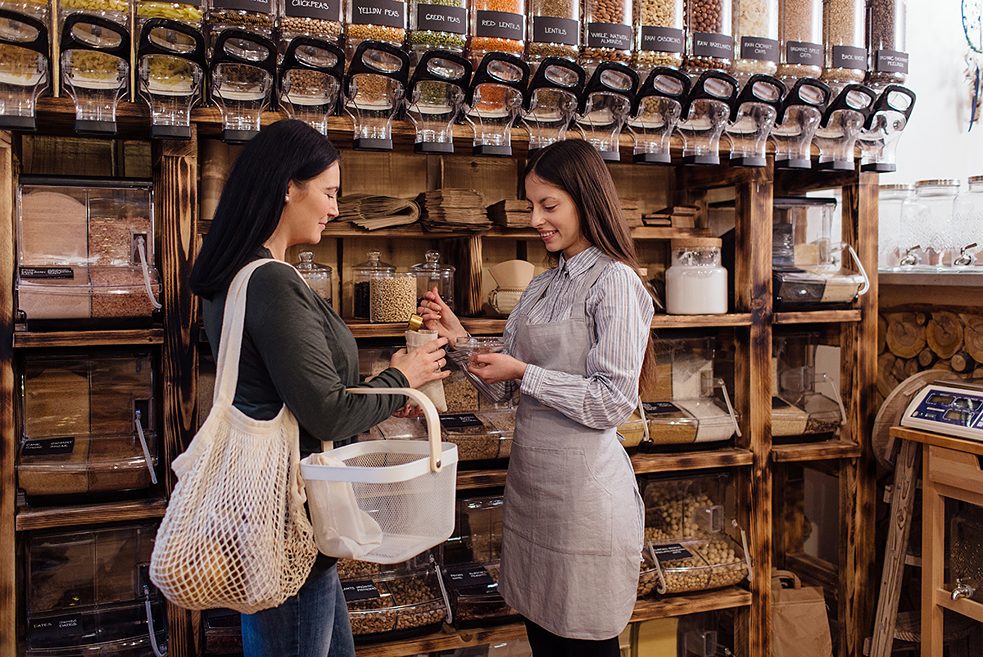 Social entrepreneurs often rely on innovative ideas and new technologies in their projects. Food+X and the associated app use blockchain technology to achieve low transport costs and ensure high efficiency and transparency. The Atmosfair company contributes to CO2 mitigation by offering consumers an offset option at the click of a mouse when purchasing a flight ticket. Rehago’s Virtual Reality app provides rehabilitation training for stroke patients to compensate for a lack of therapy options. The Mobile Retter (Mobile Rescuers) association uses the GPS in first responders’ smartphones to organize help more quickly in an emergency. And the My Müsli start-up did not begin by selling its regionally and ecologically produced muesli in supermarkets throughout Germany – the company became known via its website, where customers can put together their own individual, favourite mix.

Since 2012, the European Youth Award has honoured the social entrepreneurship projects of young, European teams actively committed to sustainable development, generally through the use of digital technologies. “I am convinced that every company – whether commercial or not – and every individual can make a sustainable contribution to the SDGs,” says Birgit Kolb, European Youth Awards project manager. And just in case you were wondering, the 2018 winner was Food+X.