Green Touring
Culture should not destroy the climate

Artists and producers from the music scene are actively interested in environmental conservation. Some question whether preventing plastic waste at festivals and concerts is enough though when the travel involved in touring itself produces tons of CO2.

A music festival after the fans have left is a pretty sad sight: beer bottles and cardboard or plastic cups litter the lawn, and some of the tents have been left standing, abandoned at the campsite. But from an environmental point of view, the mountains of rubbish are not even the central issue: the thousands of music lovers who travel from far and wide to an open-air festival also generate huge quantities of CO2.

Many festival organisers are now working to address the problem. The Hurricane Festival that attracts around 65,000 music lovers launched a concept for a more sustainable festival culture with Grün rockt (Green Rocks). It focuses on preventing huge amounts of rubbish and food waste. Disposable plastic has been replaced by ecological, biodegradable alternatives, the food sold is primarily sourced locally, and any food leftover is donated to food banks. A festival ticket is also a pass for the regional train network for travellers from near-by cities. Elsewhere, organisers have even gone as far as requiring tents to be secured on the muddy ground with compostable tent pegs.

Artists are also putting some thought into how they can reduce their ecological footprints. As early as 2007, British band Radiohead commissioned a comprehensive CO2 assessment of their tour activities. Frontman Thom Yorke clearly stated that while he found the amount of energy touring required completely unacceptable, he was also unwilling to give up performing. So the band took the next logical step and launched their Carbon Neutral World Tour in 2008. The tour equipment was sent from England to the USA by ship, the tour bus ran on biofuel and the audience was encouraged to form car pools or use public transport to get to the concert venues. 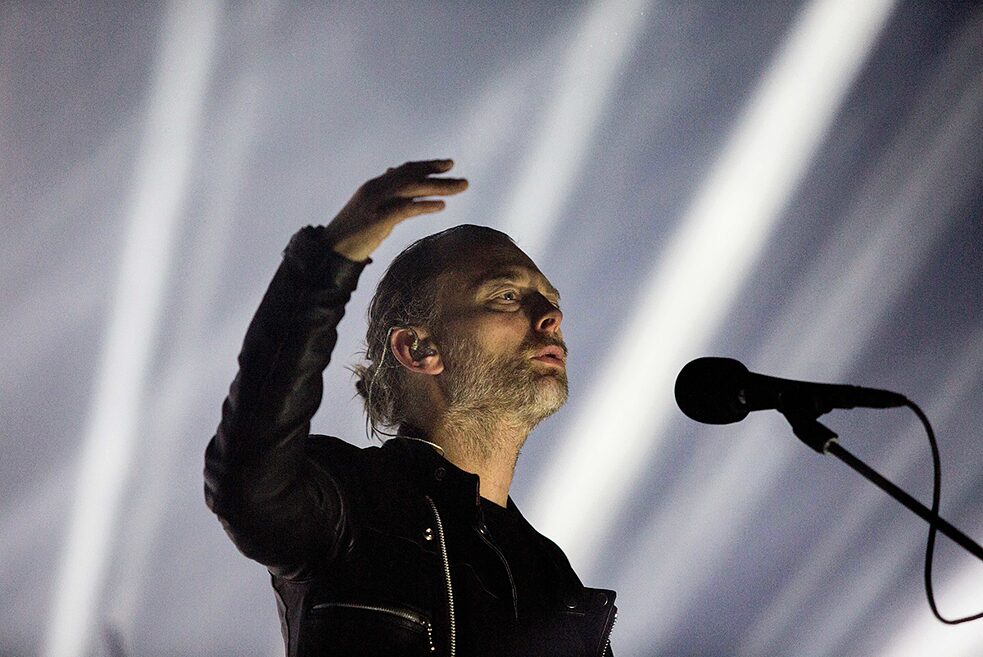 Green touring pioneer: Radiohead’s Thom Yorke | Photo: © picture alliance / Photoshot Many smaller artists and bands have taken inspiration from Radiohead’s approach. In 2014, indie band We Invented Paris around Swiss singer Flavian Graber joined forces with the Green Music Initiative and a student project group from the Pop Academy Baden-Württemberg to develop an environmental concept for their live shows. Students also drew up a general green touring guide that includes a lot of practical examples from bands like Radiohead and other well-known pop musicians, such as Jack Johnson and Clueso.

Is it time to stop touring entirely?

Critics have raised concerns that such efforts do not go far enough. At the beginning of 2019, Fredrik Österling, the director of the Helsingborg Concert Hall and Symphony Orchestra in Sweden, decided to take it further and boycott air travel. If the orchestra cannot make the trip by bus or train, it does not go at all. Österling has also criticised what he sees as an overproduction of culture. He argues that there are enough local skilled musicians and artists, especially in large cities with a range of concert opportunities, that there is no need to fly in guest performers for cultural enrichment.  Vanity and competition on the part of the concert halls as to who has already performed on which of the world’s major stages, he claims, is sometimes taken more seriously than audience demand.

This attitude is rather controversial. Flavian Graber of We Invented Paris has a difference response as to whether climate protection is going too far at the expense of culture: “Music, art and culture in general can highlight an issue like climate protection in a unique way and make an emotional experience. It can act as a catalyst for certain movements in society and is, therefore, in my opinion essential for climate protection.”

He also takes a critical view of the idea of reducing the environmental impact of touring by offering live broadcasts in concert halls. “The options here will increase with time as we develop virtual or augmented reality that means you might not have to be there in person. On the other hand, a live concert experience is unique and really can’t be created any other way.” 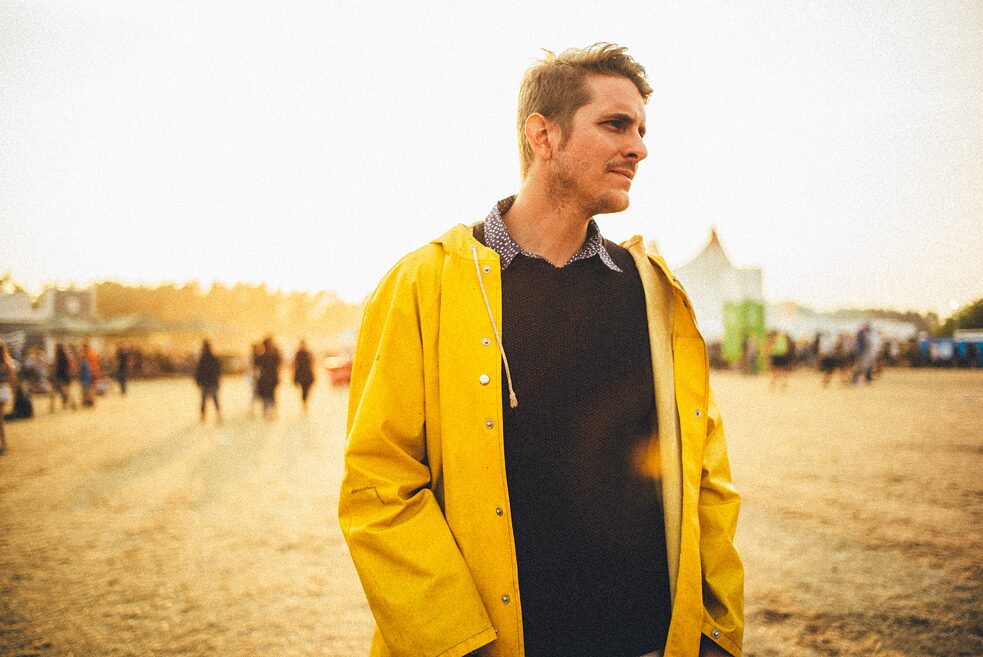 Flavian Graber from We Invented Paris: “Music can highlight a topic like climate protection in a unique way and make it an emotional experience.” | Photo: © Martin Köhler / Hndgmcht

The band has found a way to raise awareness of the awkward issue of green touring among their young fans by literally inviting them to the table. The Piquenique Acoustique event held at the 2014 Southside Festival is a good example. We Invented Paris played an acoustic set at an organic brunch, that featured fruit and vegetables from organic farmers. Climate change was also thematised at the brunch with the around 500 attendees.

It is important to Graber that the fans do not see his enthusiasm for environmental protection as missionary. “I believe that as a musician you automatically have a certain amount of influence, which means you also have more responsibility. So doing things consciously can really help. It’s difficult though to make sure you’re not just doing it to promote yourself. You also have to incorporate it into everyday life when nobody is watching, otherwise there is no point.”